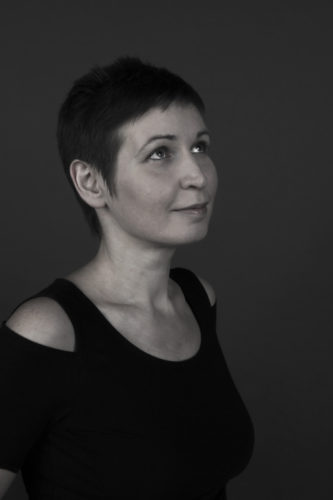 Director, member of Moscow Puppet Theatre, winner of the Russian National Theatre Award THE GOLDEN MASK (A Fairytale with Closed Eyes: Hedgehog in the Fog, 2017). She worked as the Principal Director of the State Puppet Theatre of the Republic of Karelia and now directs shows in Russia and abroad.

For her productions, Pakhomova often chooses either rarely staged texts by Čapek, Preußler, Aymé, Pavić, or finds some unexpected turns for canonical works: thus, Ostrovsky’s Storm became a monologue of Marfa Kabanova, several Shakespeare’s plays were united by the role of the Fool and the subject of trial, the production of Masha and the Bear is performed by the actors, who look like people from the 1920s. Quite often her productions are accompanied by street flashmobs. At Moscow Puppet Theatre Pakhomova continues the tradition of performances for people with disabilities, first of all, for the blind and visually impaired.

A Dog’s Fairytale — 2008, Puppet Theatre of the Republic of Karelia

The Tempest — 2011, Puppet Theatre of the Republic of Karelia

Zlata the Goat — 2011, Puppet Theatre of the Republic of Karelia

A Fairytale with Closed Eyes: Hedgehog in the Fog — 2016, Moscow Puppet Theatre

Through the Other Eyes of the War — 2017, New Puppet Theatre in Krasnodar

Based on Shakespeare — 2014, Puppet Theatre of the Republic of Karelia 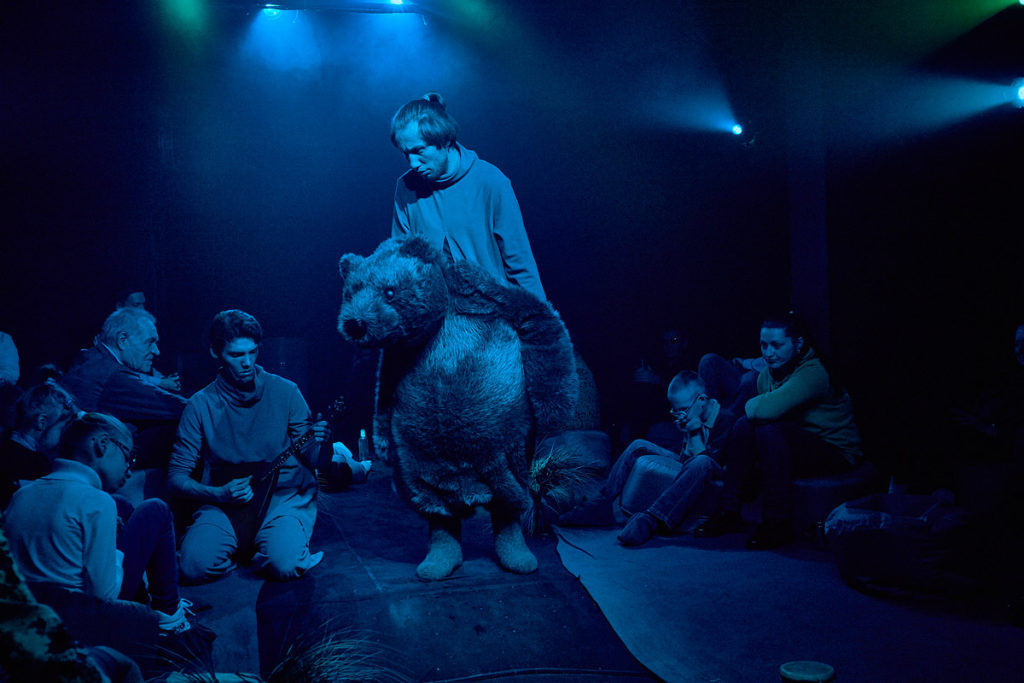 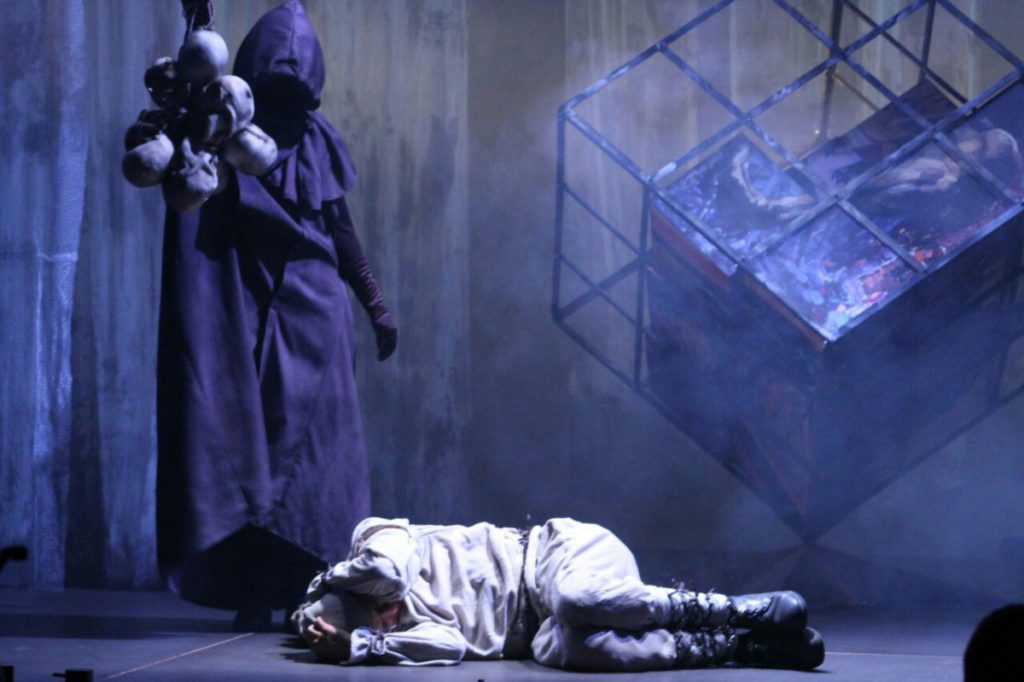 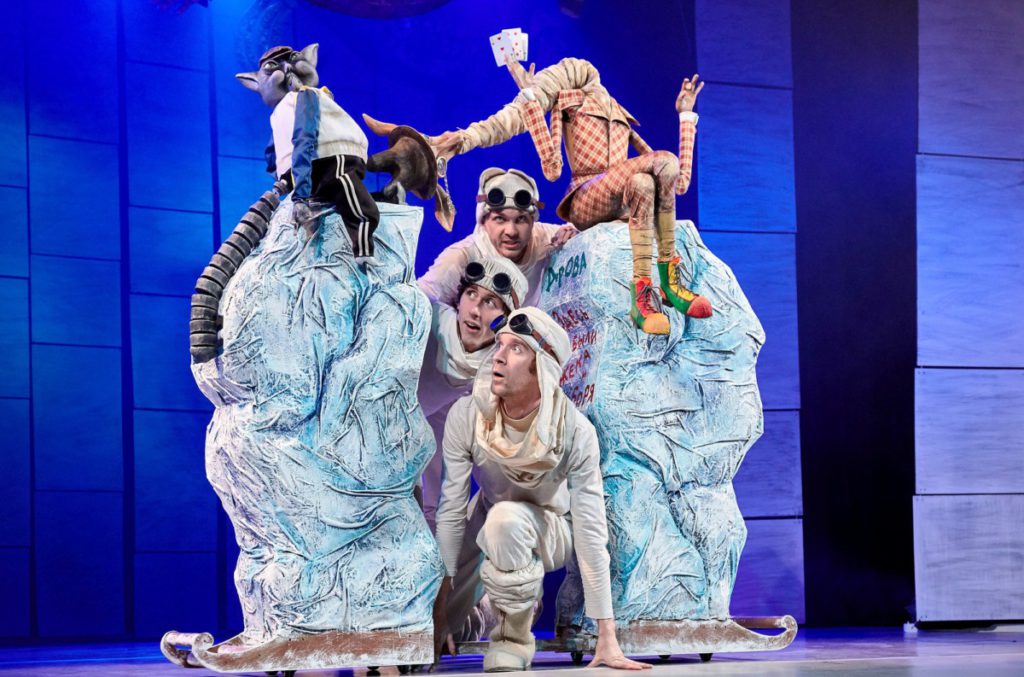 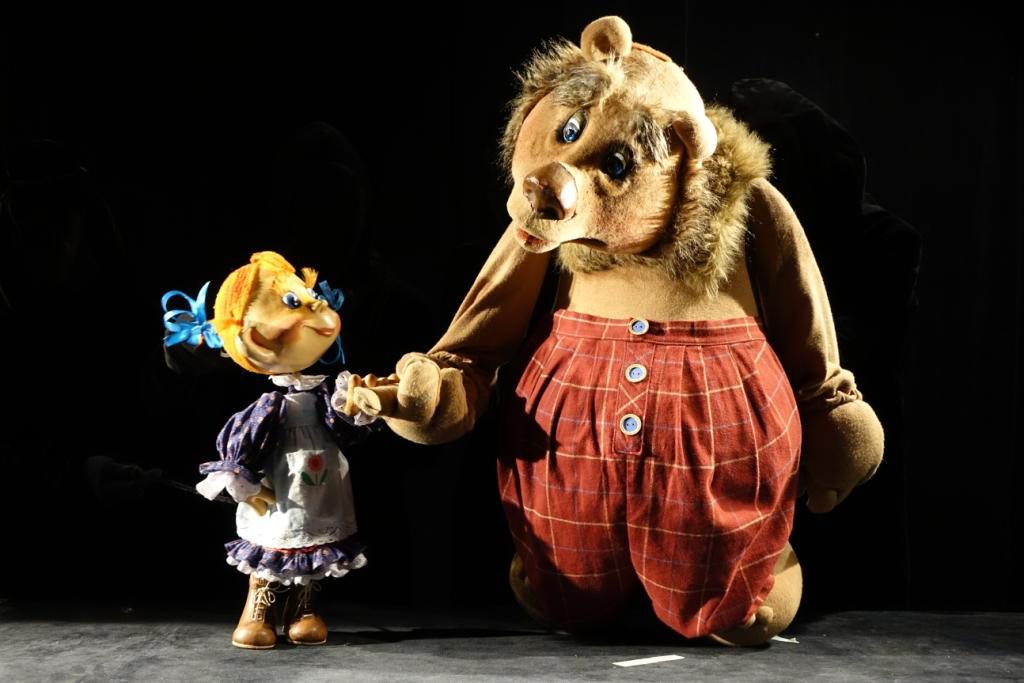 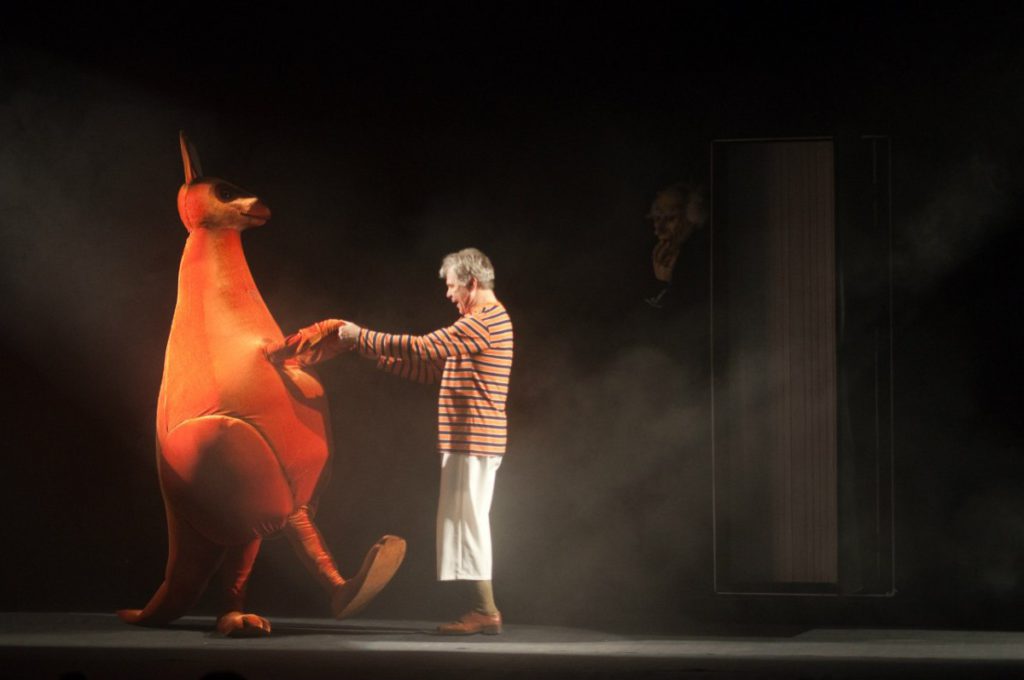 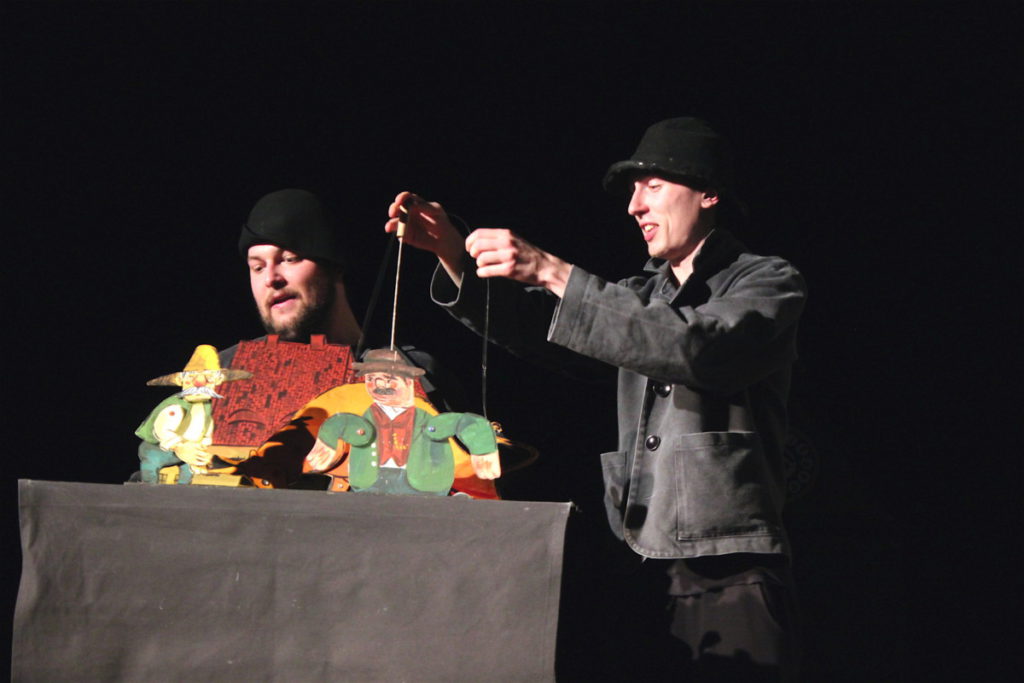 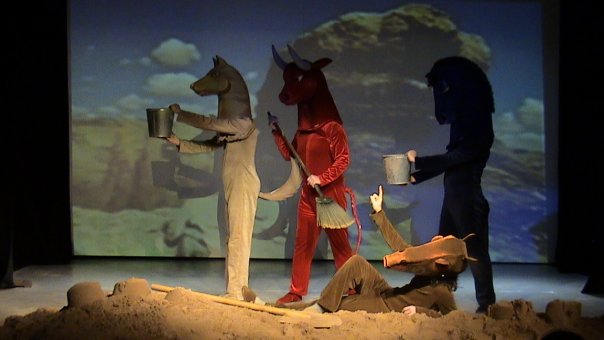 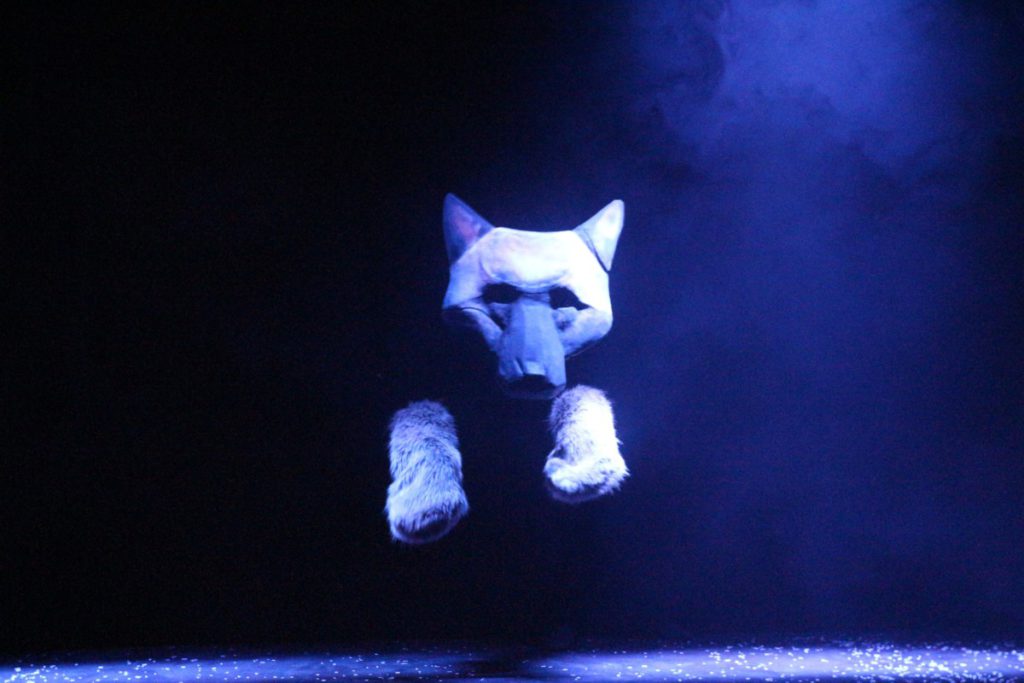 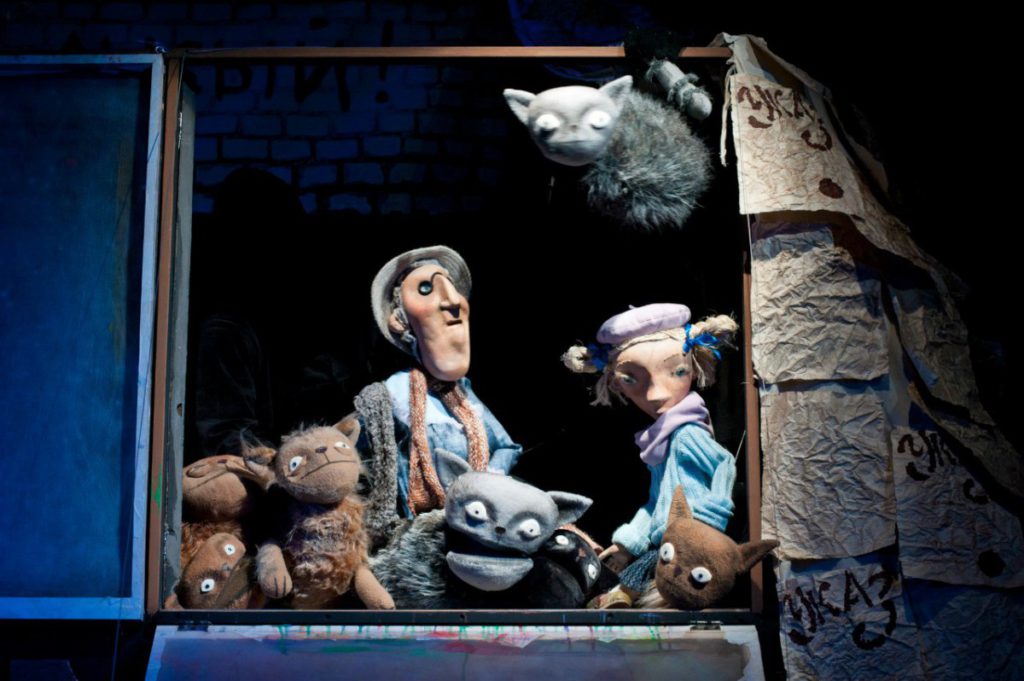 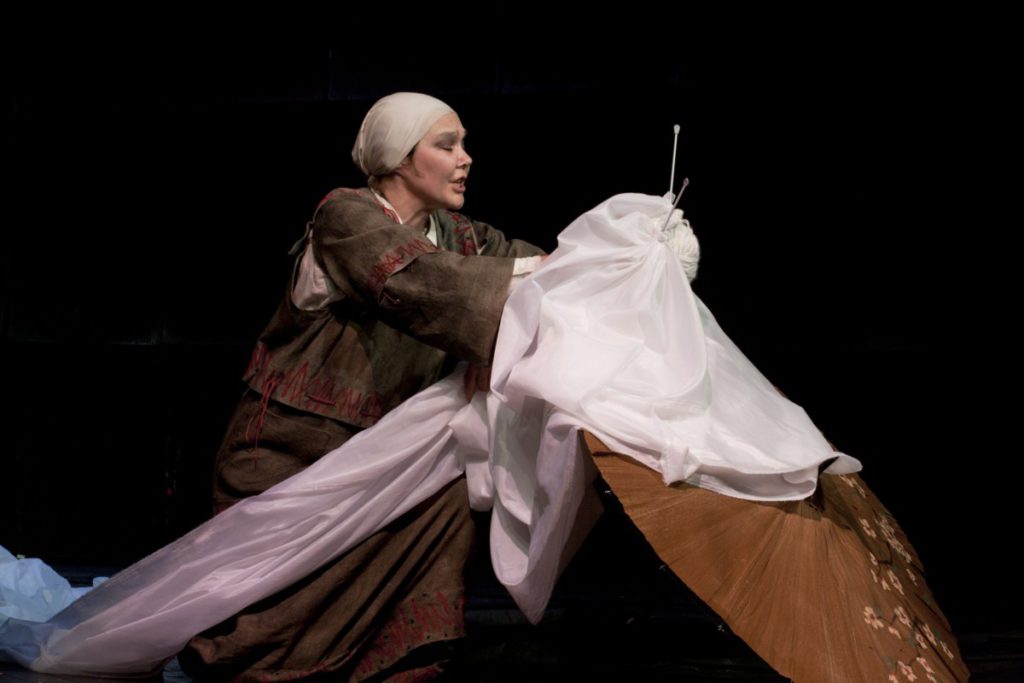 «
»
“In my opinion, we should not be afraid of speaking with children seriously and honestly about the most vital things – losses, love, betrayal, friendship. Today entertainment industry is focused on thoughtless fun, and the same is expected of theatre. However, children should not think that theatre is just “for kicks”, that it is antics and shallow pastime: this might impede education of the soul”.
Natalia Savvateyeva, "Theatre Courier"
«
»
“For me, everything happening on stage should be justified. Sometimes I can not explain certain things even to myself, but I feel – that is the way it should be. After some time it becomes possible to explain this”.
Anastasia Yermasheva, "Lyceum"
«
»
“I think that certain vital things should be explained to young people in their childhood: the pain of loss, death, and loneliness. We should do that because, if person did not learn about that as a child, he or she will not know how to address that later”.
Anna Kazarina, "Maskbook"

Career: Perhaps the most important is the system of thinking, how and by what means you perceive the world. In my case, it is a system of symbols, which I put together consciously and unconsciously as a puzzle, which can not be solved. These symbols, each having its own meaning, its own value, in different combinations give birth to new meanings and new values. I guess the fact that I spent my childhood in Poland and had a visual experience related to that also influenced my choice of profession which I have never regretted. My parents have always accepted my choice. It is also great to have people who believe in you. It is not necessary for you to know why – and they will not tell you anyway. However, this belief helps you not to choke and drown, when you start working. I do not want to name any names, because those who need to know are aware of these names. There were also some unexpected revelations: for instance, the fact that Harry Houdini used a life-size puppet in his film came as a shock to me.

Favorite authors, subjects, stories: It is hard to tell. All of this is such a sensitive matter… Usually, I come up with a subject, when a certain event happens in my life causing shock (such an event may not necessarily be tragic). At that point a work of literature comes back to me – somehow all by itself. Sometimes it happens, of course, that you read something and understand that this book touches upon some subject, which has haunted you for a long time, but you have not been aware of that… Authors… Authors are like a mood, a state of mind… I simply read a lot… This is one of the rules, according to which I live: it is a must for me to read a certain number of pages every day. It is very hard to name them all. Anton Chekhov and Maksim Kurochkin,  Milorad Pavić and Todd Strasser, William Shakespeare, Alexander Ostrovsky… too many to mention. Books of the Samokat Publishers have become a pleasant discovery, especially the series The Books Which Are Not For Children. In general, authors and works become a reflection of an individual’s inner world here and now; for instance, I often read a two-volume book on physics – it is relevant and could be applied to human relations, and there is definitely humor in it.

Favorite system of puppets/texture: I do not have a straightforward answer. I am trying to see and sense the system, inherent to the author. Even if the system is not close to me, but it is inherent to the author, I am trying not to resist it. I only know that I would never work with a marionette, because I do not think that I am capable of mastering this system and especially supervising an actor who operates a marionette.

Does a performance need text? The questions you are asking cannot be answered in short. That is how I feel it: there are works, which will be ripped of their important component, if the poetics and musicality of the author’s text is missing. And here one has to decide whether this component is important for the future production or one can do without it.

Is the expression “puppet theatre” still relevant today? I would rather say yes than no. A puppet or certain material may be more expressive in its laconic plasticity – or more striking in its details – than a drama actor. Puppet theatre allows to visualize various conditions, which are blown out of proportions. Also, it offers a larger range of the means of expression.

What, in your opinion, is the difference between puppet theatre in Russia and the West? It seems to me that many puppeteers carry with them a whole bag of inhibitions, they are afraid of making mistakes, being misunderstood – we can feel this quite often. Perhaps it has something to do with the fact that those, who were not admitted by drama departments, went “to study puppets” – in order to wait for a year and then to try applying for drama acting again. This approach is wrong. A puppeteer, as any person in any field, should act consciously. And the more liberated the puppeteer’s mind is from the notion of “how this should be done”, the more interesting his or her path could be. For instance, I cannot formulate what I was taught. However, the most vital thing is that I was not prevented from thinking the way I am thinking, and I am very grateful for that to my master teacher I. A. Zaikin.

What is useful about collaboration and cultural exchange? I guess everyone would have an individual experience. I do not know how I can be “helpful”, but I am glad to observe a different way of thinking. This is a great experience, helping to push the borders of one’s world, which everyone has, and see what happens in other worlds. As trivial as it may sound, today – when humankind is driven to the edge and people are more nervous, suspicious – cultural exchange becomes especially important in order for us to remember that we are all people. 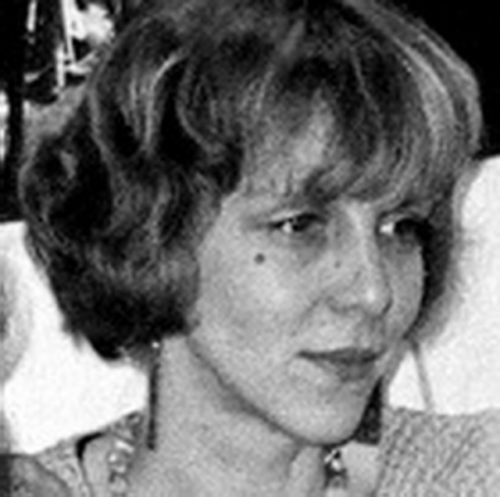 “The stage version of the play created by director Natalia Pakhomova seems to be woven, knitted, made with love, tact, and understanding of Ostrovsky…
Working on her production, Natalia Pakhomova for the first time in Petrozavodzsk announced open rehearsals. This must have complicated the lives of both the director and the actor, but Pakhomova understands very well that the audience should be educated, trained, and “tamed”. That is why The Storm has devoted fans, eager to see it again and again.”.