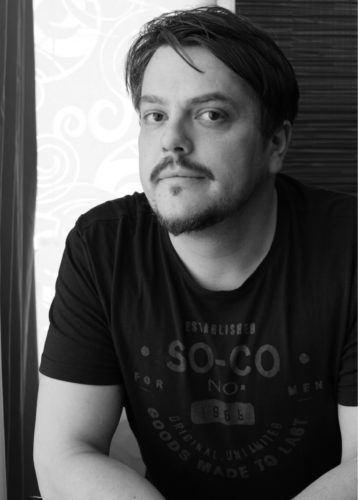 Director, principal director of Brest Puppet Theatre (Belarus), recipient of a diploma of the National Theatre Award THE GOLDEN MASK; Alexander’s production of The Notebook became the best production of puppet theatre in 2016.

In 2015-2017 – artistic director of Perm Puppet Theatre. He worked with students during a project in Perm and the International Summer School of the Theatre Union of Russia (STD RF).

Alexander’s first degree is puppet theatre actor, he played several roles in Belarusian State Puppet Theatre in Minsk, including Treplev and Trigorin in Alexei Lelyavsky’s The Seagull. Subsequently, he received a degree in directing and started working with this theatre permanently.

Alexander works in Russia on a regular basis, choosing for his productions literary material for adults – work, created predominantly in the 20th century:  The Dance of Death, Narmahnar, The Petty Demon, Munchausen-show. Thanks to his collaboration with artist Tatiana Nersisyan and her affinity for grotesque, in the productions of Yanushkevich it became possible to play with the space and scales of characters who are not necessarily anthropomorphic and who put an emphasis on the constant opposition on puppet theatre stage (alive – dead), which is connected not only to the matter, but also to the soul of dramatis personae. An important component of the director’s works is music by Alexander Litvinovsky which is specifically created for every production. 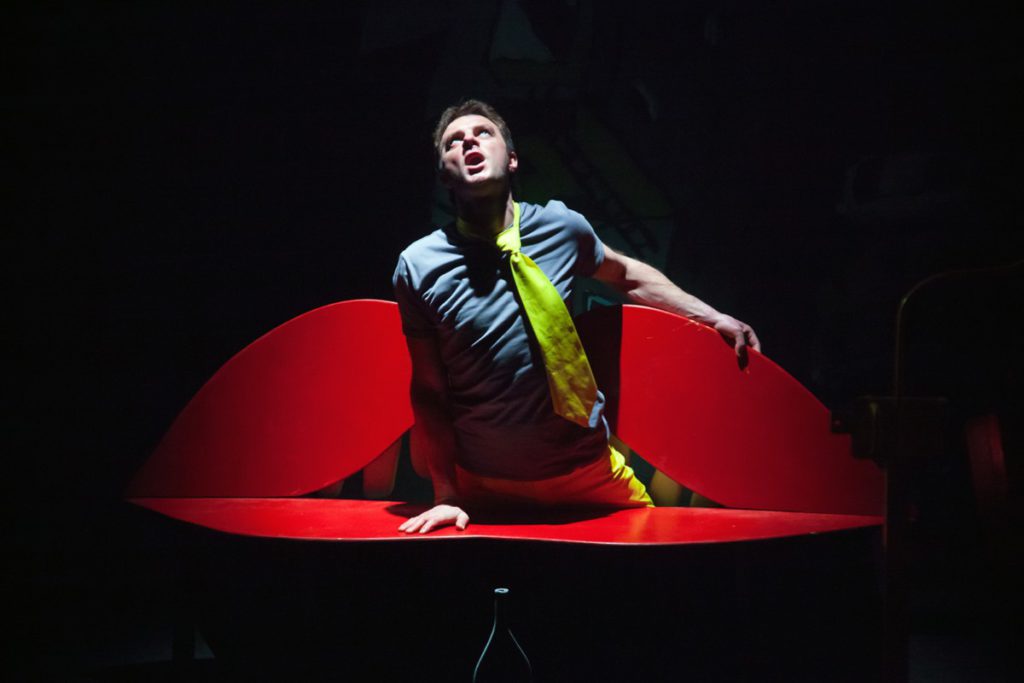 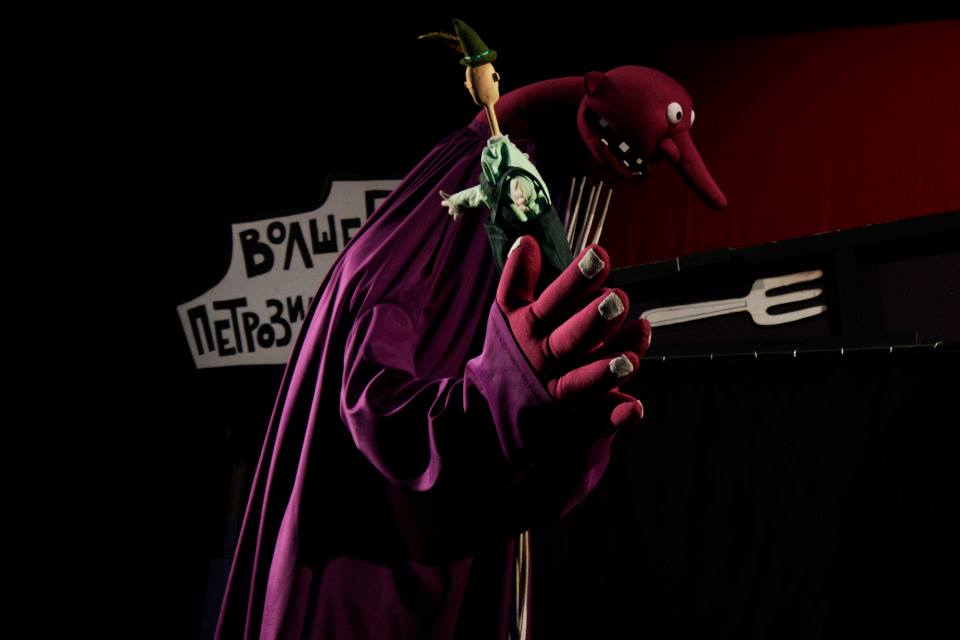 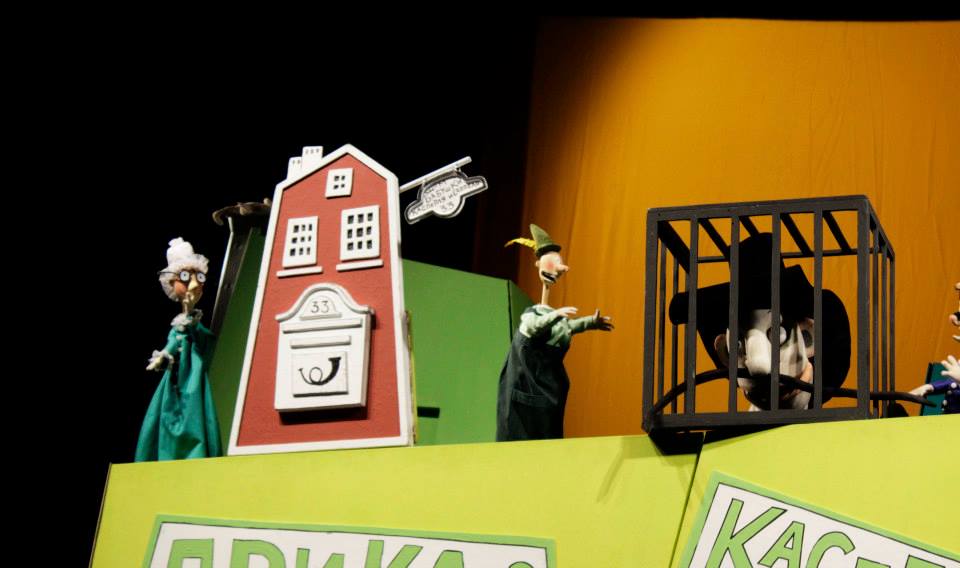 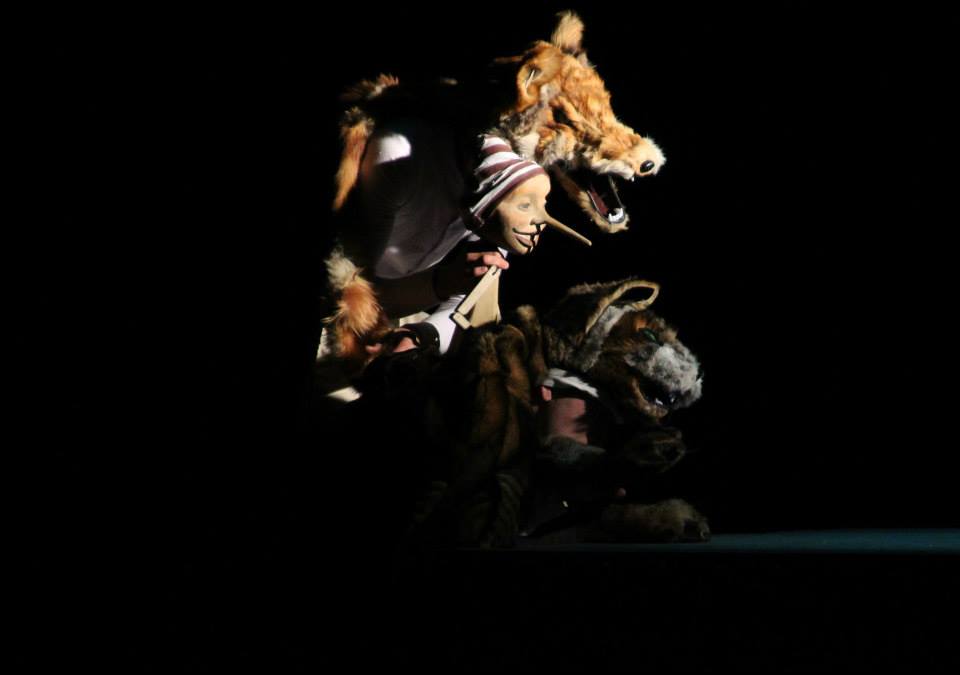 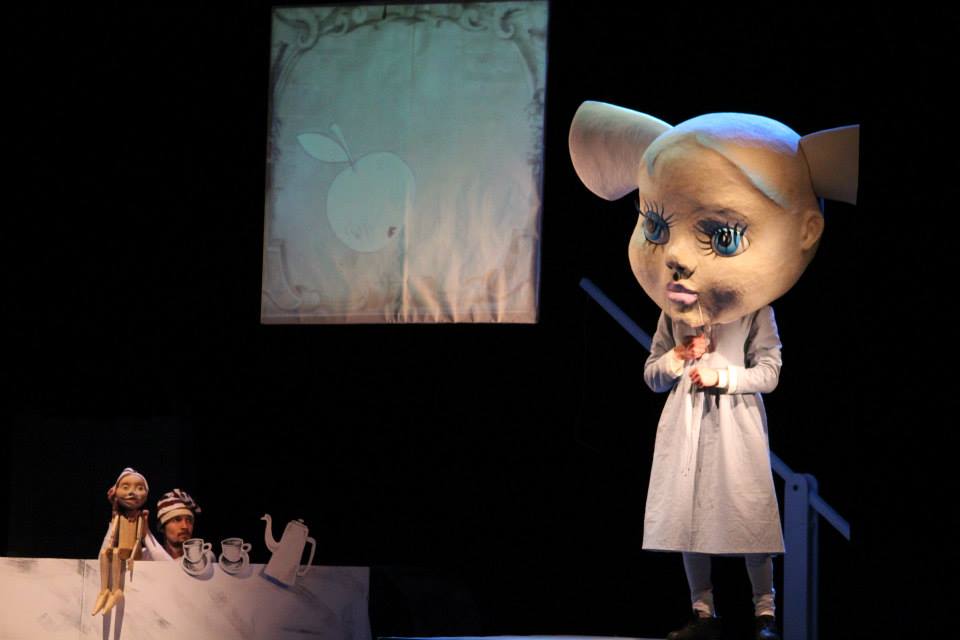 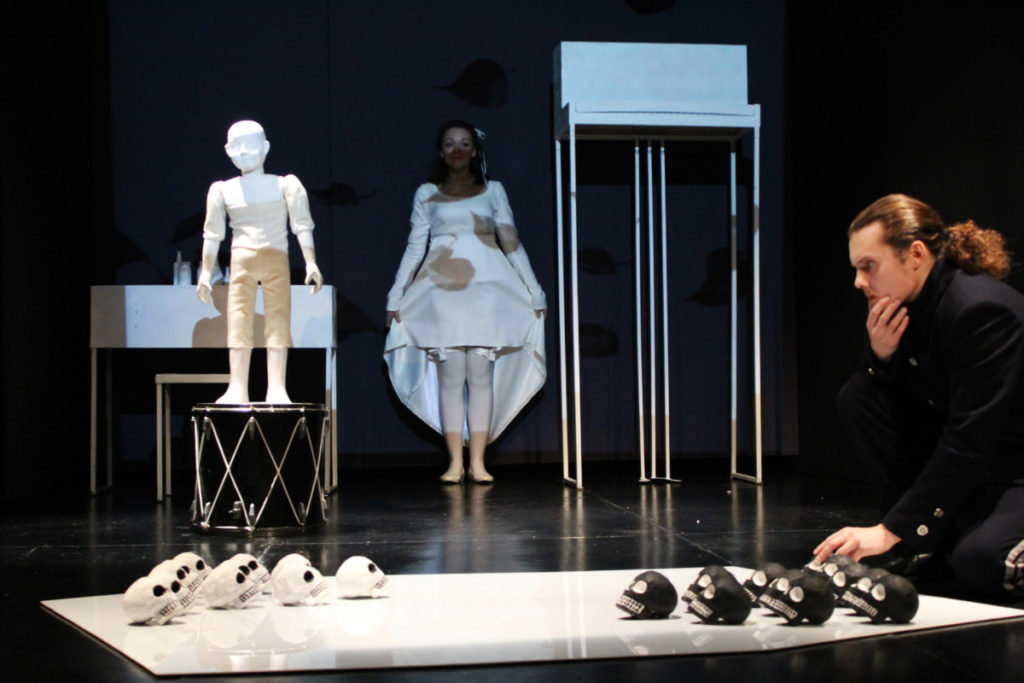 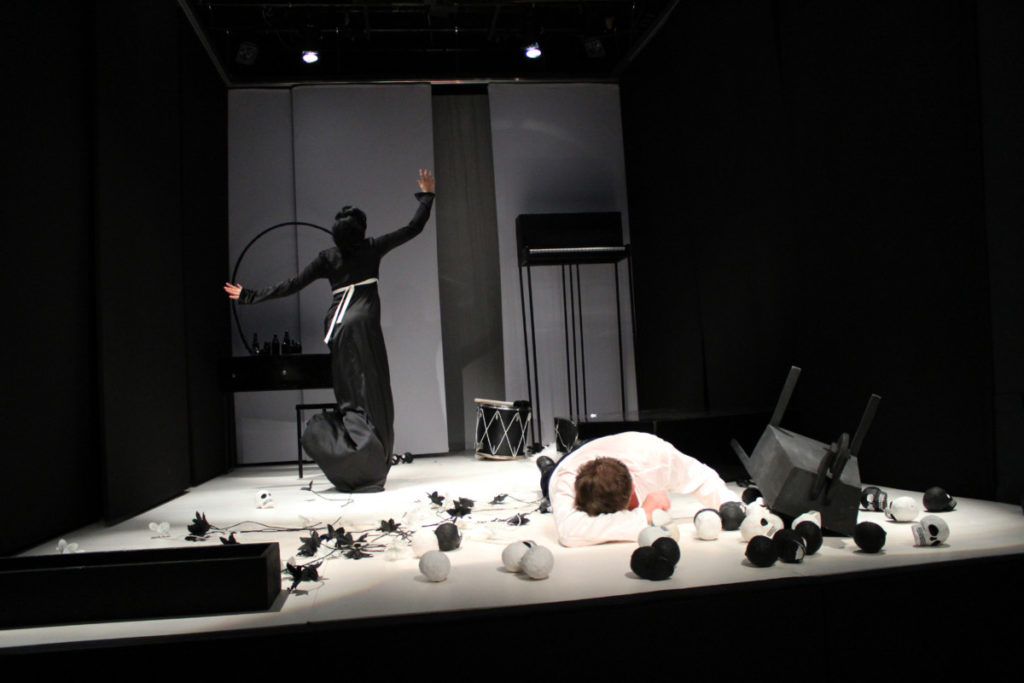 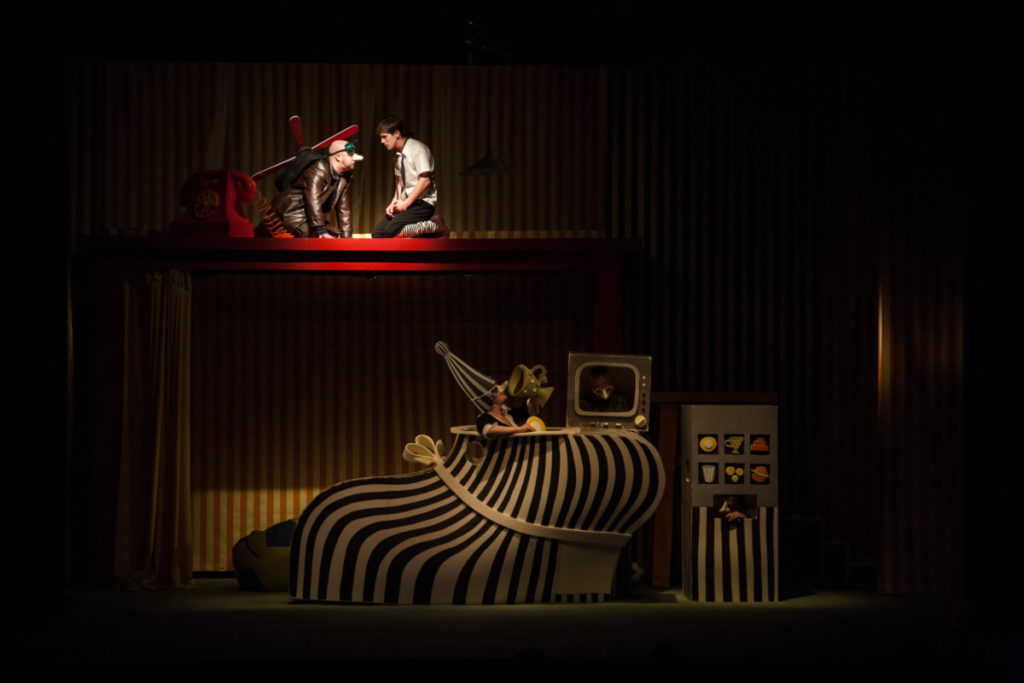 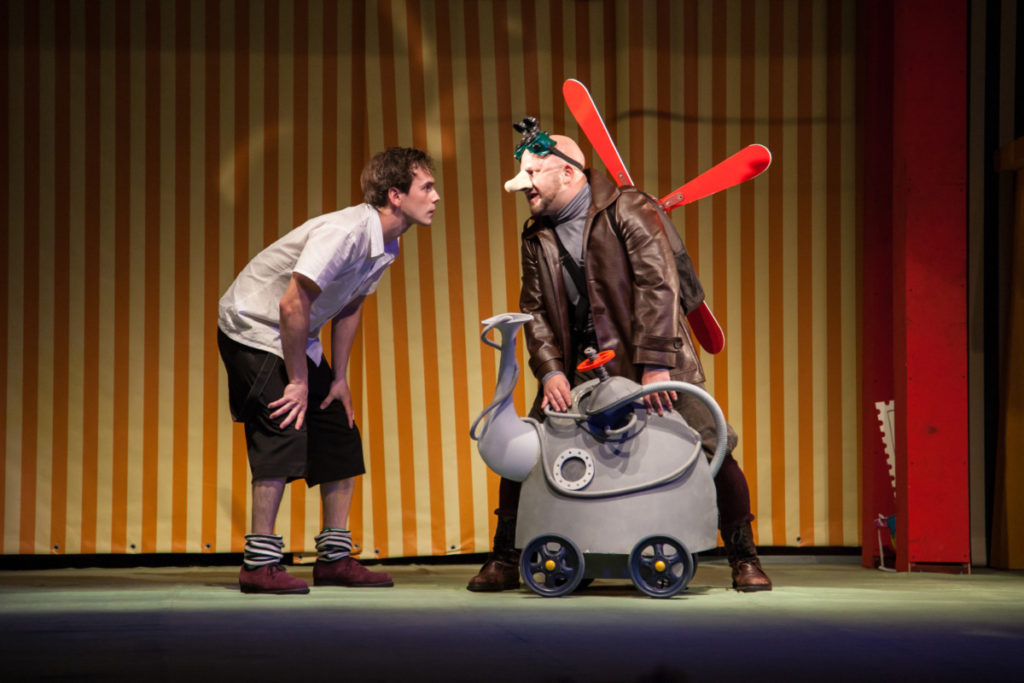 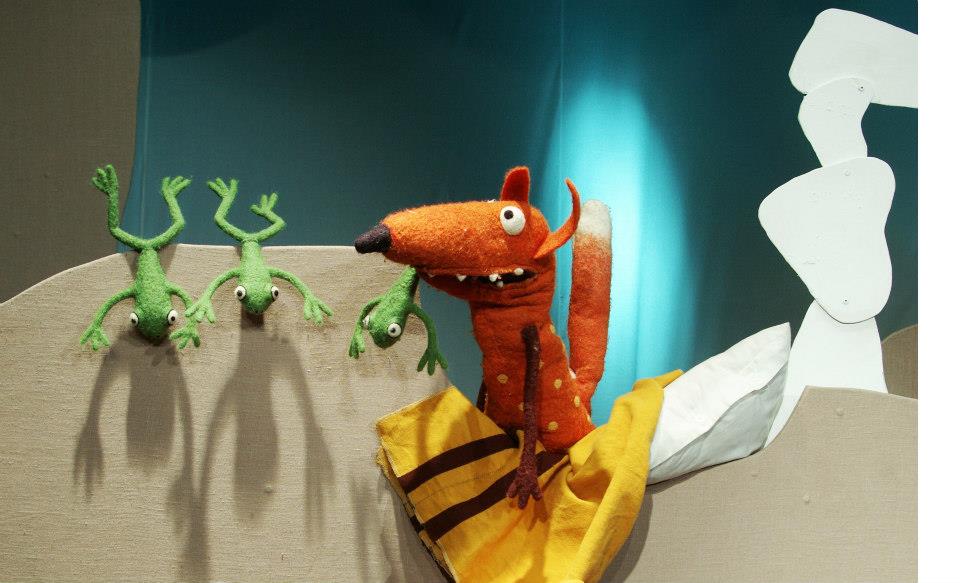 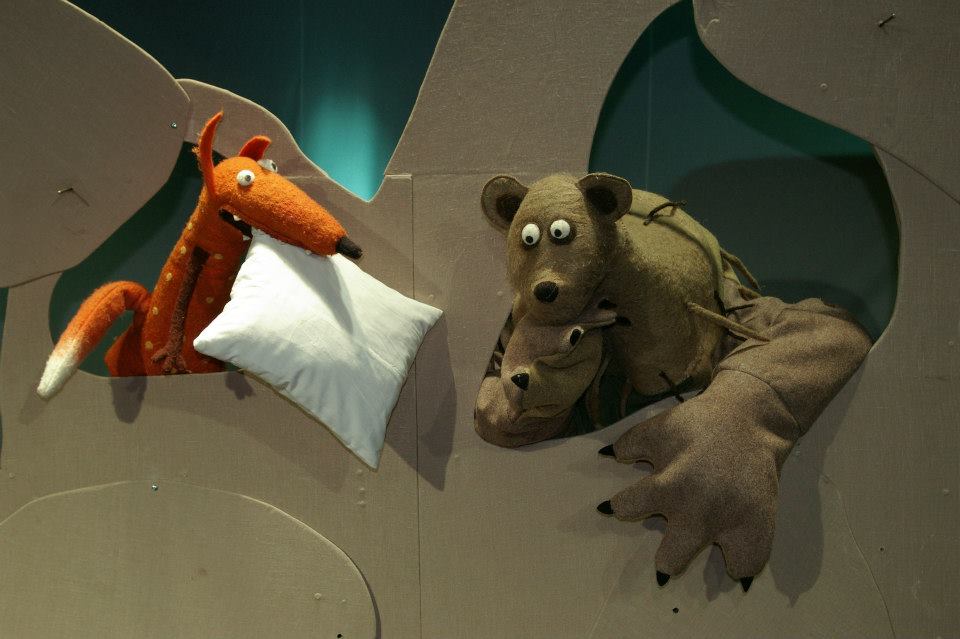 «
»
“The life of puppets in theatre is in movement. In this respect, puppet theatre has much more in common with ballet and choreography than with drama theatre. Puppets are animation of a certain manmade image. Everything can become animated, ‘alive’: a drawing, a sculpture, every material object – a brick, a coil, a pillow.”
Maria Trokai, Zvezda [The Star]
«
»
“In our field of work it is highly significant to rely upon non-verbal text. I am talking about the movement-based concept of the object, whether it is a puppet or any other object, which can help explaining the sense of the story, the nature of the character. This is a metaphor, replacing the man’s word – the principal means of expression in drama theatre. In our case, a manmade object serves this purpose. Although… it does not have to be manmade! This can be a stone, some natural material.”
Maria Trokai, Zvezda [The Star]
«
»
”My main purpose is – it should not be boring. In puppet theatre, the form always takes the first place. It is important what we are looking at: an object, a puppet, matter. With the help of that, we are telling the story. However, the contents are no less significant.”
Daria Rykova, "MOSAICA.RU"
Mass Media Feedback:

“… Yanuskevich plays with scales and spaces in a very inventive manner. In each of his productions there are giants and Lilliput people. A huge grandmother and little grandchildren in The Notebook, an enormous ogre and a massive Snow Queen in children’s productions. They look very motley from the beginning, they do not have wholesome characters and are ready to dissolve (and actually dissolving) on stage in 1 minute.” 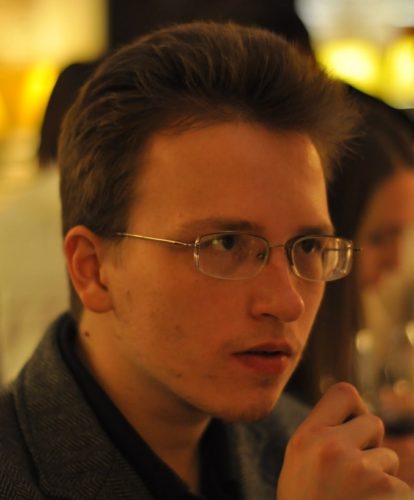 “For Yanushkevich, it turned out to be important that Kristof operates with eternal values and notions – house, family, love, relations between a man and a woman, children and parents, - stating the tragic impossibility to use those in life in accordance with a certain divine testament. <…>. Watching this production, you get the feeling akin to the one you get, reading the book: as if you were in a unknown dark room, which could not be seen‘as it is’, in its entirety; it seems that someone has directed his or her flash at separate details, suggesting that you put the world together as a puzzle. In the productions of Yanushkevich a puppet, an inanimate object, an object paradoxically influence the audience’s subconscious. It is associative memory.” 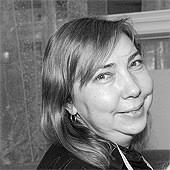 “However, it is not the story, which forces us to stay glued to the stage: the audience is enchanted by the director’s inventiveness, his specific way of thinking… People, masks, video, and, of course, puppets – enormous and very little, voluminous and flat – they coexist on stage, that is why every new character and every new episode become a surprise for the audience. <…>. Naturalism of the most terrible kind, inevitable in case of literal visualization of the literary text is turned by Yanushkevich into a thick flow of metaphors, as if he was adapting Milorad Pavic, and not Agota Kristof.”