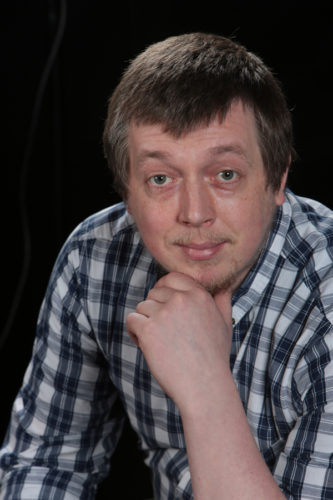 Director, principal director of Yaroslavl State Puppet Theatre. Winner of the diploma of the National Theatre Award THE GOLDEN MASK.

Alexei directed productions in puppet theatres of Russia, performed in the productions of Kukolny Format [Puppet Format] Theatre, was the principal director of Moscow Regional Puppet Theatre. He is the founder of the independent theatre group Theatre N.

In Smirnov’s productions, the means of puppet theatre are often combined with actors openly operating the puppets, and at the end the audience finds out who the puppeteers-storytellers are in reality; this always comes as a surprise and changes the audience’s perspective on the events. The Canterville Ghost is performed by Sir Simon and Virginia themselves, Gilded Foreheads are represented by the persecuted Capiton and Capitolina, Kind Rull is being composed by Charles Perrault and Eugene Ionesco.

Gilded Foreheads – 2005, Puppet Theatre of the Republic of Karelia

The Man in a Case – 2010, Chelyabinsk Puppet Theatre named after V. A. Volkhovsky

The Fairy Tale about the Kind King, His Wise Wife, and his Cunning Auntie – 2016, Omsk State Theatre of Actor, Puppet, and Mask Harlequin 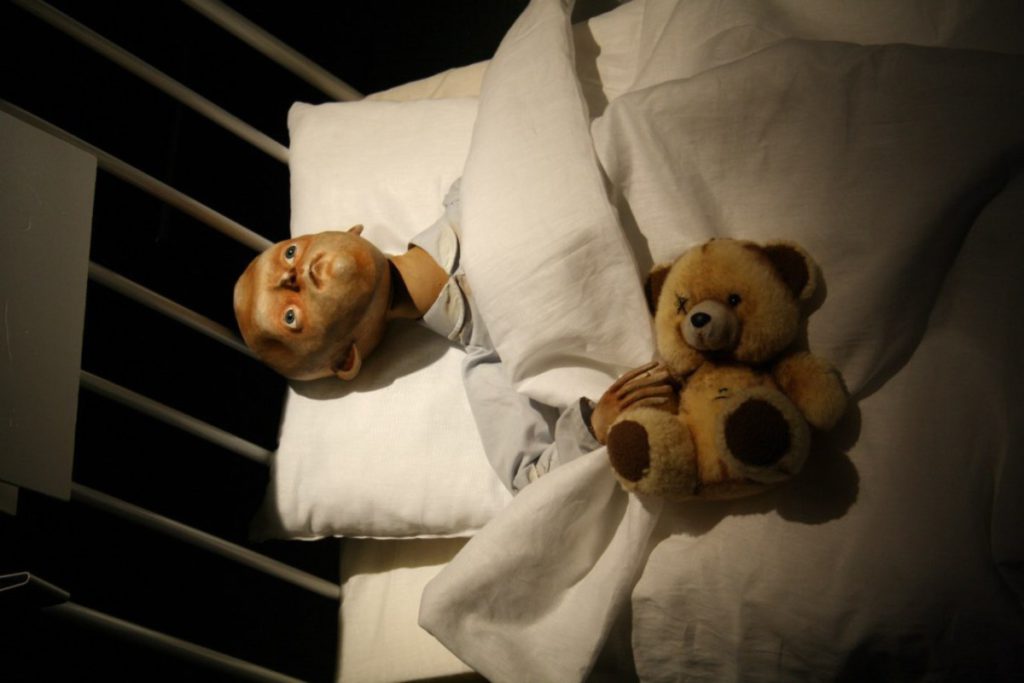 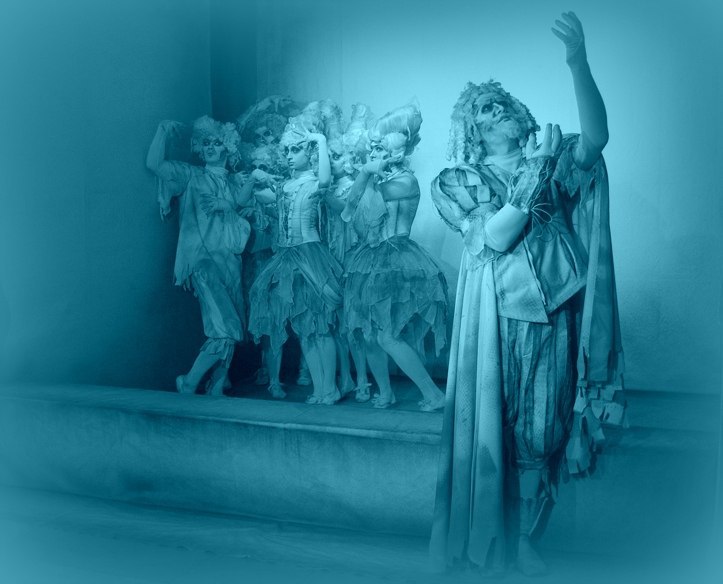 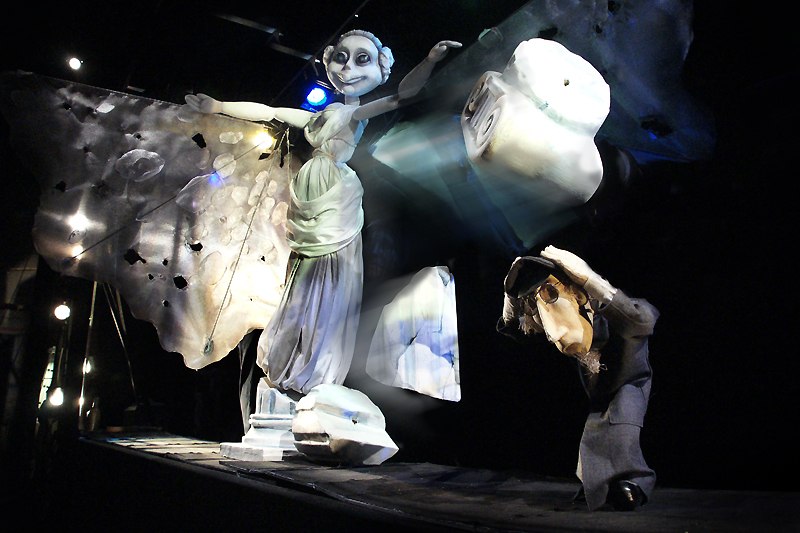 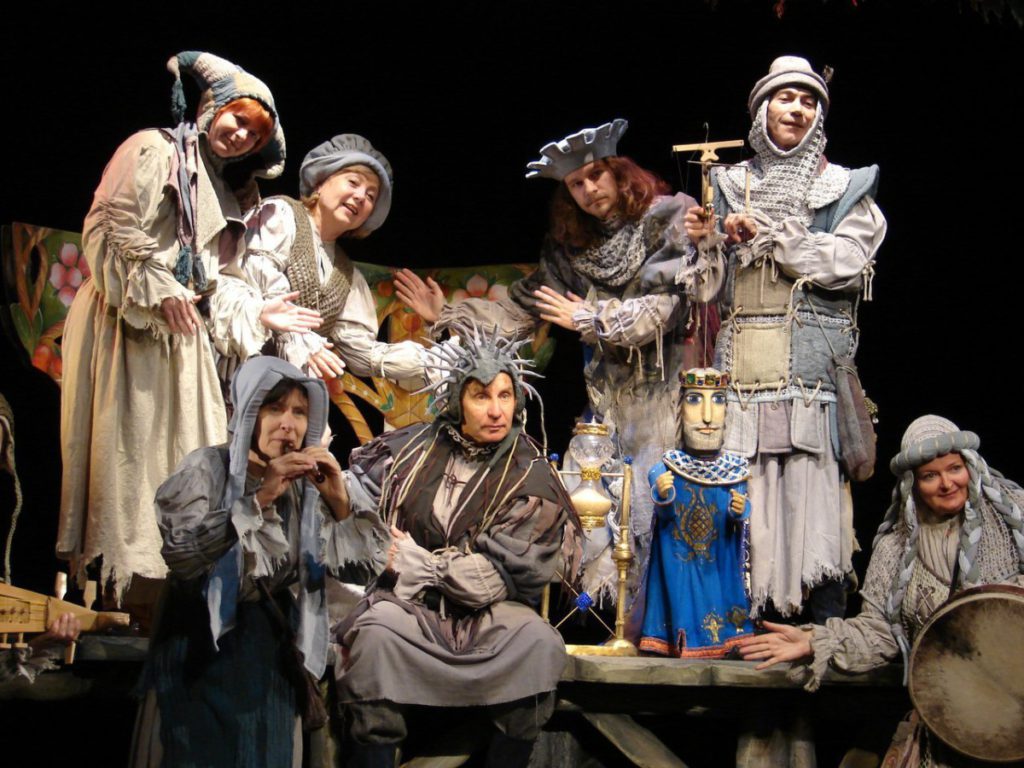 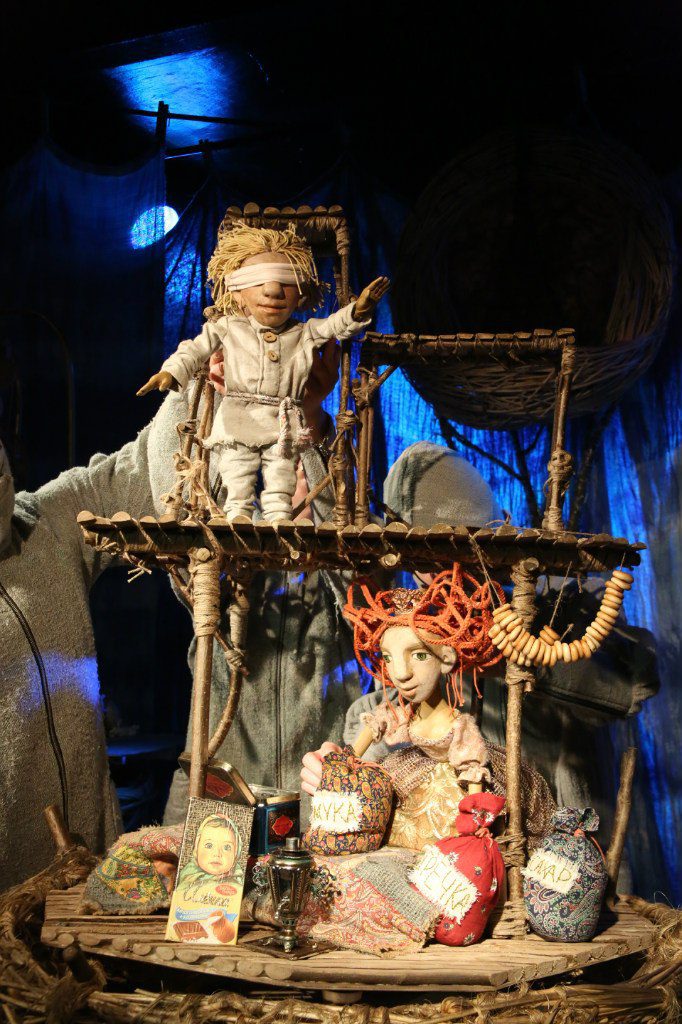 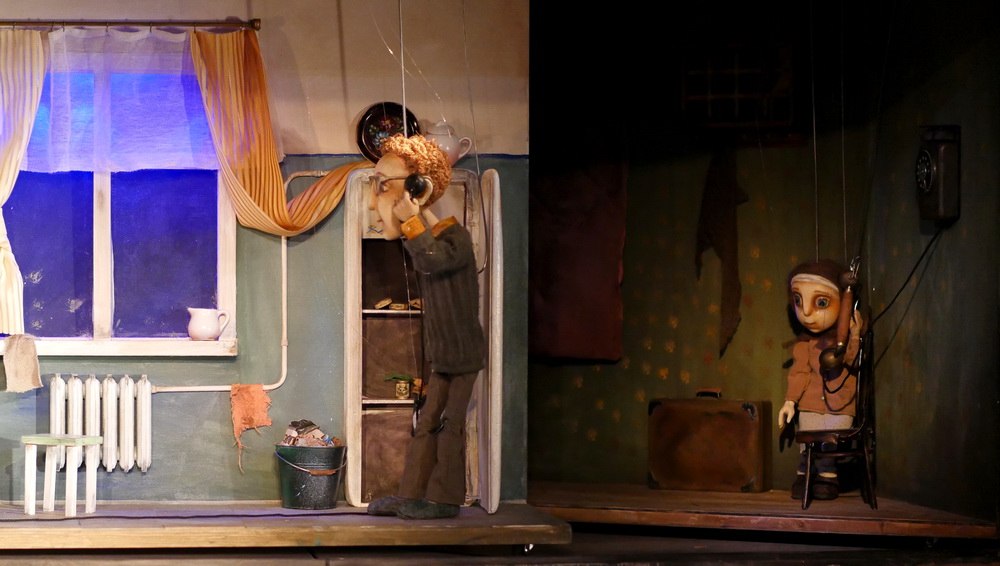 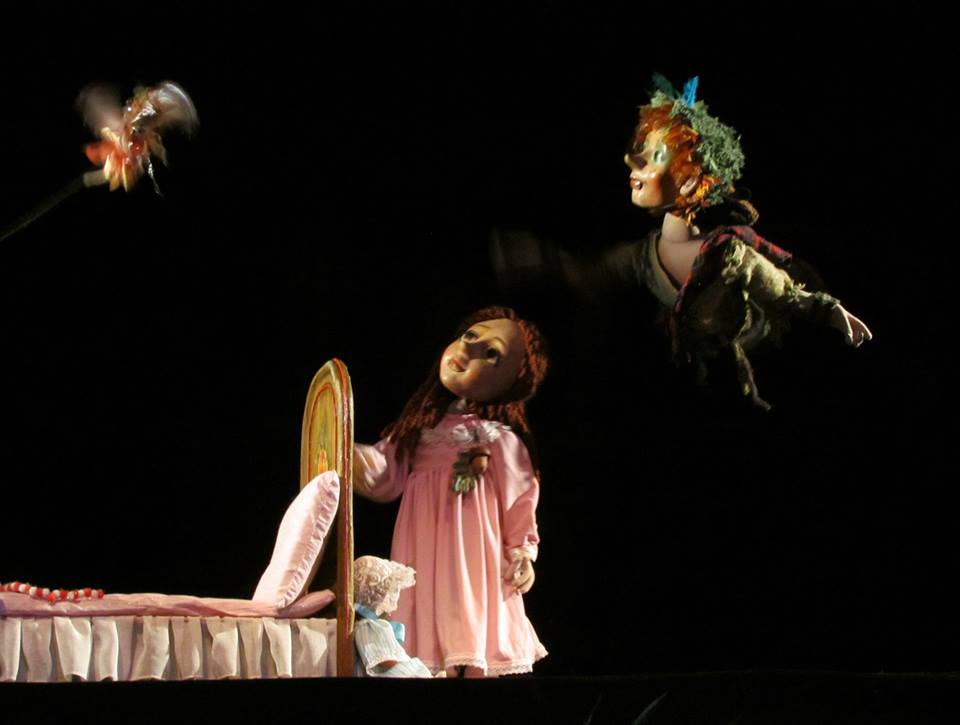 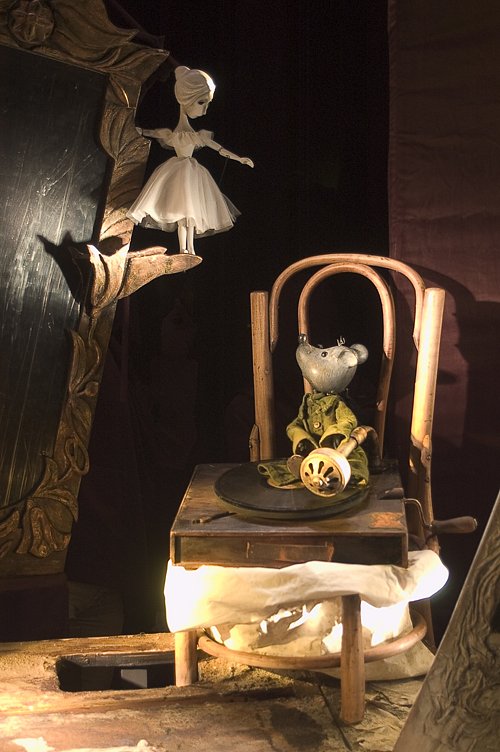 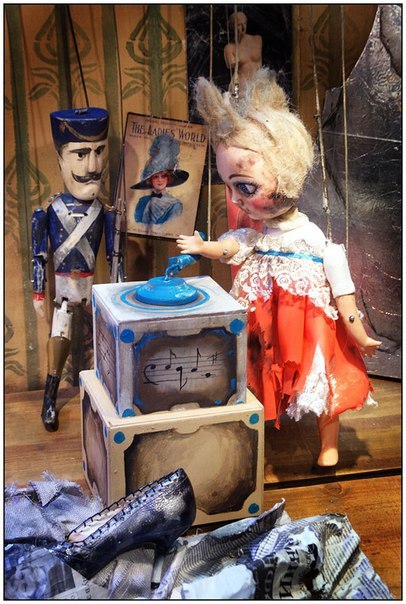 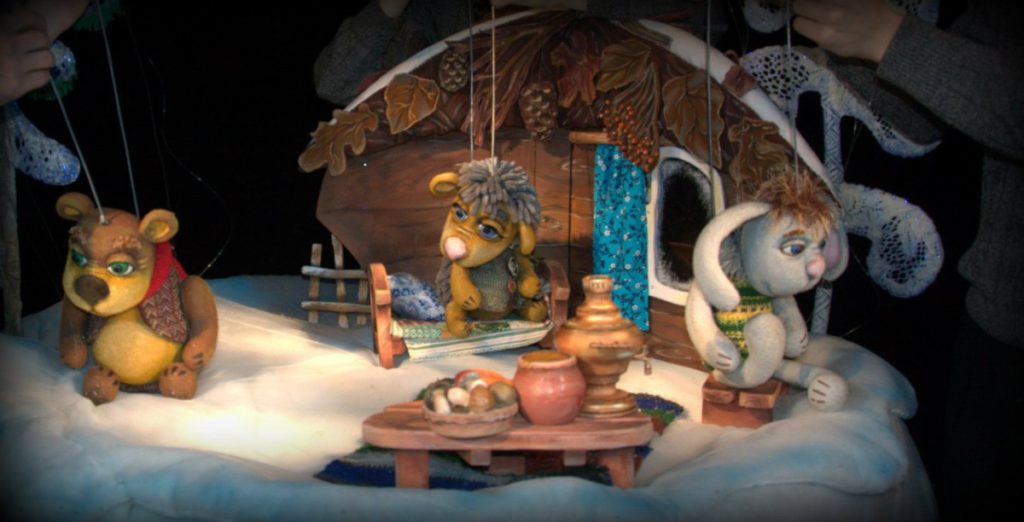 «
»
“…new forms of interaction have emerged. Indeed, it is hard for a child to sit still and keep silent, when people are playing with toys in front of him or her. Our objective is openness. We want not only actors to perceive theatre as their home, but also the audience to come here with open hearts.”
Anna Chuzhkova, Kultura newspaper
«
»
“In my opinion, puppet theatre productions should be addressed to those audience members, who bring along their families. This would allow them, after watching the performance, to discuss together certain moments which they liked or, on the contrary, did not understand, and to move from particular cases to certain general ideas. I think that children’s theatre should inspire people to discuss moral aspects with their families.”
"Komsomolskaya Pravda"
«
»
“What I always want the audience to experience in theatre is not sadness, but pain; people should not feel sentimental sadness, but real pain because of the things happening in front of them.”
"Amurskaya Pravda"

Date and place of birth. 26 May 1978, the town of Rybinsk, Yaroslavl region

In a nutshell about the career. From 2004 to 2012 worked at St. Petersburg State Philharmonic for Children and Youth as puppet theatre actor. From 2002 to 2012 worked as puppet theatre actor in Kukolny Format [Puppet Format] Theatre in St. Petersburg. In 2007 founded the independent theatre group Theatre N. From 2005 to 2017 directed over than 30 productions in various towns of Russia. From September 2012 to September 2015 worked in Moscow Regional State Puppet Theatre as the principal director. Since 2014 has worked in Yaroslavl Puppet

Does a performance need text? Yes, but it is quite possible to do without text. It all depends on the goals, which are set by the creators of a production.

Is the expression “puppet theatre” still relevant today? In the territory of the Russian Federation – yes.

What, in your opinion, is the difference between puppet theatre in Russia and the West?  The most significant advantage, which is also a disadvantage, is that a puppet theatre company in Russia is a state budget institution. This brings such pluses, as the state funding of this theatre. Minuses – funding is provided irrespective of the quality of the ‘product’ which a theatre creates. And, what is most unpleasant, in this case taste and sense of proportion are important, but these aspects are subjective. From this point of view, private theatres (this is my opinion) are more honest (in Europe, most of the theatre companies are private). They work ‘at their own expense’ and, if a production is good, they are paid back by the audience. That is why western puppet theatre is closer to me. However, in our country – so that puppet theatre would work – state theatre institutions function, where programs and methods of system training of actors have been elaborated for years. This is a big plus. However, the principal issue is that a theatre institute should set the goals of educating top professionals and not just try to survive. In European puppet theatre there are more enthusiasts, although they might be amateurs. Yet, an amateur might be more valuable than a trained actor, who does not love his profession.

What can be useful about collaboration and cultural exchange? The development of mutual understanding between cultures and enrichment of the language of artistic expression. It is always interesting to find out something new and not to be afraid of trying. In my opinion, there is nothing more beautiful, than ‘a leap into the unknown’! 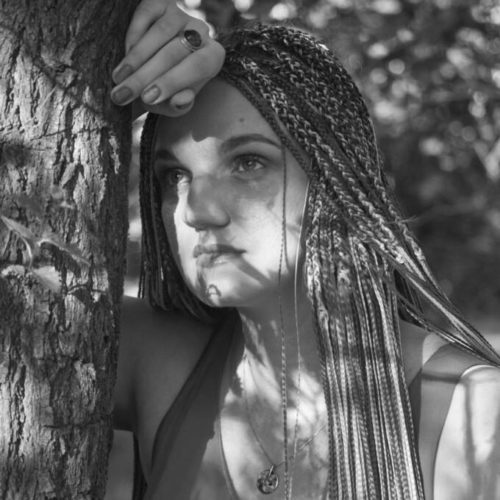 “Smirnov offered a refined, complex, dynamic, elaborated in every detail game – creation of puppet theatre in pseudo-historic sets – and followed in the footsteps of Shakespeare’s A Midsummer Night’s Dream, transforming a children’s fairy tale into a labyrinthine and contemporary show.”

Ekaterina Kulakova about "The Fairy Tale about the Kind King, His Wise Wife, and his Cunning Auntie" 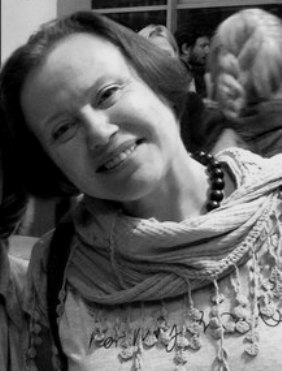 “… it is impossible not to say that the production is full of charm, young energy, and joy. The puppets are remarkable, their ironic realism softens the eye, which is overfed with modernist deformations. The actors, brilliant puppeteers, are remarkable. <…>. And again, there was that wonderful and weird feeling that a puppet, even though modeled on a human being, represented a special language milieu, deforming the usual meanings and senses by the sheer fact of its existence.”

Galina Brand about "The Man in a Case"