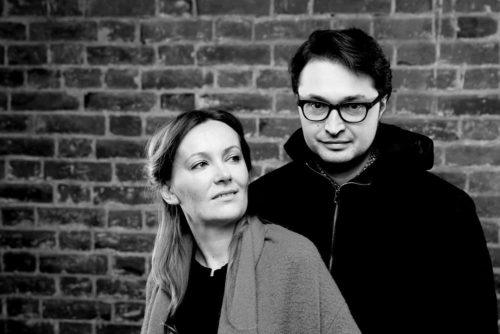 Anton Kalipanov – actor, director. He worked in the Theatre for the Young Audience in Nizhny Novgorod and Moscow Puppet Theatre. He has participated in numerous directors’ laboratories and created master-classes for children.

Together they founded Taratumb Theatre (they decided to use the name of an Armenian town, which they passed by during their travels). Their repertoire features productions for children of various ages, including the youngest, and also for adults: together with the museum of the History of GULAG they staged a production The Day Lasts More Than a Hundred Years, in which, with the help of designer Viktor Nikonenko, genuine objects from the museum storages appeared on stage. Of course, the results of collaborative work of such a rare creative tandem are always musical and in their concept of sound they draw upon both modern tendencies and traditions of the countries, where this or that literary plot was born.

The Dreamers – 2013, Theatre of Puppet and Actor Skomorokh, Tomsk

The Day Lasts More Than a Hundred Years – 2017, Museum of the History of GULAG 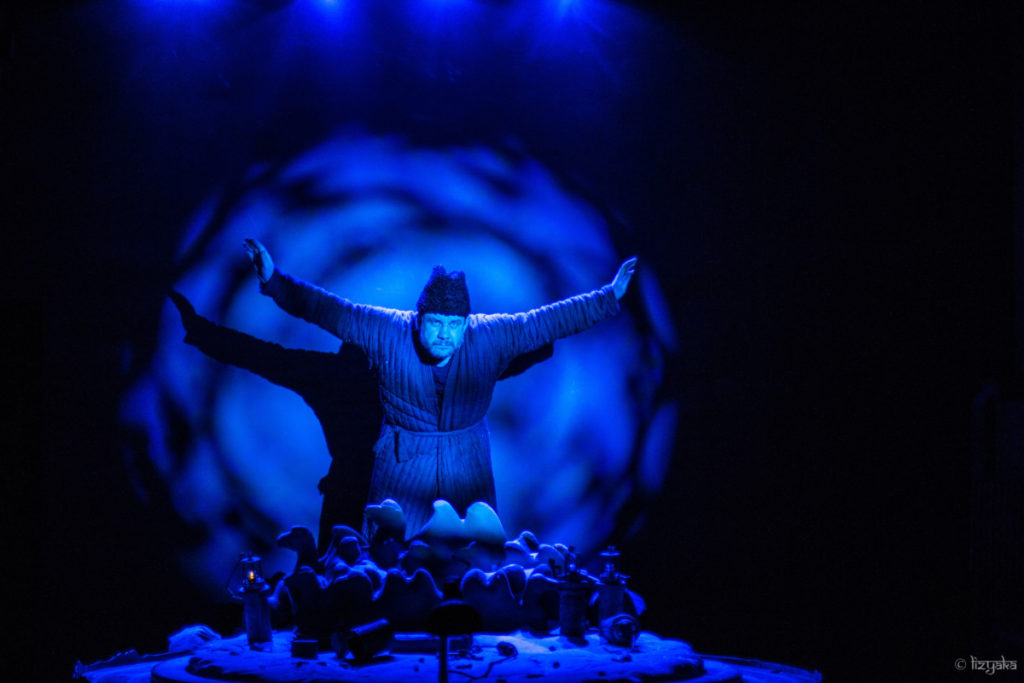 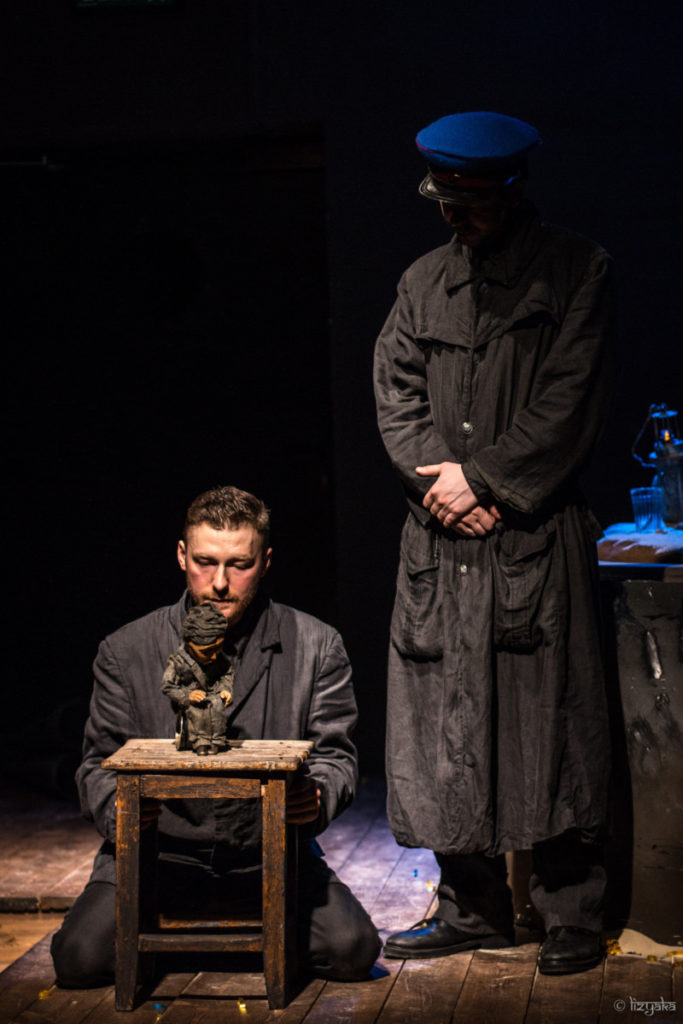 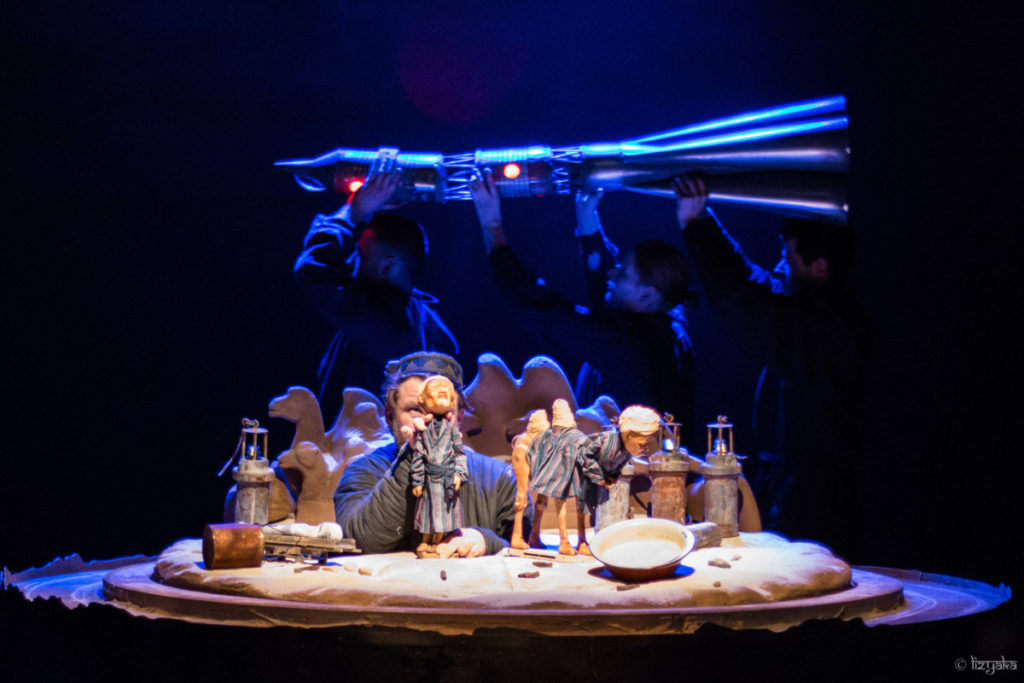 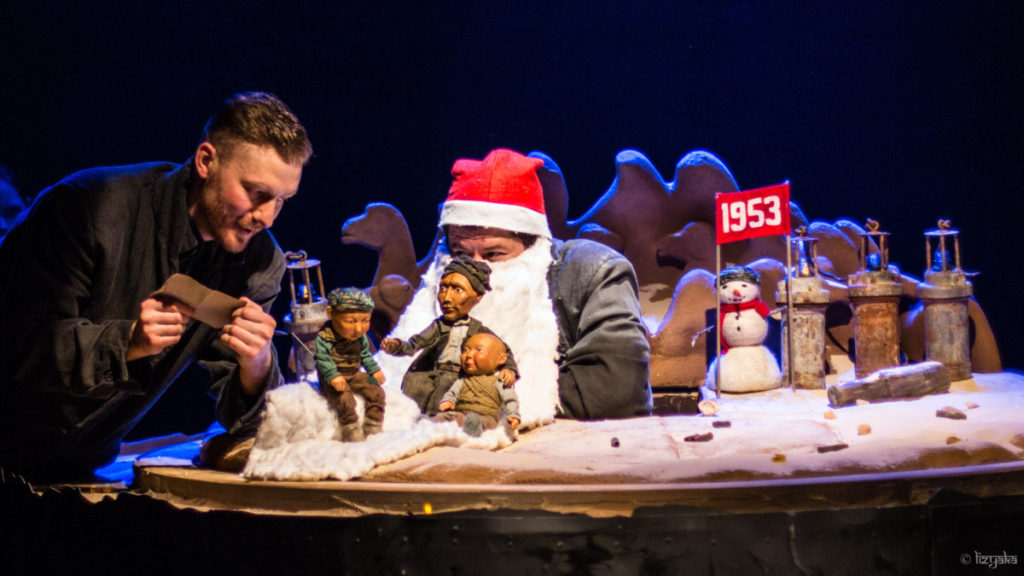 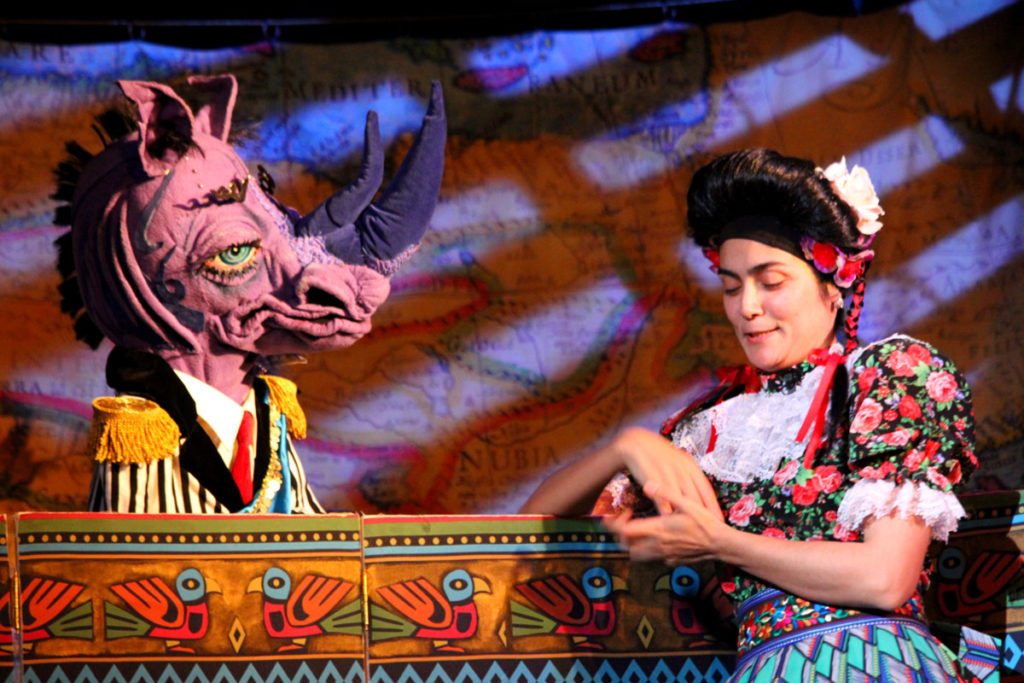 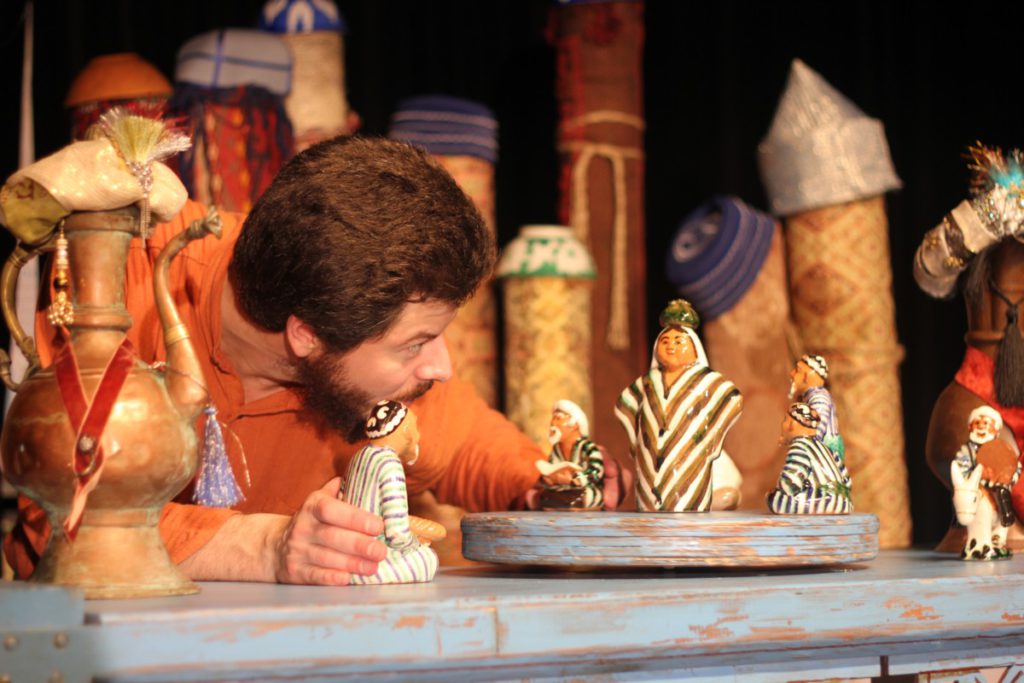 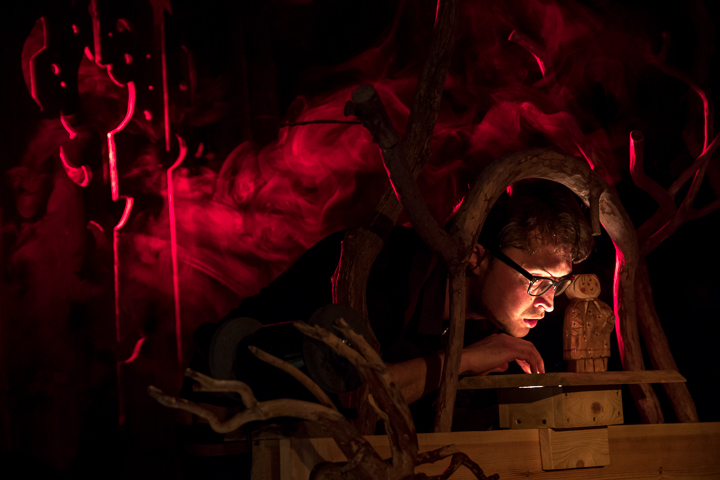 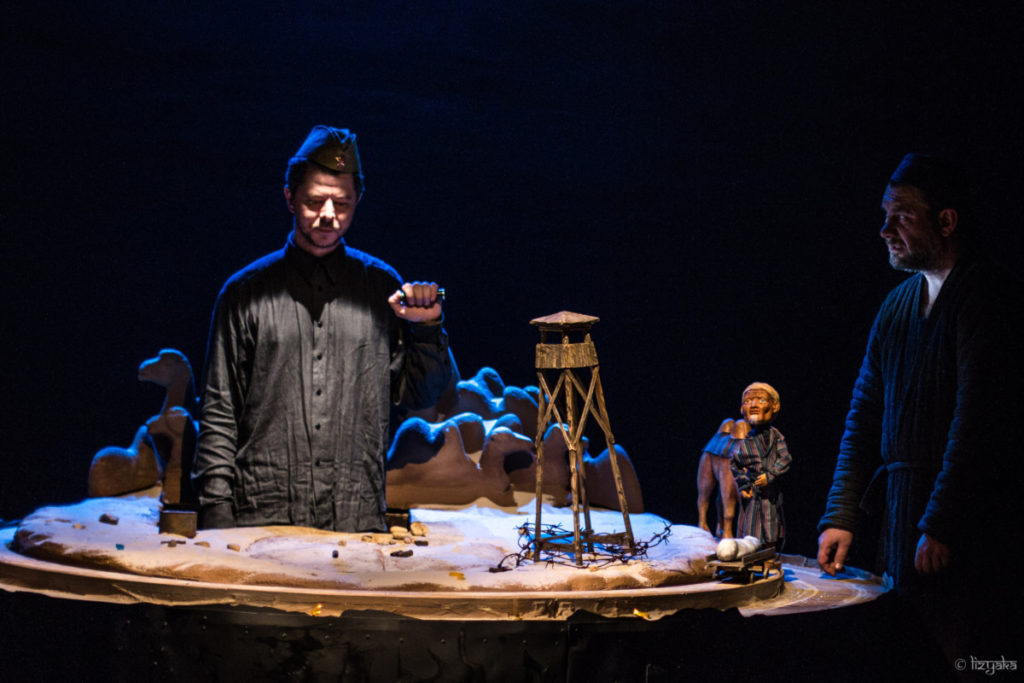 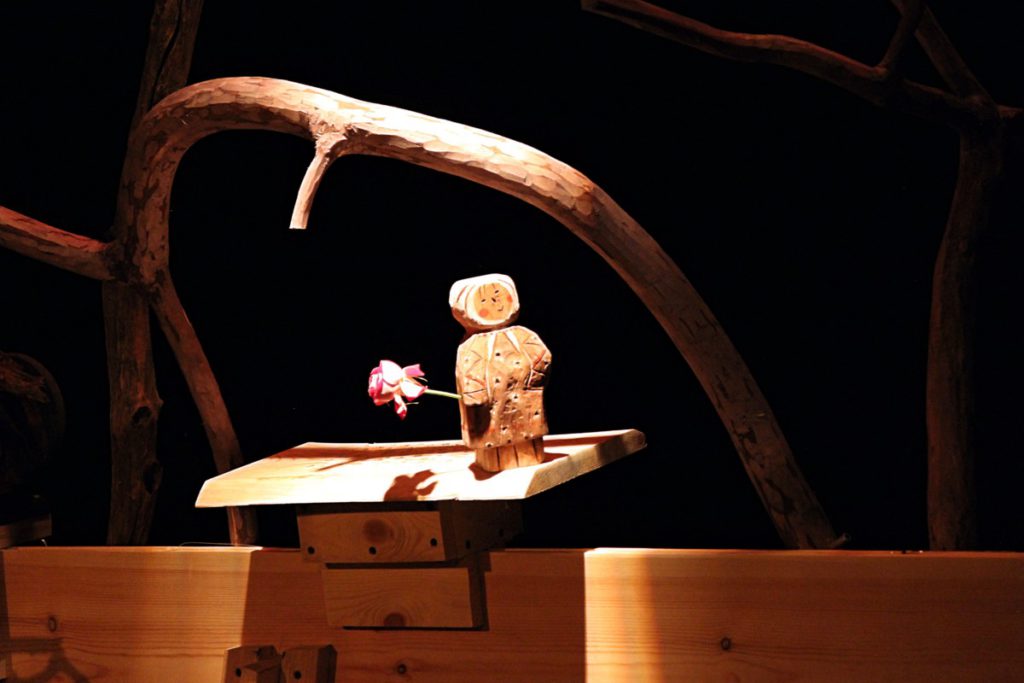 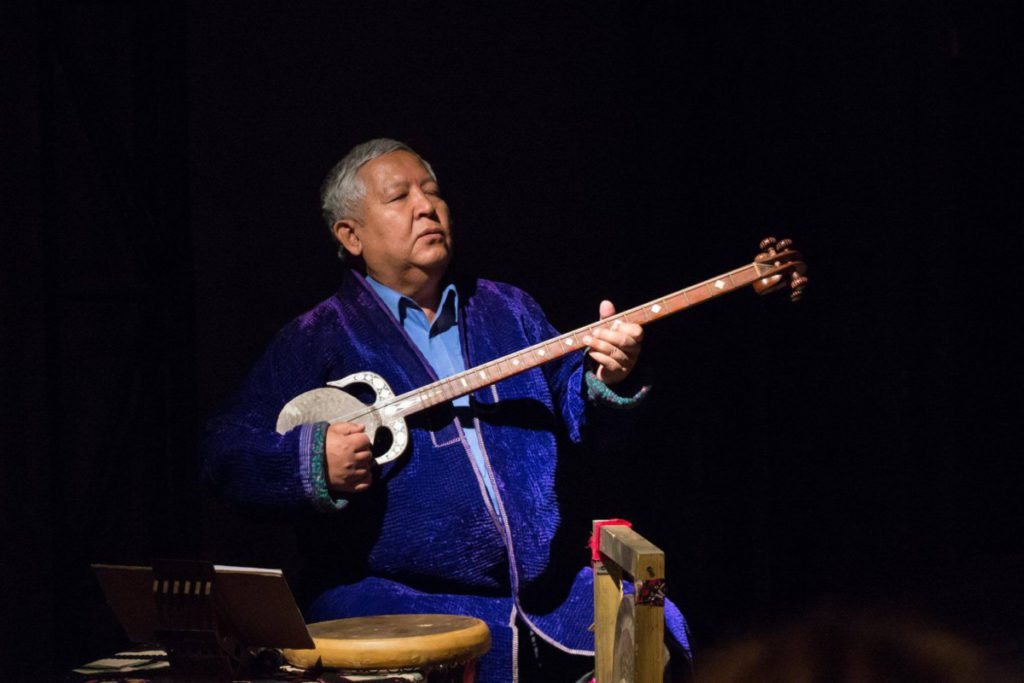 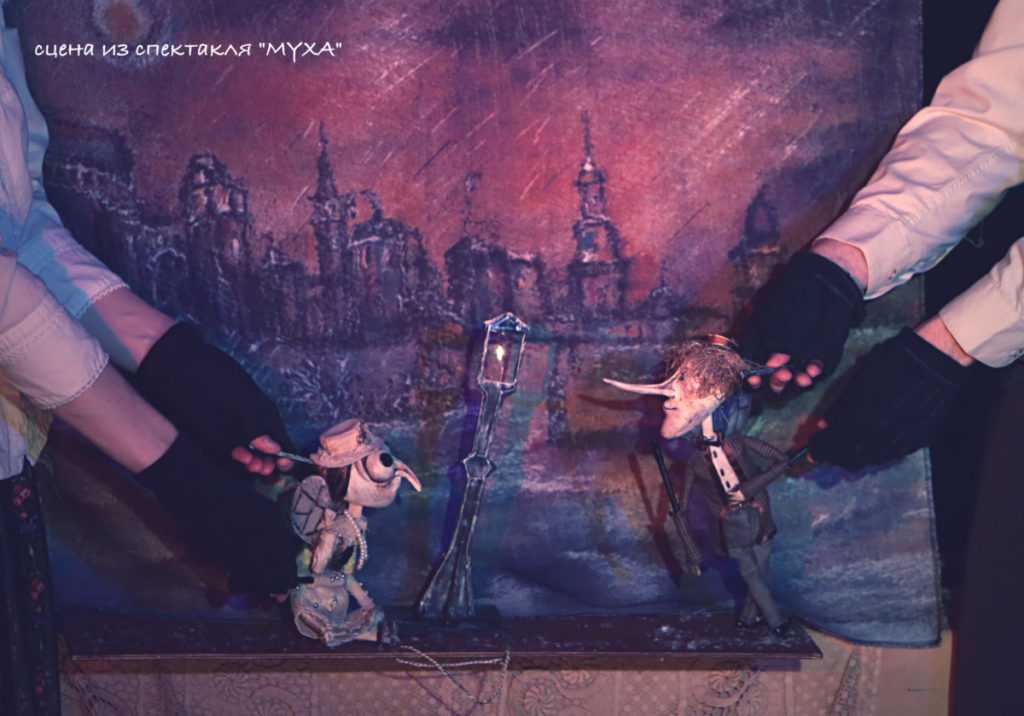 «
»
“It was the museum’s idea – to define the production as ‘a mystery’, but we agree with that. In fact, what is a mystery? A genre of European drama from the Middle Ages which was based on Biblical plots. One of its versions – nativity scene, a Christmas story in puppets which is being presented in a special two-floor case. Our production is somewhat similar to that genre. Our puppets also look like nativity scene puppets: they are neither jigging puppets, nor rod puppets, nor marionettes, but static, with only hands and heads moving. To some extent, the story has turned out religious – about good and evil.”
Alexandra Soldatova, "Ekran i stzena" [Screen and Stage]

In a nutshell, please tell us about your career (who influenced you, where and how you started, who you worked with, which theatre you founded/became the head of, where you work now). Upon finishing theatre school, Anton was invited by Vyacheslav Vsevolodovich Kokorin to join the company of the Theatre for the Young Audience in Nizhny Novgorod. A year later, Olga Shaidullina was invited to this theatre as a music director. We worked here several years until the infamous story with ‘the hunger-strike’ and retiring of the artistic leadership happened. After than, thanks to producer Pavel Miloslavsky, our private projects became possible. We made our first puppet productions in the chamber hall of Record film center in Nizhny Novgorod. In 2010 we moved to Mosс Thanks to the support of Tatyana Lukyanova and Alexei Malobrodsky, we began staging our productions in Moscow. Besides that, we directed productions at Skomorokh Theatre in Tomsk, at the Center of Modern Art in Nizhny Novgorod. In 2014, after traveling to Armenia, we came up with the title for our theatre – Taratumb. Today, under this title we perform productions on various stages of Moscow and across Russia.

Favorite authors, subjects, stories. We are growing up – we are changing. Whether a specific author is our favorite or not can be influenced even by the weather. As for the subjects – perhaps in the last two years we have been directing productions, where the subject was somehow connected with children: their special inner world, the difference between them and their parents and at the same time dependence on ‘big people’; their fragility and perseverance, gullibility and cruel sincerity; their future, which starts from the present of their parents. Something of this kind – we will see what happens next…

Does a performance need text? For instance, in our production The Day Lasts More Than a Hundred Years text is particularly important, because the beauty of Aitmatov’s prose is a very special kind of literary beauty. However, there are productions where the text is not important, and a puppet production can do without text; its metaphoric language is sometimes universal for various cultures and can be spoken without words.

Is the expression “puppet theatre” still relevant today? It is relevant because it defines the vector of communication and the language which the director is going to use, speaking to the audience.

What, in your opinion, is the difference between puppet theatre in Russia and the West? The problem of professional school is in the fact that there are too few institutions, offering such major as ‘puppet theatre director’. And such major as ‘puppet theatre acting’ is often chosen by those who failed entering examinations in drama acting. So it seems that this field is chosen by those who failed in another field; those who are less lucky. This situation, unfortunately, reflects the general perception of puppet theatre in our country. Most of the audiences consider puppet theatre an art for young children (at best). Recently the situation started to change thanks to the fact that theatre companies from Europe began visiting, but this is only in big cities. However, that is quite strange, if we remember the traditions of Russian puppet theatre life.

What can be useful about collaboration and cultural exchange? In the first place, it is important to exchange experience – both creative and technological, as modern puppet theatre uses more and more contemporary materials and recent inventions. Besides that, theatre companies, working with puppets in Russia or abroad, are often private initiatives and private companies, so it would be interesting to create (or perhaps it will somehow emerge on its own because of a large number of contacts between the colleagues) a certain international union of such small creative companies.

“It is a spectacular production, the stories look modern. The colors of costumes are rich, the special effects are impressive, the work with light is complex… The production also unobtrusively educates the audiences: they see the possibilities of puppet theatre, they notice how pretty much every object can become the principal character of a story. They tell the children about the artists – or, to be more precise, demonstrate reproductions of works by famous painters, from Leonardo to Chagall.”

about the production "The Dreamers", portal TO 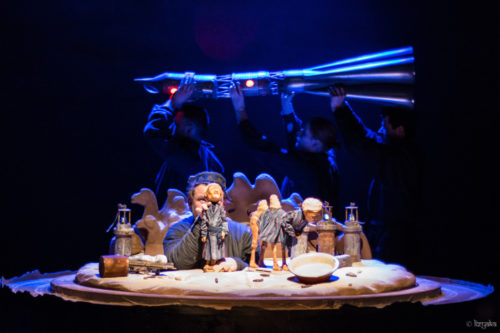 The Day Lasts More Than a Hundred Years