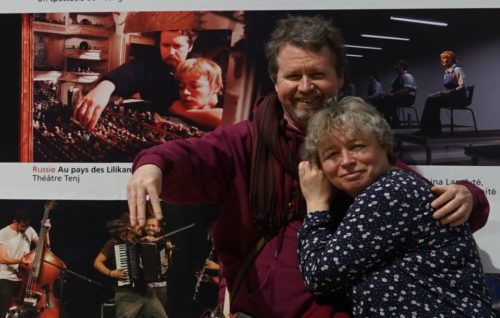 SHADOW Theatre Company is the winner of several GOLDEN MASKS (the National Theatre Award), participant and winner of major international theatre festivals in Russia and abroad; it is widely known around the world due to its out-of-ordinary experiments with theatre form.

SHADOW was founded in Moscow in 1988 by a family couple, actress Maya Krasnopolskaya and designer Ilya Epelbaum. This company is the first private theatre in post-Soviet Russia, as of today it is a state theatre and has its own venue.  Having started with shadow theatre productions, the authors endlessly experiment with different genres, forms, kinds, and even scales of theatre productions (some of the productions are intended for no more than 5 audience members).

The theatre’s characteristic feature is their love of mystifications. Visiting SHADOW Theatre, you can see touring productions of the Grand Royal National Lilikan Theatre of Drama, Opera, and Ballet – classical plays in abridged “puppet” versions; you can also pop into William Shakespeare’s KukCafe (Puppet Café), where an audience member may choose a play he or she would like to see; the Theatre First Aid is available on request, etc. Extraordinariness and experimental character of the SHADOW’s projects constantly draw attention of celebrated artists. At different times the theatre worked in collaboration with Anatoly Vasiliev, Tonino Guerra, Nikolai Tsiskaridze, and many others. 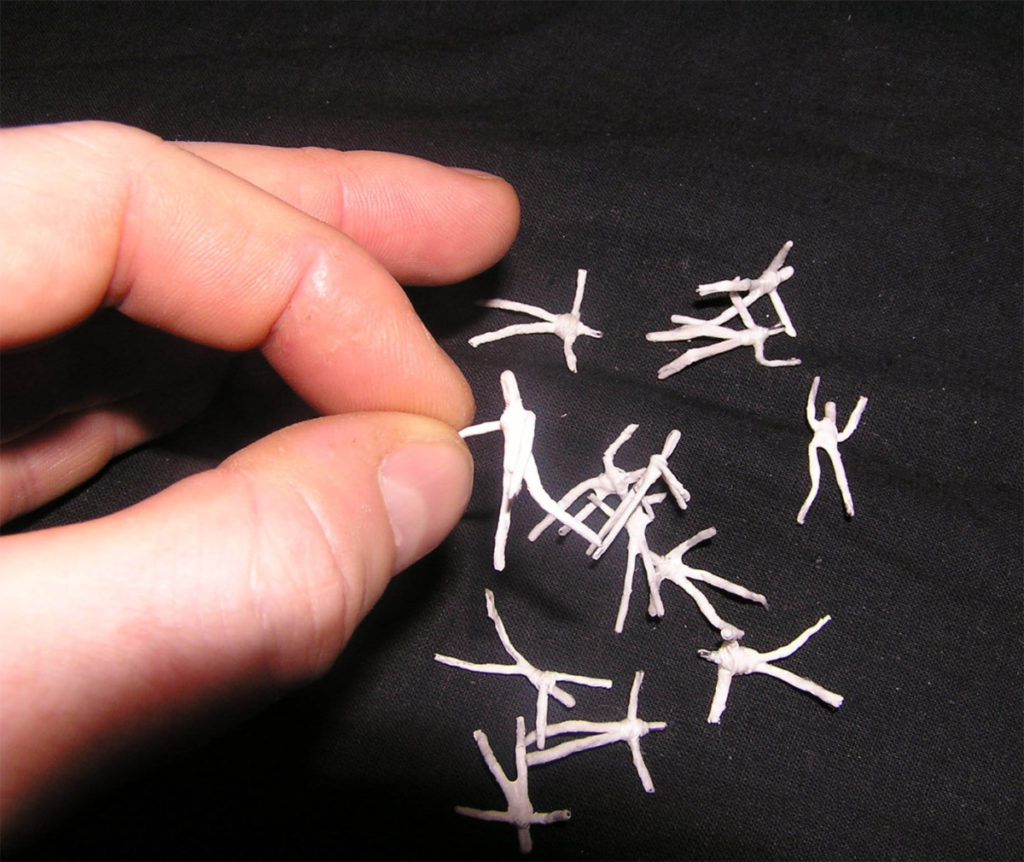 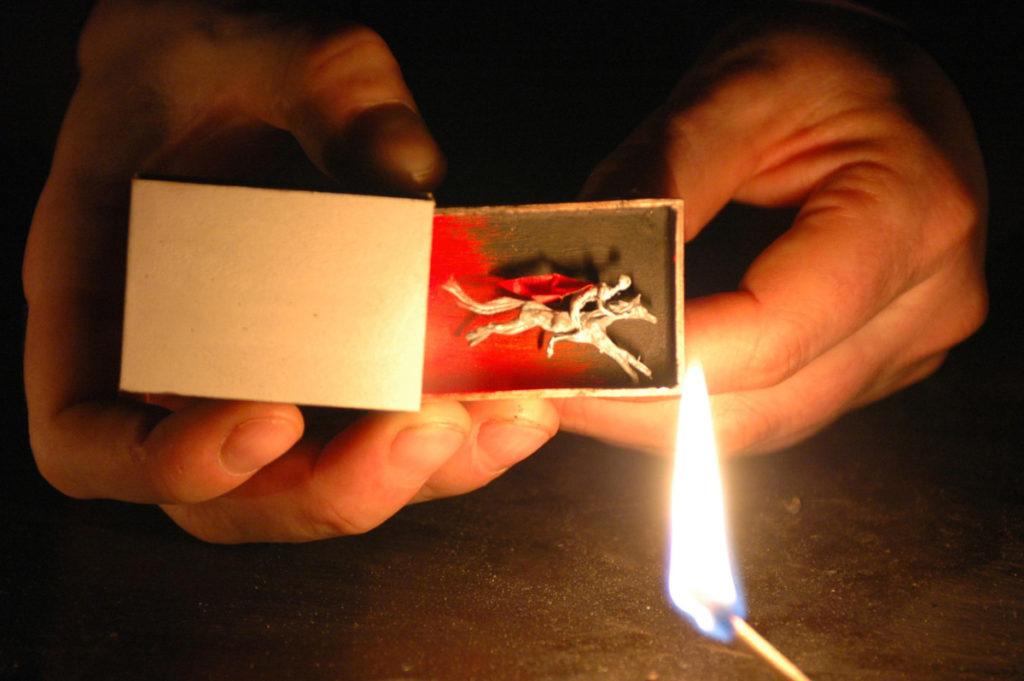 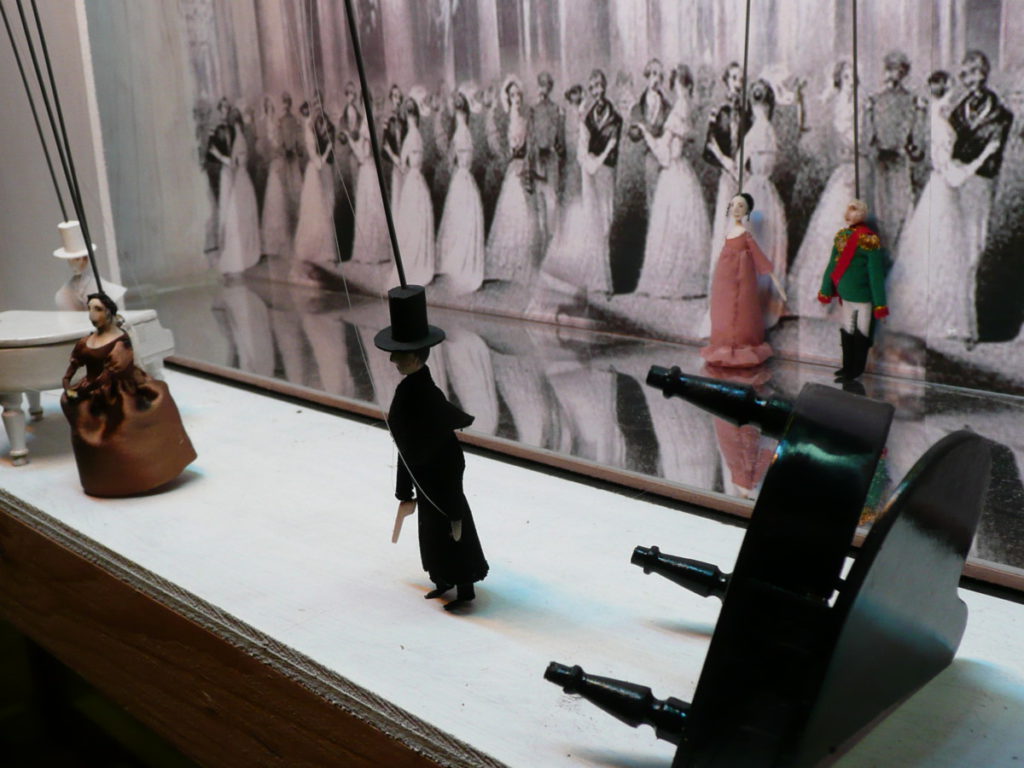 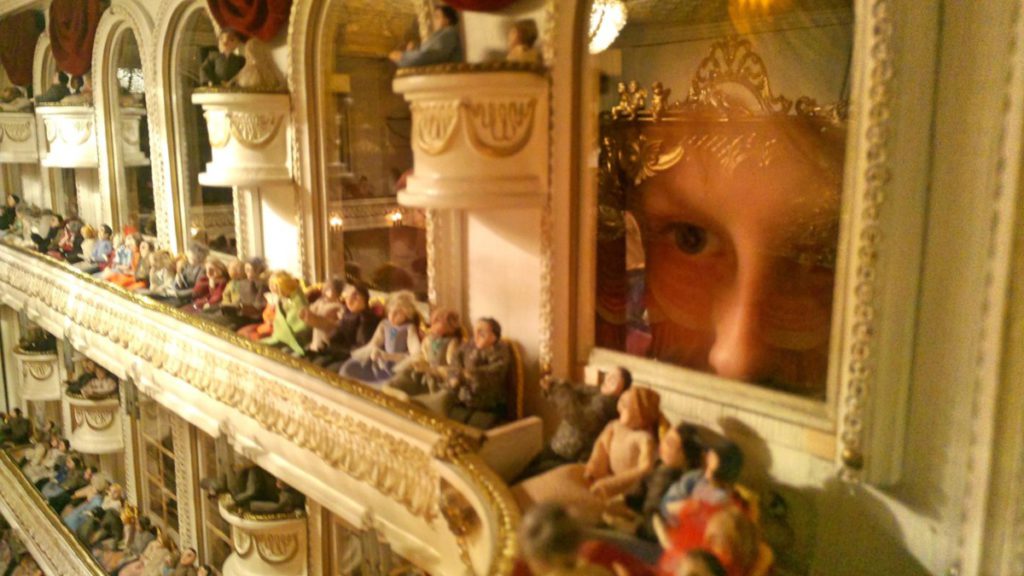 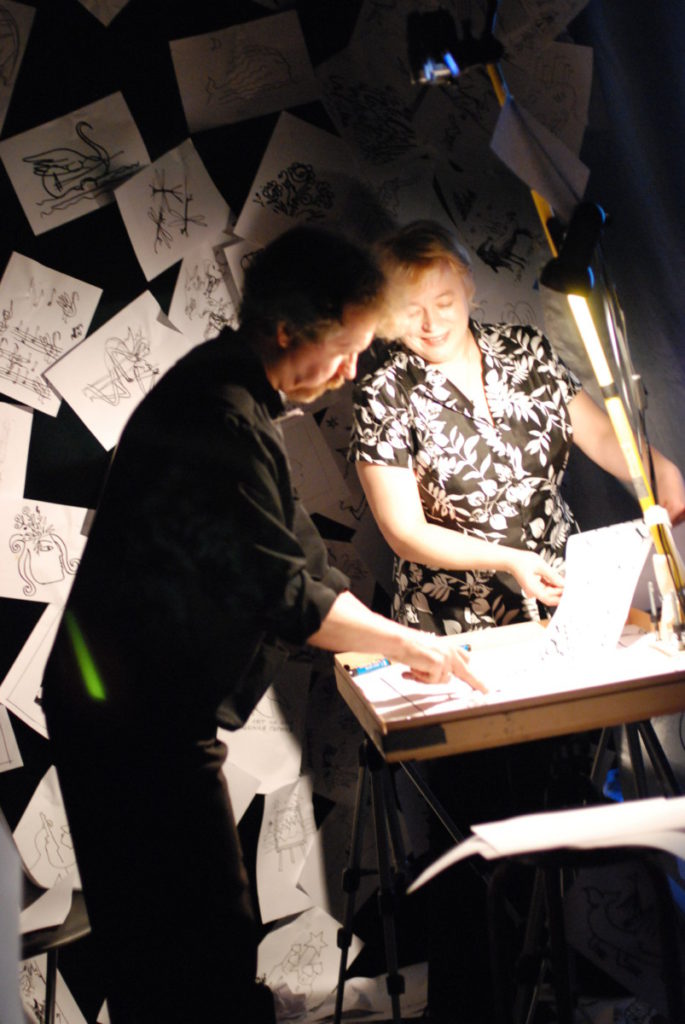 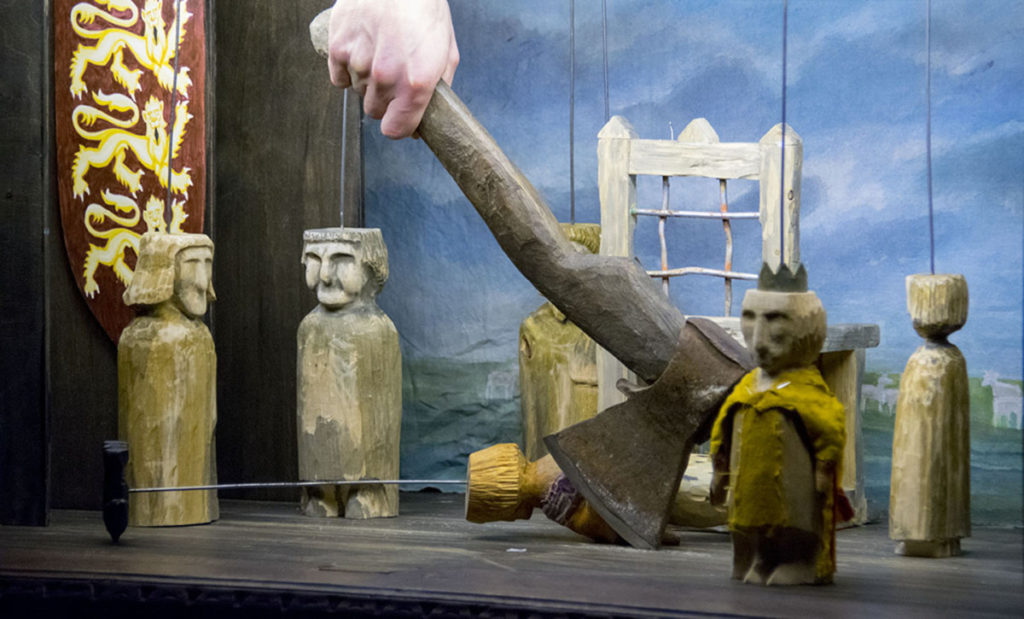 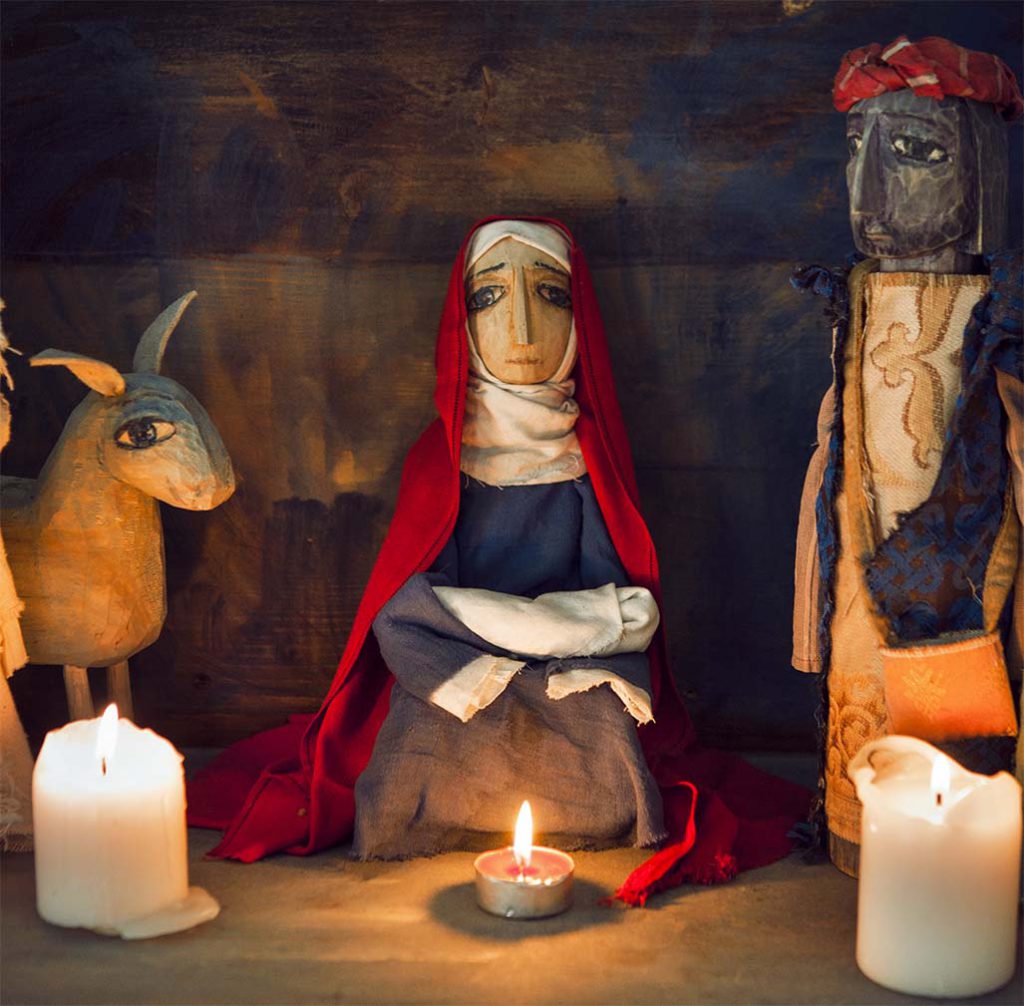 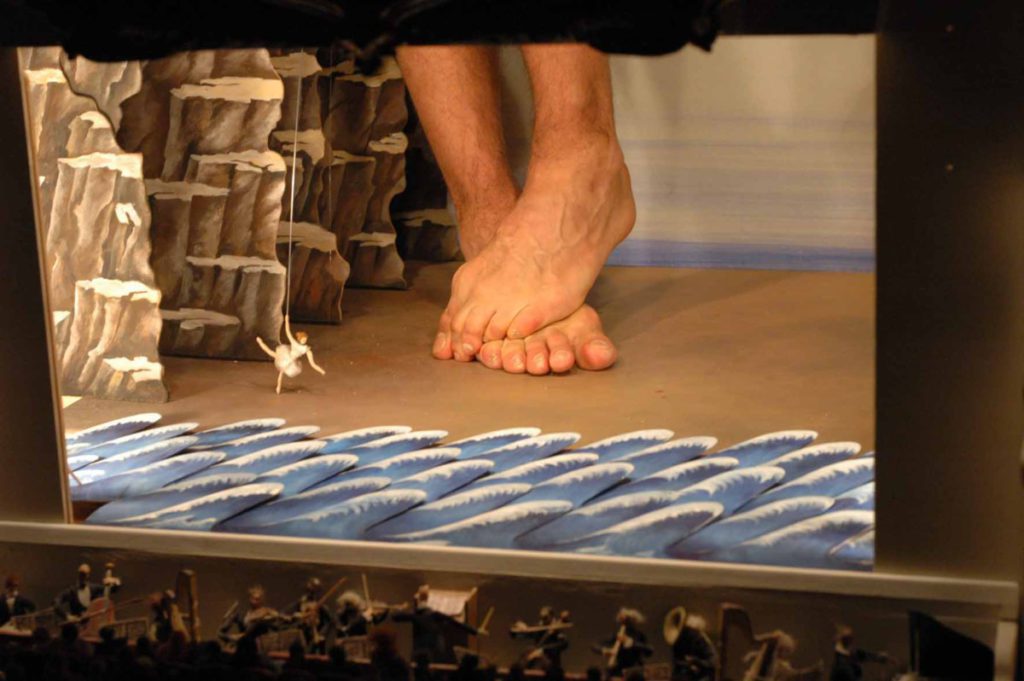 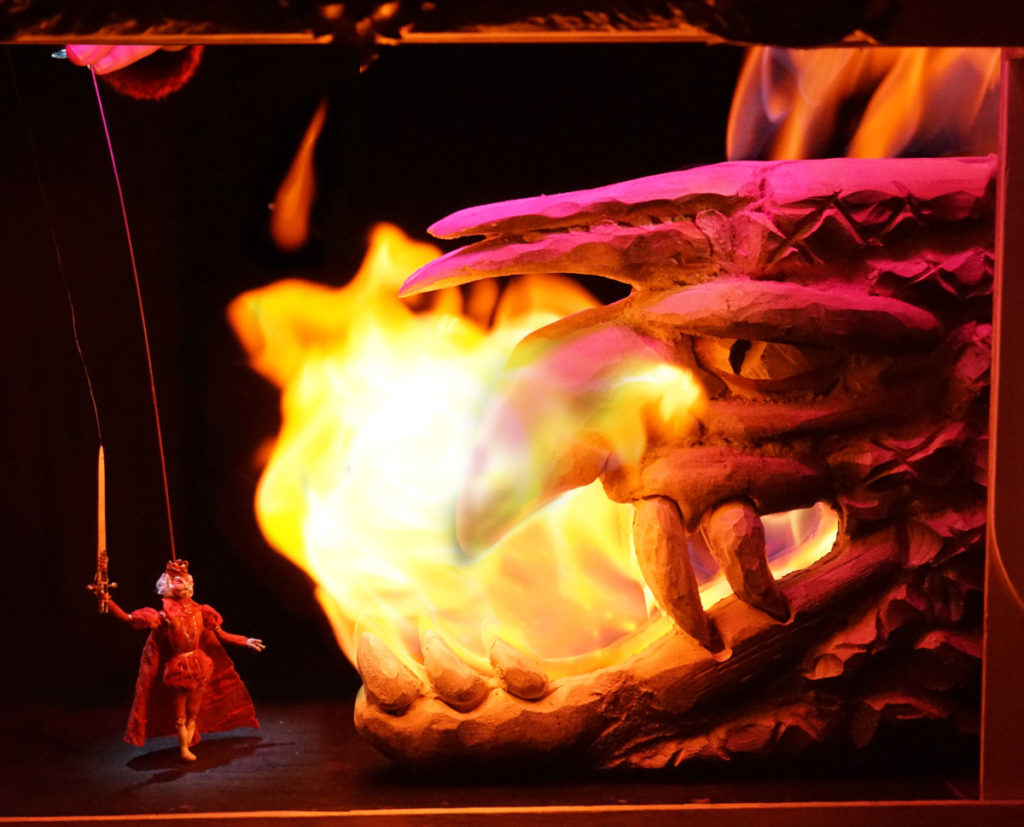 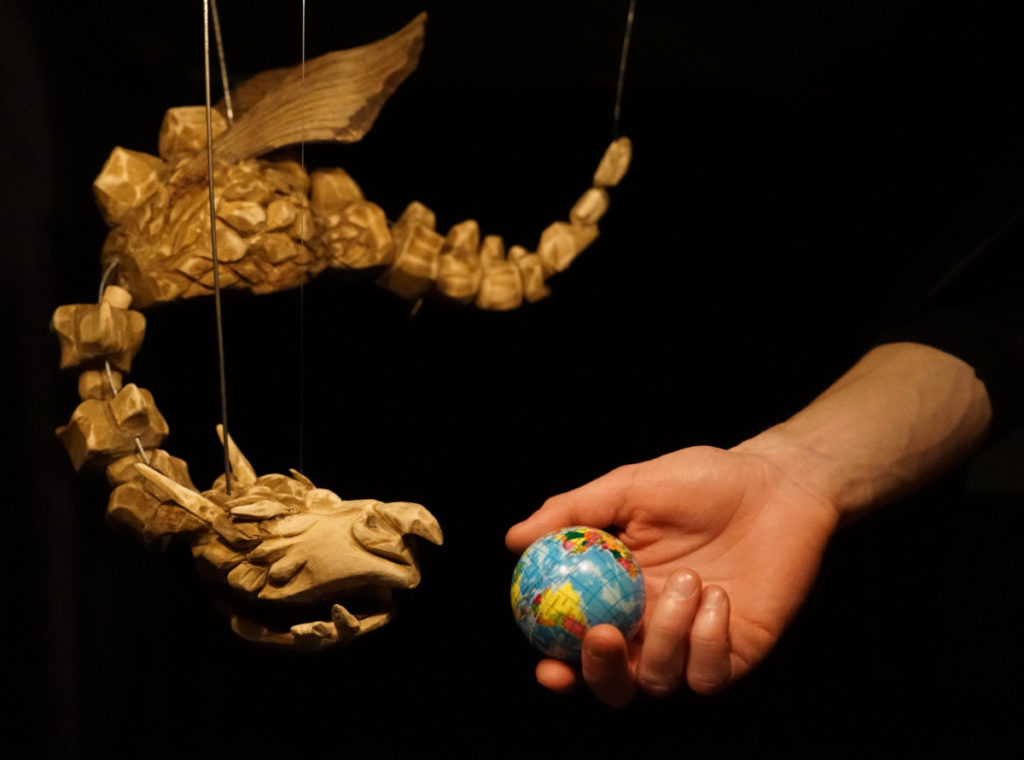 «
»
“Our 10-minute operas are not a simple selection of the most famous arias. We create an abridged version having in mind the meaning, the structure, the music of the entire thing – we do not just mechanically reduce it. This is a complete work, not just a short summary of War and Piece on two pages. It has its flavor, its own logic. At the same time we are trying to preserve the main idea of the original work. Our Carmen tells you about the big opera, running for 2 hours. It is some kind of postmodernism: a small production on the subject of a big production. In the project Puppet Café we decided to abridge Shakespeare’s plays in the same way. This task is a little easier than abridging an opera: the composer has to fit the principal musical themes into 15 minutes, preserving the musical structure of the original work, and to come up with his or her own one – in general, this is a challenging but fascinating task”.
Tatyana Vlasova, "Teatral"
«
»
“I think that for me the decisive factor was the possibility of realizing complicated theatre ideas (sometimes unrealizable on large stages) in a small space, in a barebones way, with scarce resources and equipment. Puppets are ideal actors: they are patient, obedient, they can do anything and do not demand payment. Not surprisingly, Gordon Craig dreamed about the Übermarionette".

Yekaterina Venediktova, "Maskbook"
«
»
And if something can not be realized on a small stage in reality, the audience can easily imagine that. Thus, we came up with the project The Lilikan Museum of Theatre Ideas, where the productions are intended for the large stage, but are realized in the form of a model, and the audience members are given the opportunity to imagine how, on a colossal stage, the sets of Paris are being burnt in reality (in Anatoly Vasiliev’s Misanthrope) or how a real giant is dancing in a classical ballet (Nikolai Tsiskaridze as Polyphemus)".
Yekaterina Venediktova, "Maskbook"

Career: My graduating project at the Academy was titled “The Mobile Partition in Portable Puppet Theatre.” Getting introduced “from the inside” to all Moscow puppet theatres existing at that point, I decided to do something on my own. My first teachers (willingly or not) were actress Maya Krasnopolskaya, director Felix Feinstein, art scholars Viktor Novitsky and Irina Uvarova. Riding on the wave of Perestroika, Maya Krasnopolskaya and I created our own theatre SHADOW – the first after the end of the Soviet rule private puppet theatre in Moscow and perhaps in the entire Russia. At the moment this is a state municipal company with the staff of 15 people, and Maya and I continue to run it. We advocate the creative idea of theatre as art, first and foremost, and therefore our productions do not depend on form, genre, target audience, and other prejudices of puppet theatre. The projects of SHADOW Theatre Company were at different times joined by actors Nikolai Tsiskaridze, Valery Garkalin, Nikolai Fomenko, Alexander Filippenko, Igor Pismenny, Valentin Gaft, and etc.; singers Alexei Kosarev, Alisa Gitsba, Natalia Barannikova, and etc.; directors Anatoly Vasilyev, Pyotr Fomenko, Kama Ginkas, Roman Viktiuk, Mikhail Levitin, and etc., screenwriters Tonino Guerra, Sergei Plotov, Sergei Kokovkin, Lev Rubinstein, and etc.;  composers Alexander Bakshi, Andrei Semyonov, Alexander Manotskov, Vladimir Nikolayev, musicians Tatyana Grindenko, Andrei Kotov, and etc.

Favorite authors, subjects, stories: It is hard to choose. It is easier to say what my “don’ts” are: I tend NOT to work with “kitchen-sink realism” and political/social theatre (but not always – it depends…).

Does a performance need text? Sometimes YES, sometimes NO – because sometimes yes and sometimes no.

Is the expression “puppet theatre” still relevant today? It does not matter, as long as your work results in an interesting “product”. I would say that in most cases the expression “puppet theatre” should be used in reference to traditional productions in this genre. If the creators of a theatre want to emphasize that the orientation of their theatre is not quite traditional, they usually choose a different title for their company.

What, in your opinion, is the difference between puppet theatre in Russia and the West? The advantages of Russian theatres: in many cities theatre companies receive permanent direct funding from the state which gives them an opportunity to plan their creative work for several years in advance (the reverse side of this is becoming “over-organized” and being “overburdened with bureaucracy”). The advantages of Western theatres:   existence of indirect public and state support (reducing or waiving the taxes on this kind of activity, easy registration process for theatre companies, often – giving the companies venues where they can conduct cultural activities), compared to the Russian Federation, they have a large number of public, state, and private grants given to cultural institutions.  (The reverse side of this: fighting for these grants takes the time and energy which could have been spent on solving creative tasks).

What is useful about collaboration and cultural exchange? In the first place, it gives us a chance to encounter and accept someone or something different: a person, a way of thinking, traditions, worldviews, schools, forms, materials, techniques, styles, cultural codes… with far-reaching consequences of such acceptance. 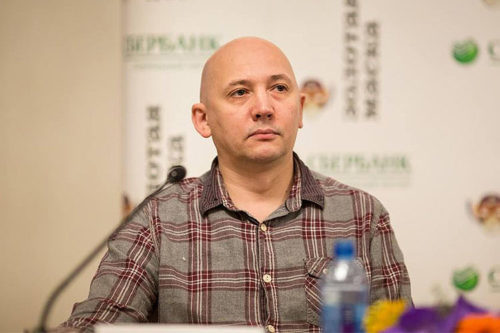 “If Jonathan Swift, who once invented Lilliput, brilliantly made fun of the arrogant imperial manner of its citizens, who considered themselves the center of the universe, Krasnopolskaya and Epelbaum, watching their own Lilikans, no less consistently, although very gently, make ironic comments about the Grand Style in the arts. Such a phenomenon as SHADOW Theatre apparently could appear only on the debris of an empire. Ilya’s and Maya’s approach to the ballet is especially amusing because it is the most imperial of all the genres. In The Death of Polyphemus, the most outstanding ballet clichés are lovingly gathered. The scenery, representing dawns and dusks, the birds, flying over the smooth surface of the sea, the menacing elephants brought to the stage on moving platforms by miniature stagehands, who are wiping their sweating foreheads… We hear the music, suspiciously similar to Khachaturyan, the Lilikan corps de ballet performs a dance with spears (i.e., saber dance), the impressive fires are being made in the middle of the stage. And, during the touching love duo between Odyssey and Galatea, the stage is being filled with flowers – no doubt, for the sake of the utmost beauty.” 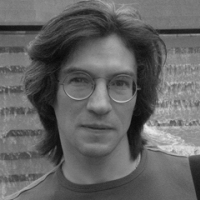 "SHADOW Theatre Company is unique not only because it elevates the genre of domestic naughtiness and merry mystifications to the ranks of high art, but also because of its remarkable ability to involve in their fun half of the theatrical Moscow. Serious and famous actors, composers, artists, men of letters, and directors are happy to take time out of their busy schedules in order to help Ilya Epelbaum and Maya Krasnopolskaya to create another production and give themselves and several dozens of audience members a half an hour of carelessness and absolutely childish happiness. We can not predict if next spring Nikolai Tsiskaridze receives THE GOLDEN MASK for his performance of Polyphemus, but there is no doubt that a luxurious cake, baked for the guest solo artist by all of the Lilikan bakers – by order of the Lilikan king – is as great an honor.”