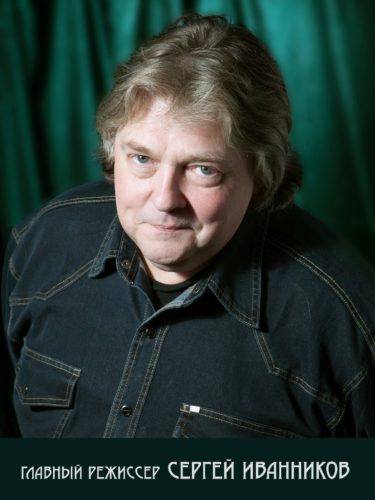 Winner of the National Theatre Award THE GOLDEN MASK (production Athanatomania, nomination: Best Design, 2005). Sergei’s production Neighbors was named the best puppet production of 2009. He has worked in puppet theatres across Russia.

Ivannikov’s favorite puppet system is the mimicking puppet with alive hands; three actors in the black cabinet operate it, which demands from the performers a special feeling of partnership. Sergei is director-pacifist, who in his productions – no matter whether it is Pushkin’s fairy tale, known by young audiences by heart, or Arrabal’s rarely staged absurdist play Picnic – does not get tired of repeating that every personal human sin is inevitably bringing closer the world catastrophe, both ecological and humanitarian.

The Mystery of Speckled Hen – 2005, Seversk Theatre for Children and Youth

The Tale of the Fisherman and the Fish — 2015, Tomsk Regional Theatre of Puppet and Actor Skomorokh named after R. Vinderman 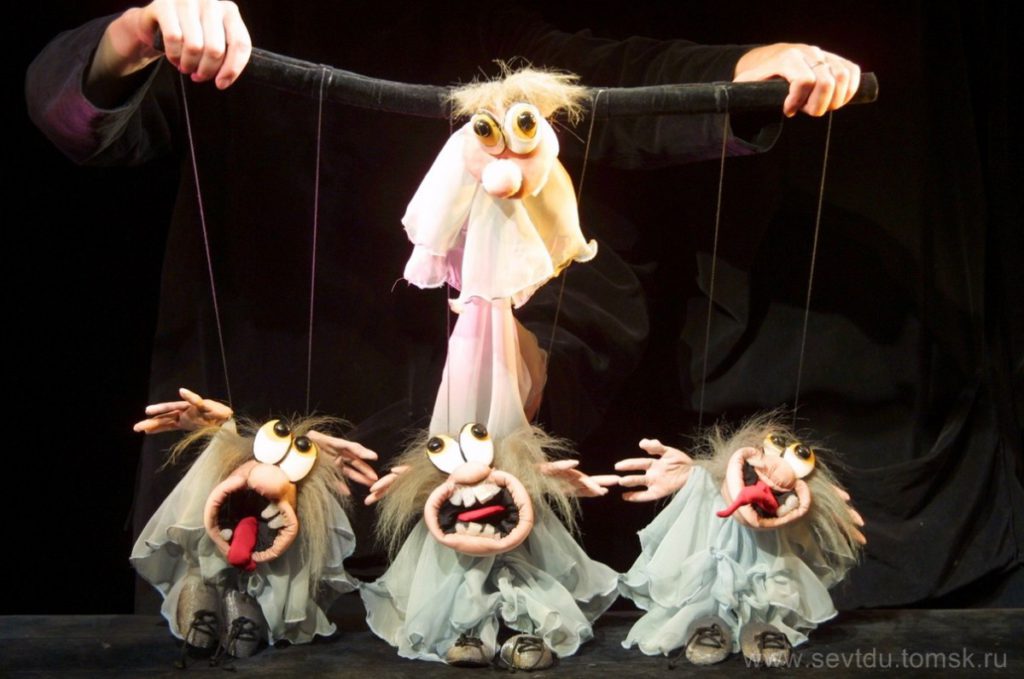 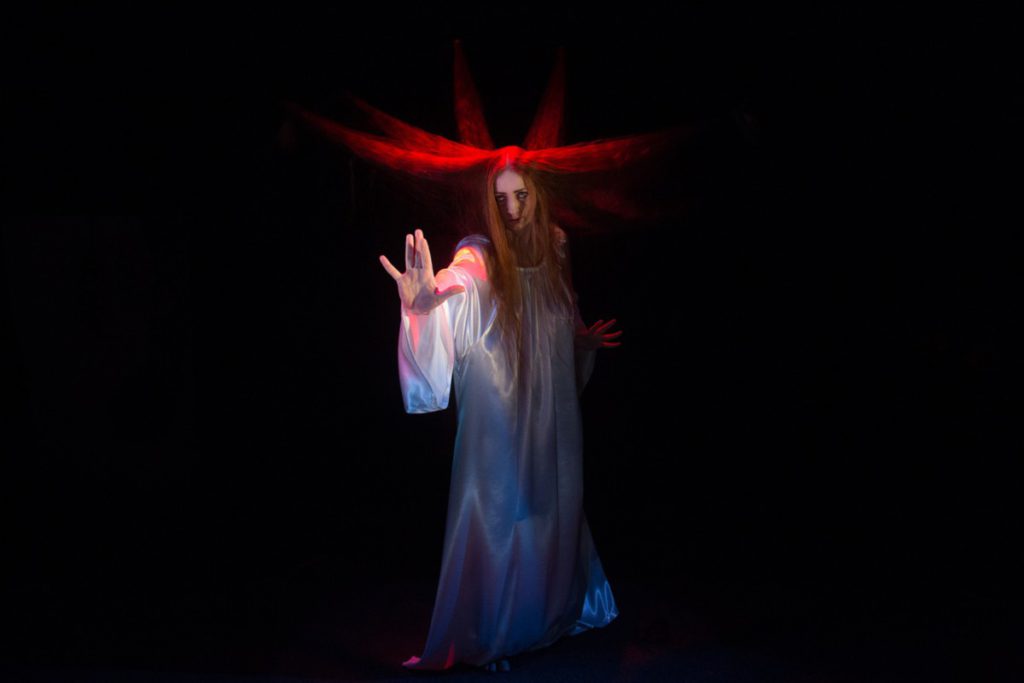 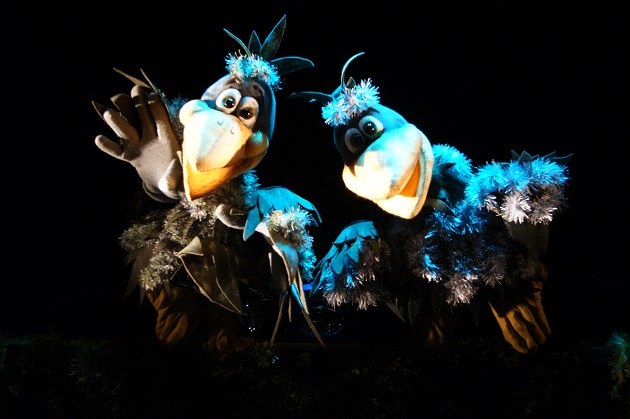 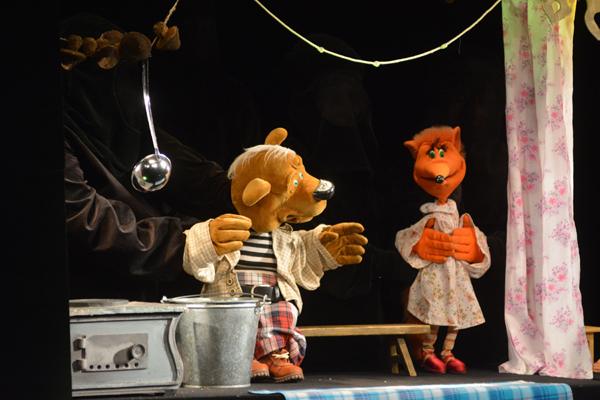 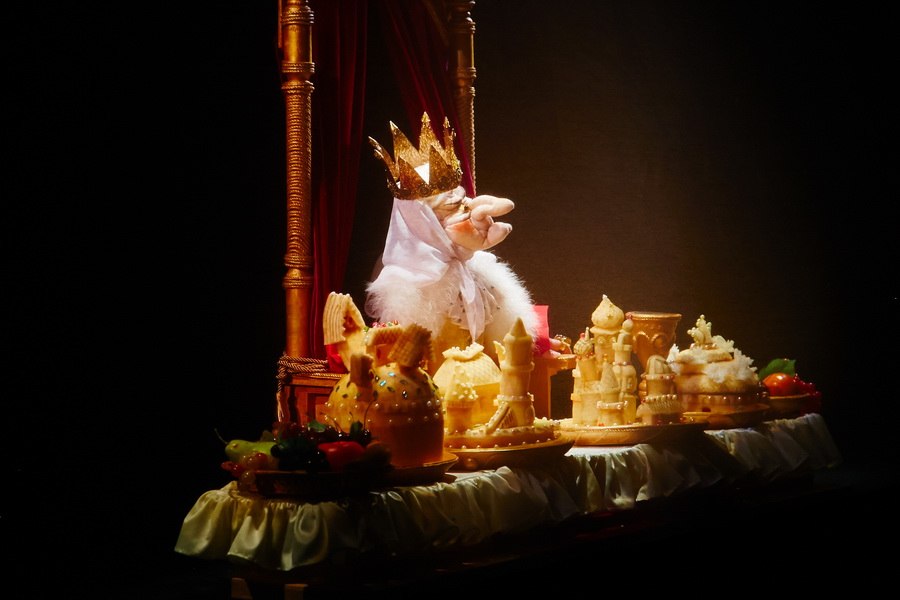 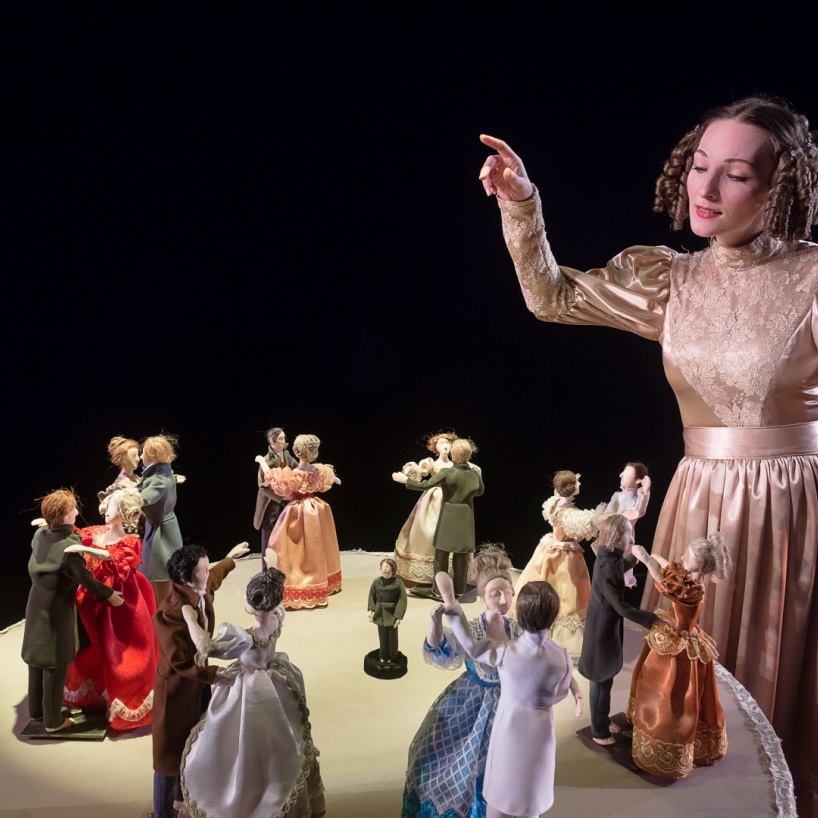 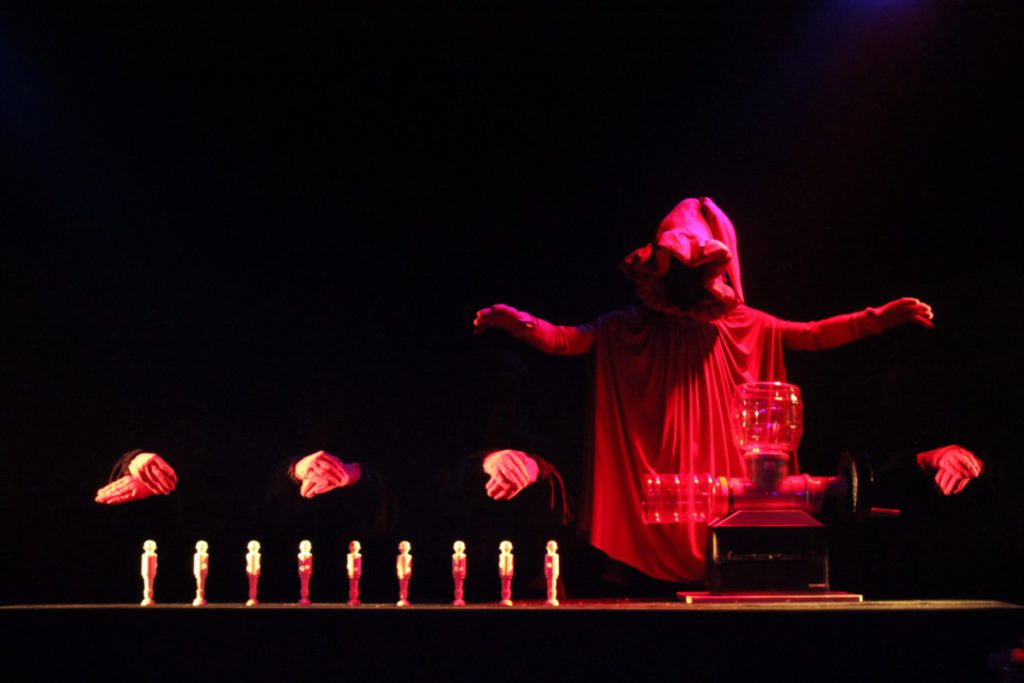 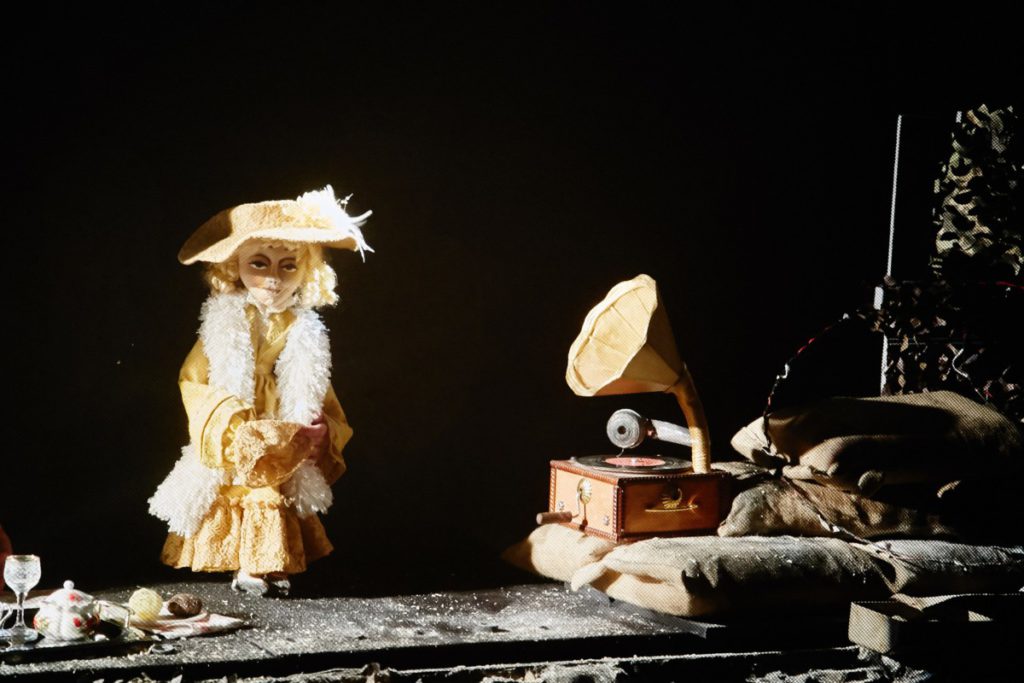 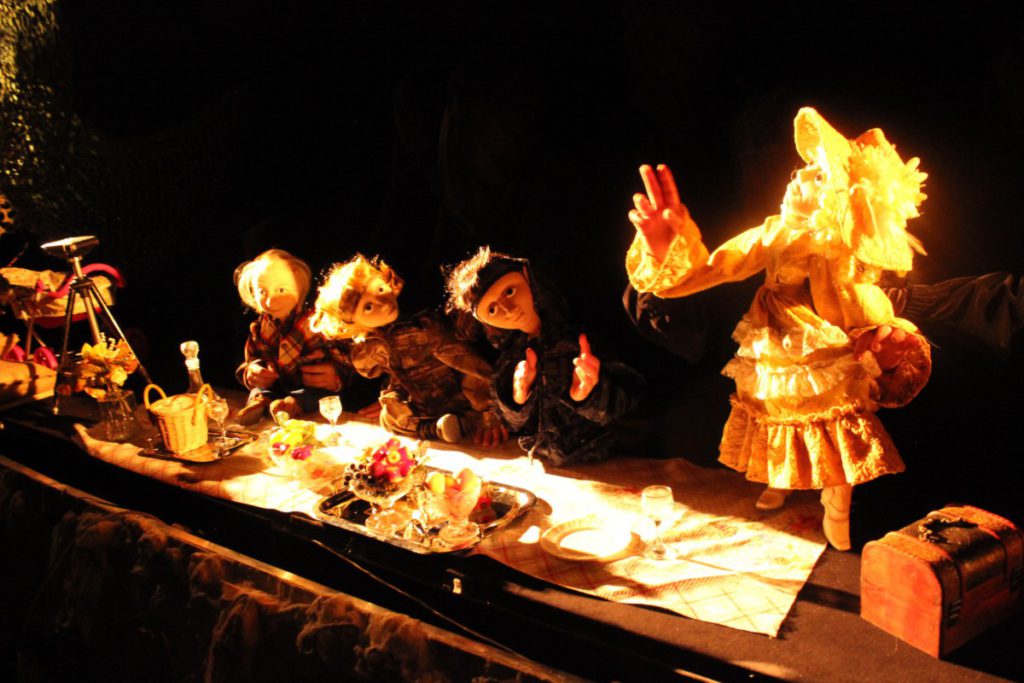 «
»
“…I am not too attracted to technologies – clockwork puppets, videos playing for half of the production. Of course, sometimes this can be justified by the very concept of the production – <…>. In any event, theatre should remain theatre. I support the idea that an actor should skillfully operate a puppet, and not the puppet should move every time the button is pressed. The mastery of operating the puppet is the most fundamental thing in our art, it should be perfected all the time.”
Elena Konovalova, "Krasnoyarsk Daily"
«
»
“…puppet theatre has no boundaries, no other theatre has such opportunities. Indeed, puppets can do anything – they can perform Shakespeare or Gogol. In Krasnoyarsk Ruslan Kudashov directed a wonderful, in my opinion, production based on the works by Kharms. The most important thing is to find an idea and realize it with taste, so that the audience perceives that.”
Elena Konovalova, "Krasnoyarsk Daily"
«
»
“…the mystical connection between an actor and a puppet as between live and inanimate matter is a completely unexplainable phenomenon. When an actor has a great professional technique, you look at a puppet and forget that behind the dark screen there is a man who operates it.”
"Tomskiye Novosti" [Tomsk News]
Mass Media Feedback: 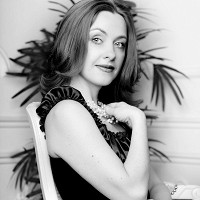 “Puppet theatre director Sergei Ivannikov took a bold step – he decided to stage Pushkin’s fairy tale without Pushkin, i.e. without his text. Everyone knows the words anyway, therefore the director focuses on the visual part of the production which is created meticulously and inventively. The principal character here is not the Golden Fish, but relations between the old man and the old woman. Expressive mimicking puppets convey all the hues of emotions: the evil and the pride of the old woman, playing with the world like a ball, as well as light tenderness and pity of the old man for his unreasonable wife.”

“Sergei Ivannikov’s production is amazingly touching and nice. The production’s seeming simplicity and naivety is in fact the result of the puppeteers’ incredible mastery: only when the actors take a bow, we understand that in the darkness of ‘the black cabinet’ almost the entire company is hiding.”