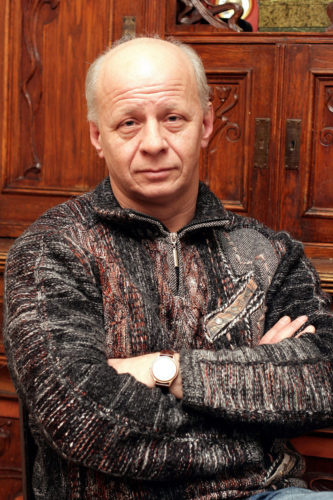 Vladimir was the head of Bratsk Puppet Theatre and staged productions across Russia. He is an honorary cultural worker of the Russian Federation. Two of his productions became the winners of the National Theatre Award THE GOLDEN MASK (The Bear, 2011; To Kill Karol, 2014).

Vladimir Biryukov advocates meticulously psychological puppet theatre, whether he is working with jigging puppets or marionettes, whether he stages Chekhov’s, Mrozek’s or Kolyada’s plays or his own adaptation of a well-known fairy tale. He constantly collaborates with designer Viktor Nikonenko.

The Parrot and the Brooms — 2016, Kukolny Dom Theatre, Penza 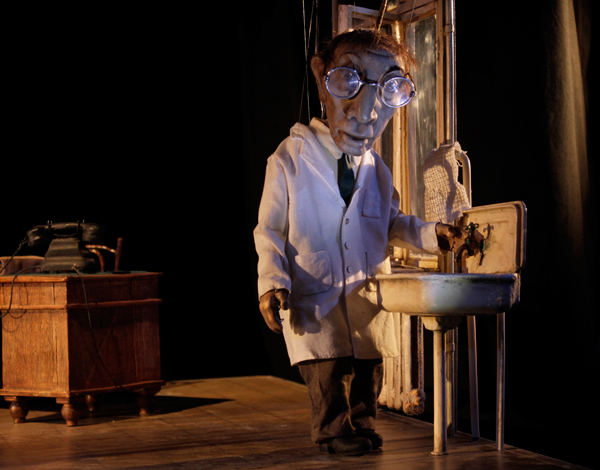 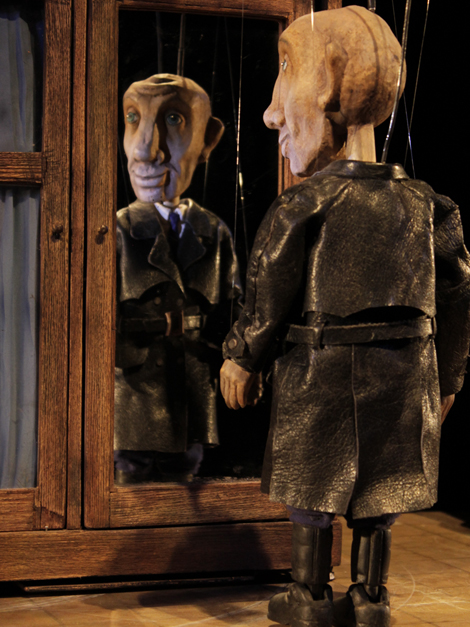 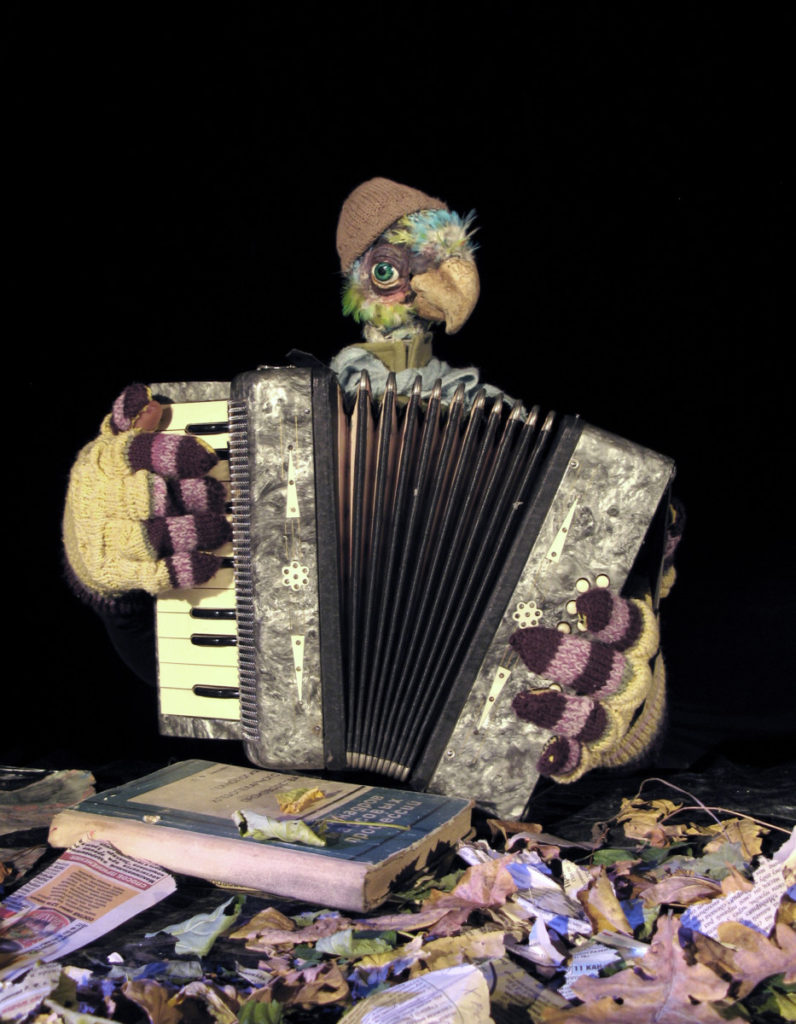 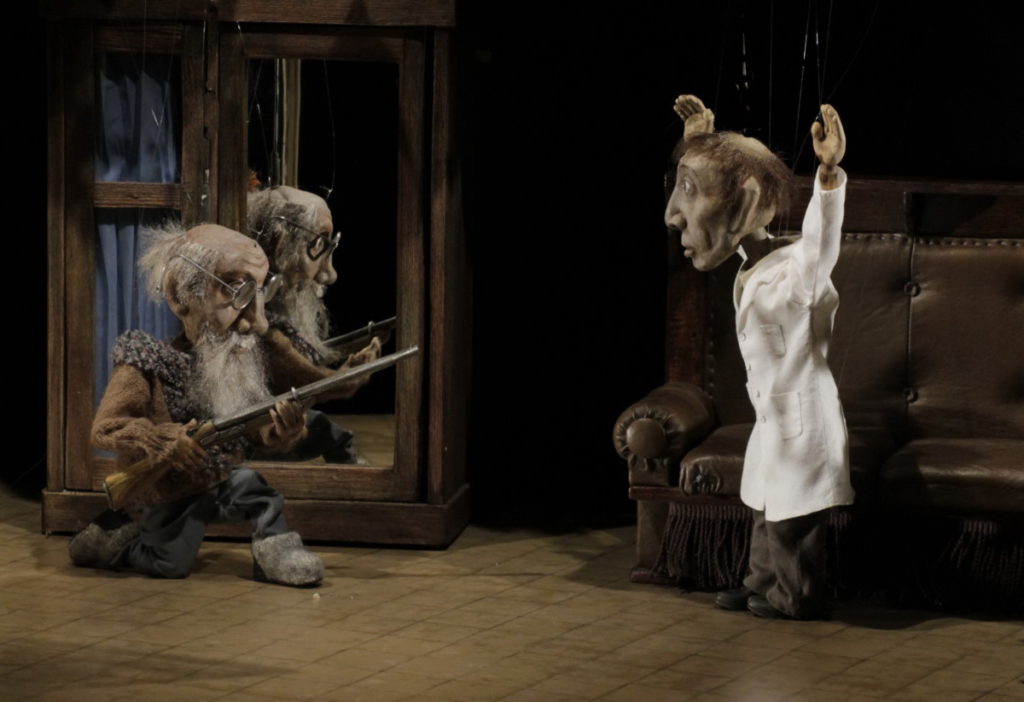 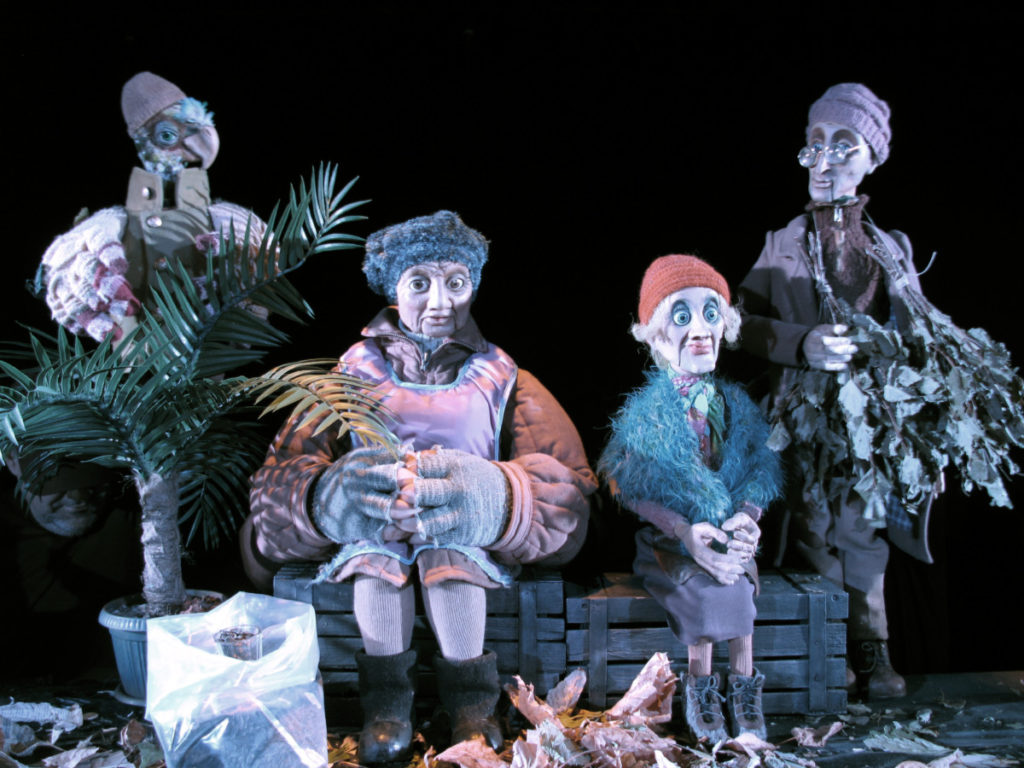 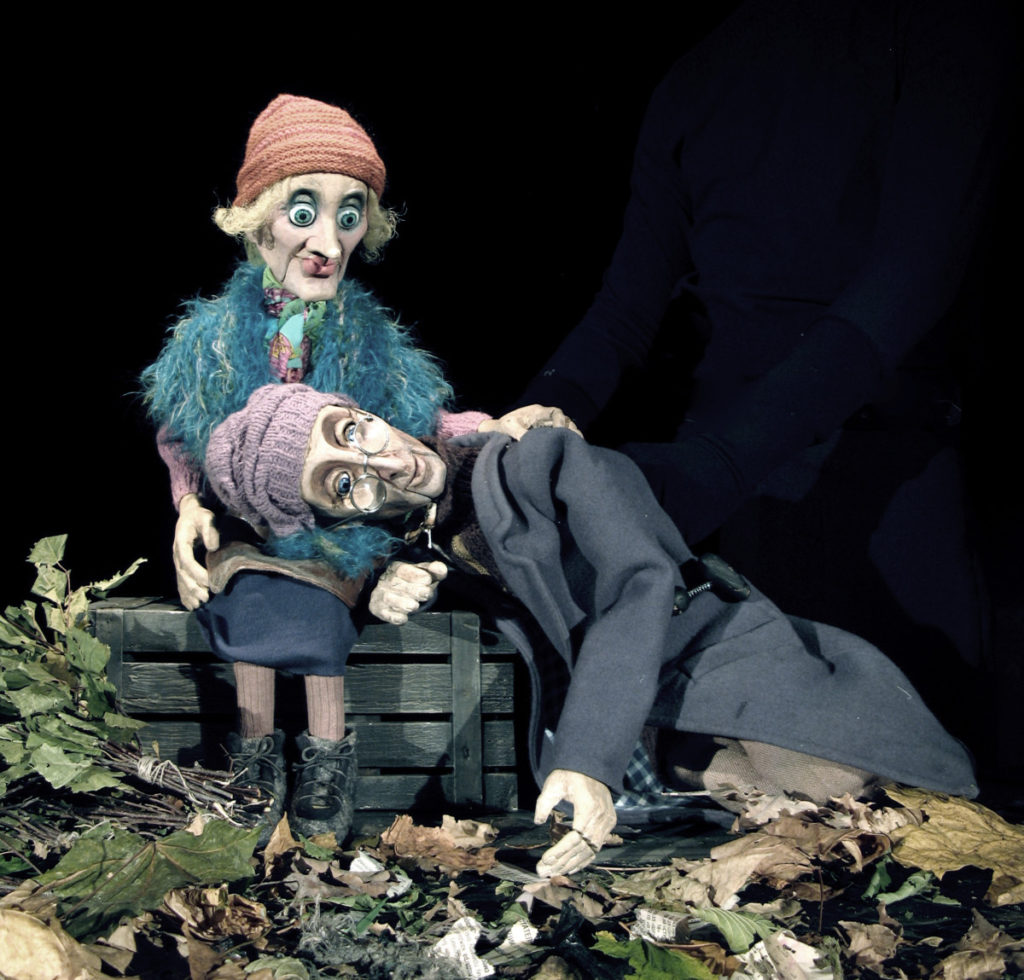 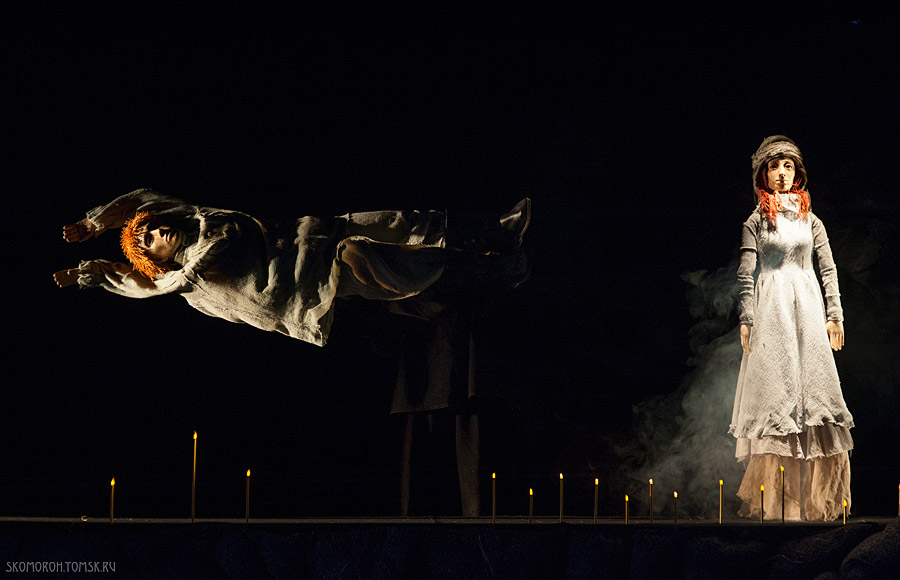 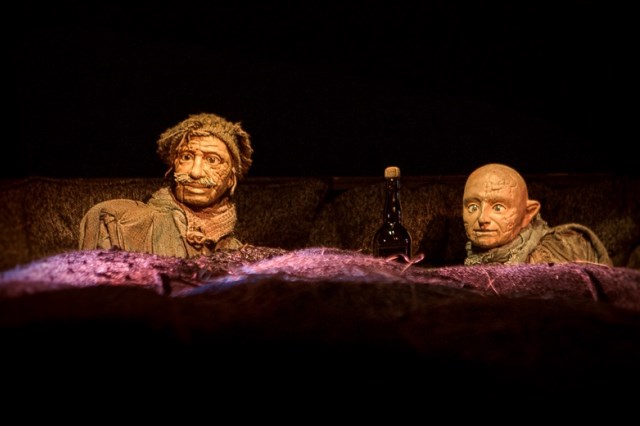 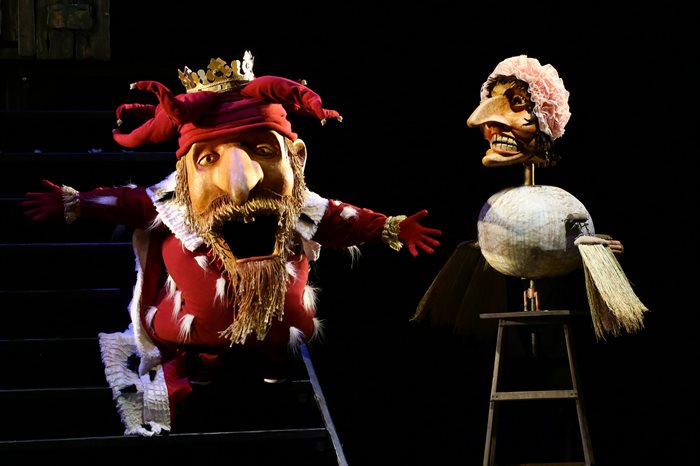 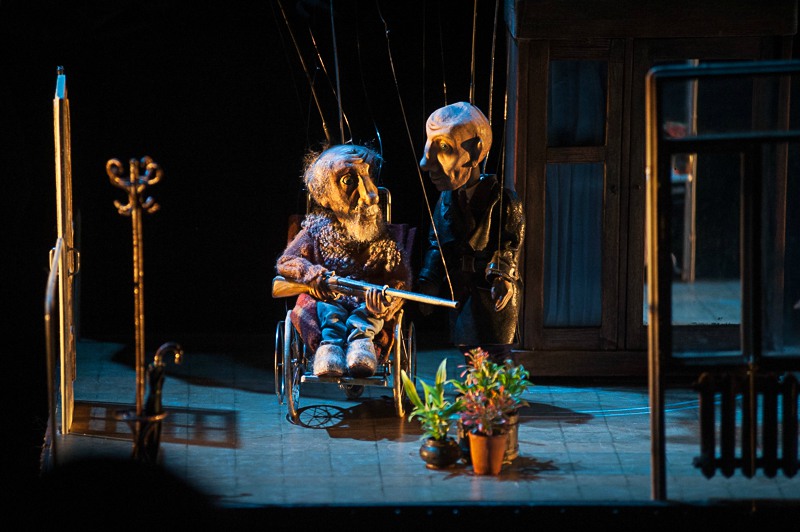 «
»
“Everyone has his or her own path to puppet theatre. For instance, I was brought here by accident. I was living in a small town of Zheltiye Vodi of Dnepropetrovsk region, having never seen puppet theatre. When I decided to go to Dnepropetrovsk Theatre School, it turned out that, at that time, they were not admitting people to study drama acting, so everybody who was admitted studied in the class of puppet theatre. Then I fell in love with this genre, after graduating I worked as an actor and then, after serving in the army, got admitted to Leningrad Institute of Theatre, Music, and Film, where I studied at the department of puppet theatre directing. I am still positive that there are many more possibilities in puppet theatre than in drama. Puppet theatre is more interesting visually, more versatile, convincing, and expressive.”
Svetlana Vasilyeva, Information agency OMSKREGION
«
»
“Not every puppet theatre reaches the level of professionalism which allows the company to stage productions for adults. This is quite a serious move forward for both the theatre and its actors. So that an actor could grow and develop professionally, the tasks for him or her should gradually become more and more difficult. I would not say that in my director’s practice there were many productions for adults, because theatre companies themselves do not always need them,”
Anna Pushkaryova, Internet portal Di-TV
Mass Media Feedback:

“The big puppeteer has small puppets: Vladimir Biryukov, especially when he works in a duet with Viktor Nikonenko, often prefers small worlds to the big world. It has always seemed that he was thinking on a small scale. However, now we understand: puppet worlds – that is where life really is.”

“This is a small-stage production for children, very Chekhovian in its intonation and atmosphere. It is also very unpredictable. It plays to an audio recording – the characters speak with the voices of well-known drama actors: Oksana Mysina gave her voice to the widow with cheek dimples, Sergei Garmash – to the not-so-old country gentleman, Kamil Tukayev – to the servant of Elena Ivanovna. Even the puppets, designed by Viktor Nikonenko, slightly resemble these actors. That is how it was conceived by Vladimir Biryukov, one of the most sought-after directors-puppeteers not only in Russia, but also abroad. “In my opinion, Chekhov should be performed by very good actors,” says Vladimir Biryukov. " 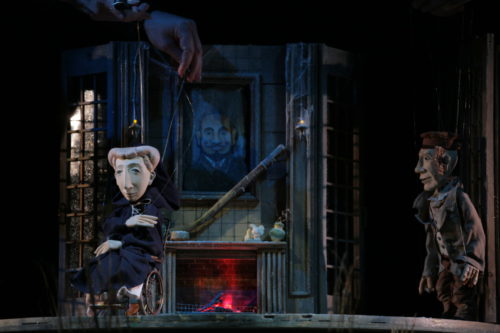