Director: Ruslan Kudashov
About the performance Photos Trailer Authors of the production Performers Reviews and media Festivals and Tours Rider 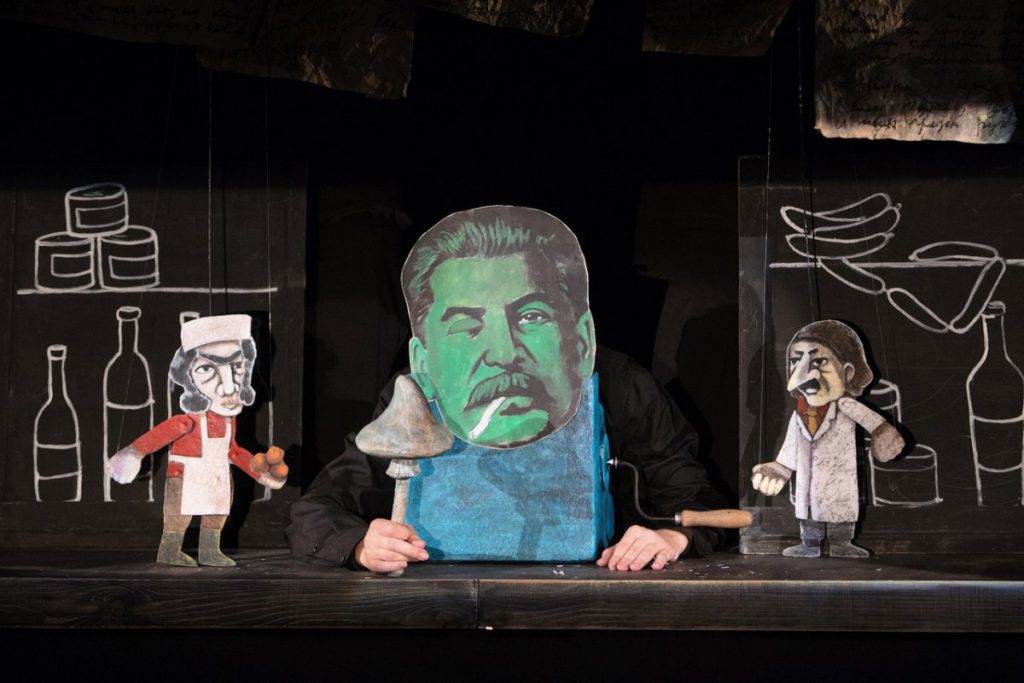 This performance is a journey to the absurd world of Daniil’s imagination where Daniil is either a prophet or a fool and Leningrad inhabitants make a symphony inspired by their overall vulgarity. Pushkin and Gogol, ashamed by the Road Sweeper, dissolve in the air. There is a battle of anecdotes (about Gogol and Pushkin) ending with a great revolution and storming the circus, where the classics of Russian literature show the trick of disappearance for public fun. Cruiser Aurora becomes a literary critic and provides a prospect for television reality shows. Geniuses fly on a huge cucumber-dirigible and shell the city. Then they transfer from the Theatre of Dramatic Cruelty building to a cooperative store with a cashier who is pretty cute but dead. Daniil himself makes a grand escape with obstacles, jumping over children, old women, houses and disappears somewhere in the universe.

“This is show about love, about allegiance. About life through the eyes of the famous writer. In puppet theatre this performance is not for children, but for viewers over the age of 18 years. In St. Petersburg this kind of pieces is highly developed. There are about 20 pieces for adults in our Bolshoi puppet theatre. We often make performances on weekdays. We have our audience. In St. Petersburg there is also a sufficient number of small theatres making performances for adults. Why Daniil Kharms?  Kharms came from the total absurdity of our lives. The epoch of Kharms is coming again. Our life has turned into a kind of absurd. There is even a sense of losing  correct direction. The life itself calls this author to the stage” 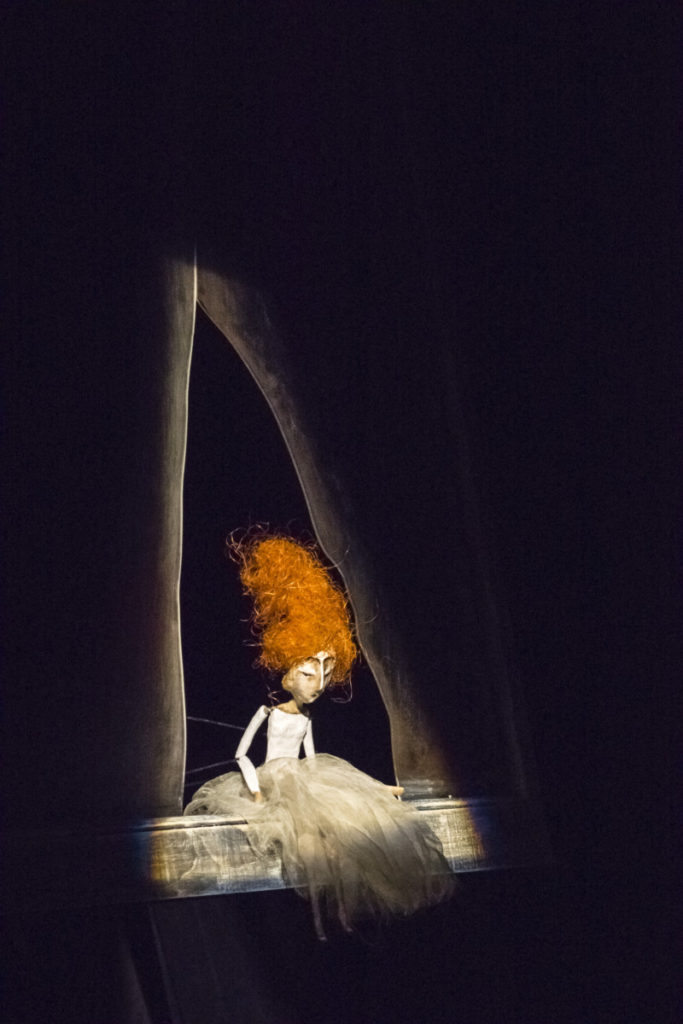 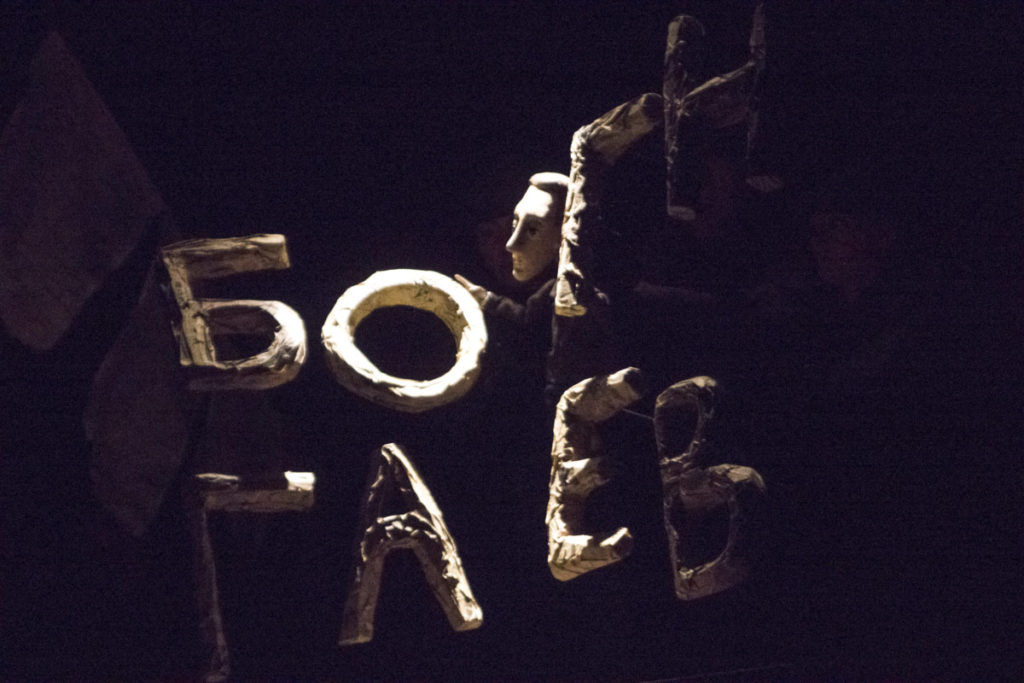 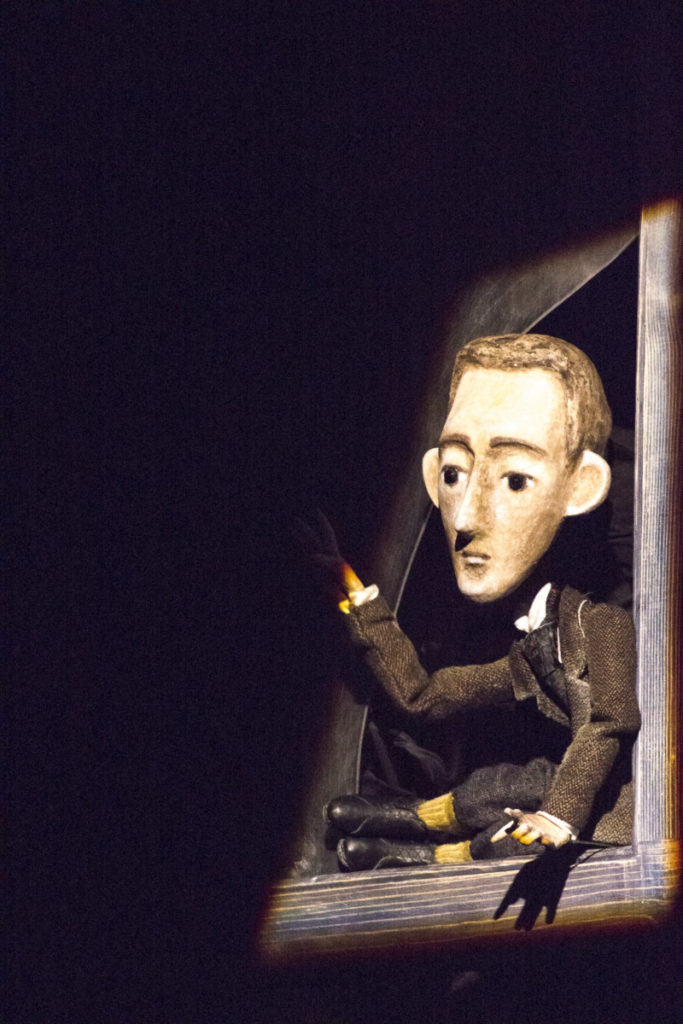 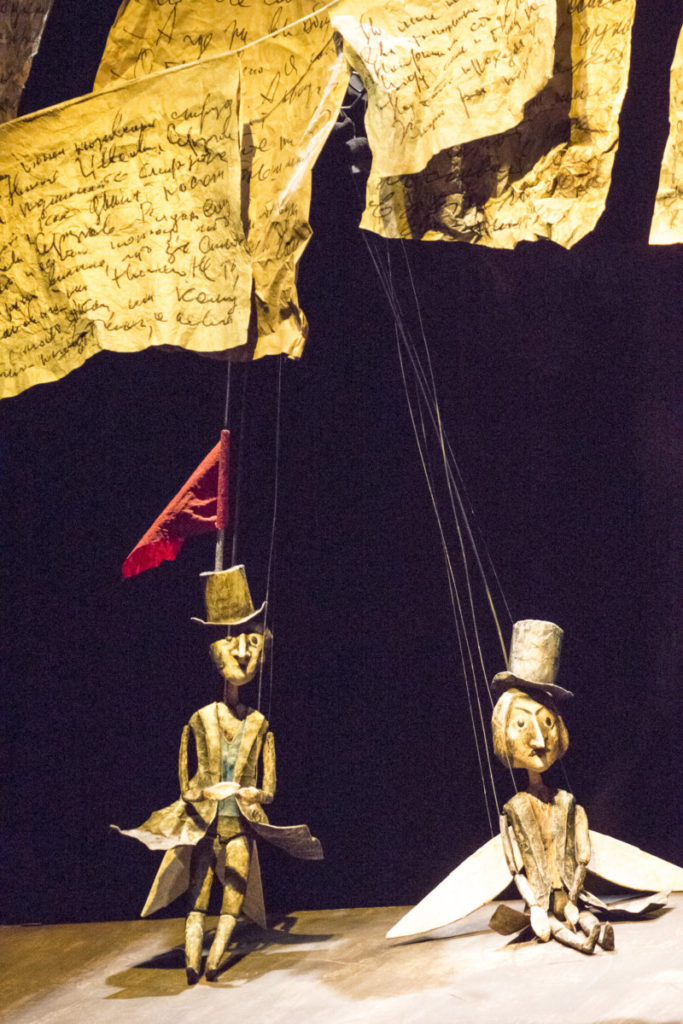 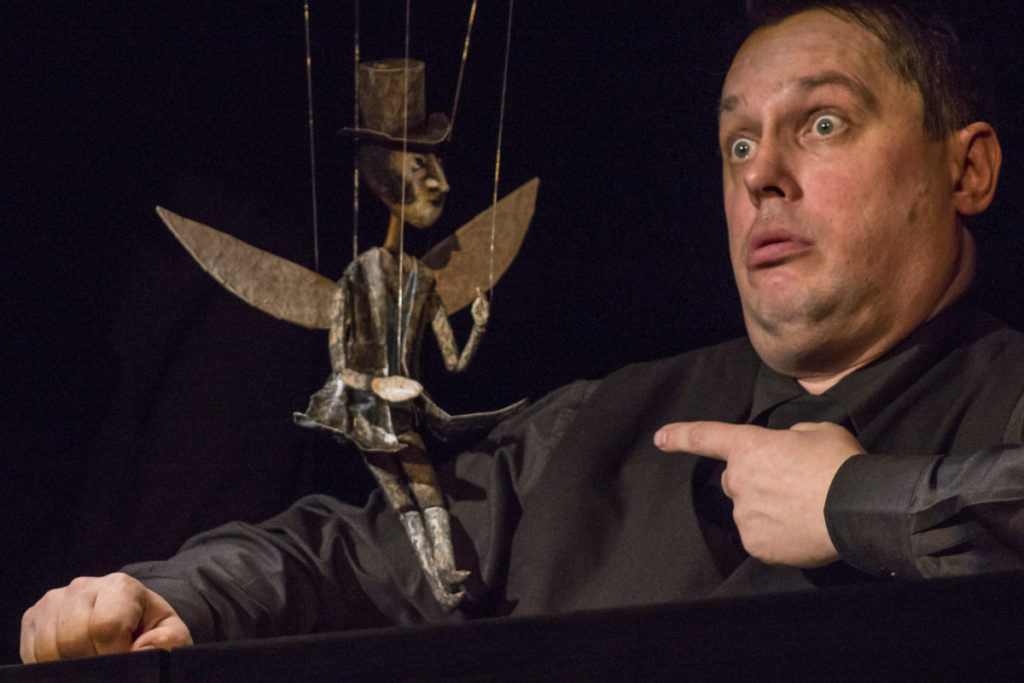 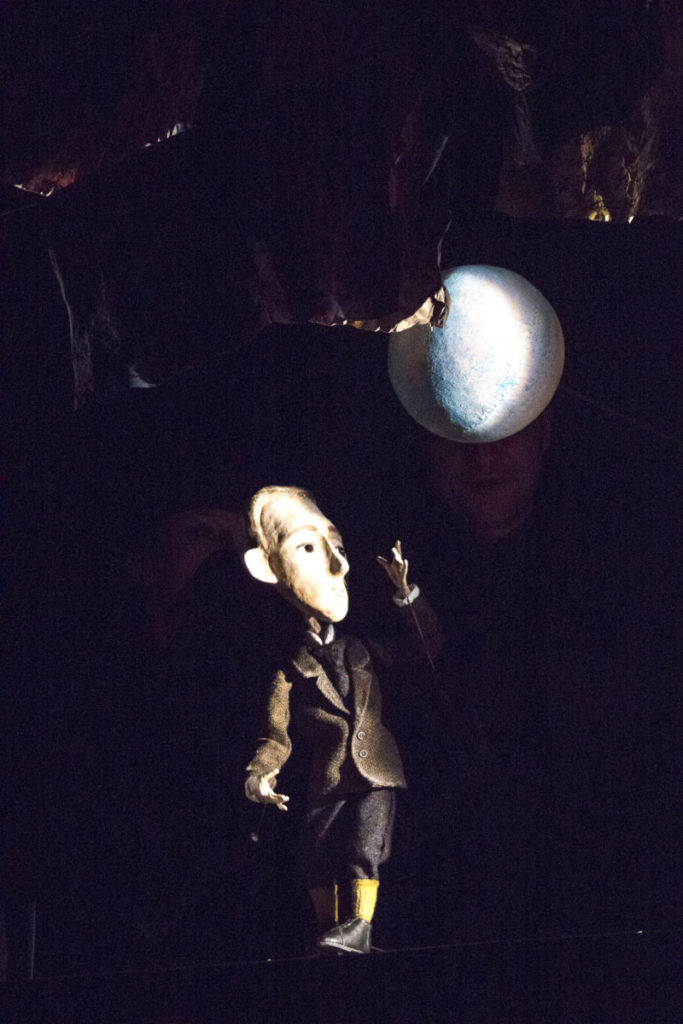 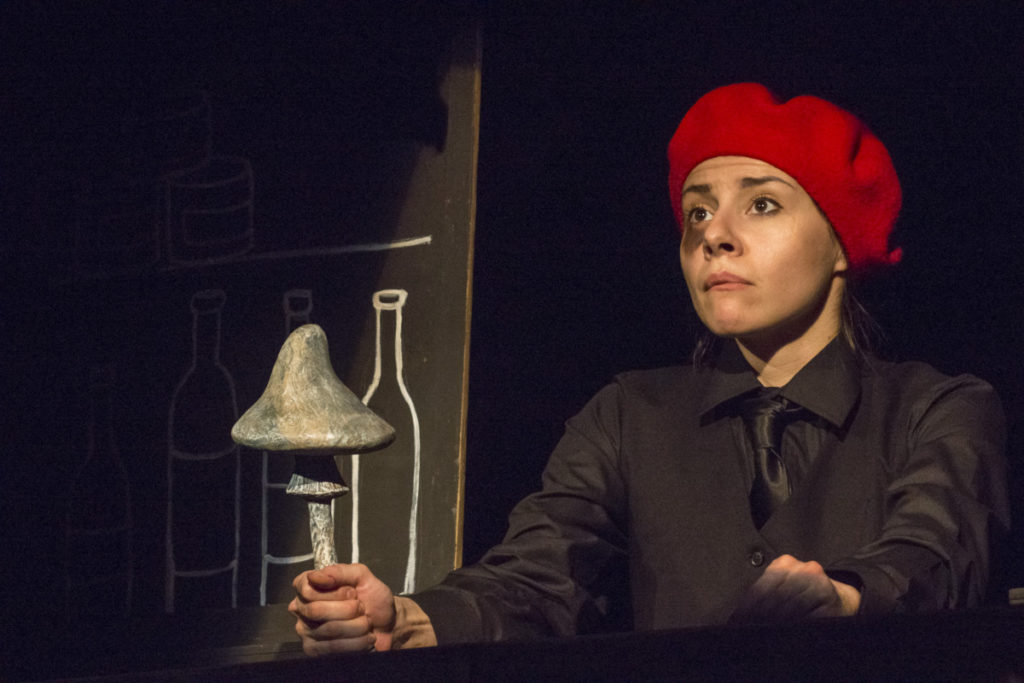 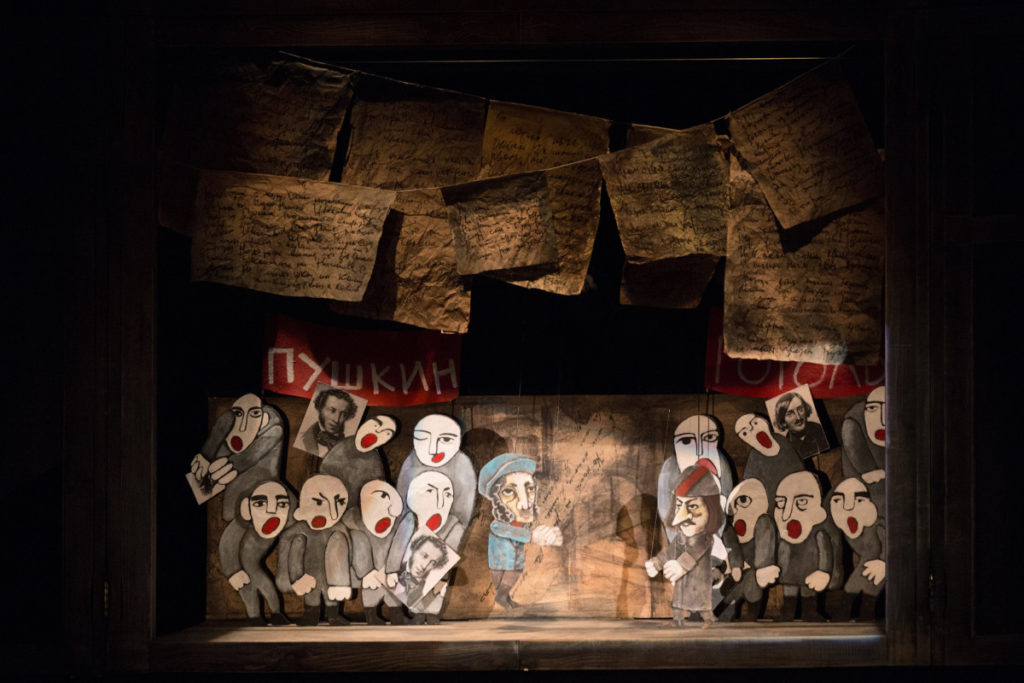 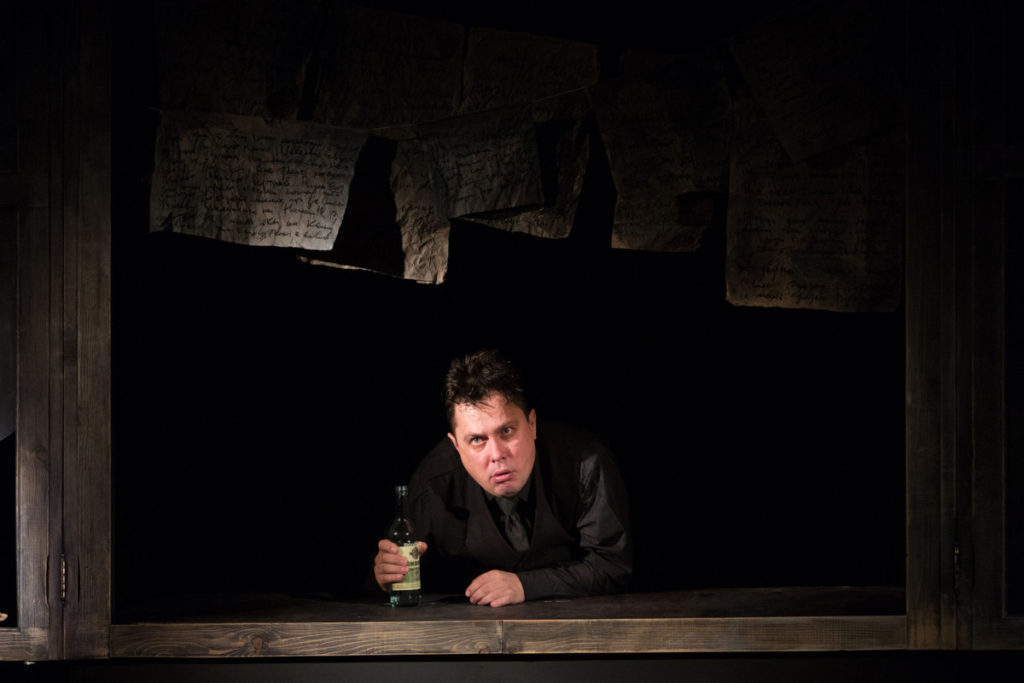 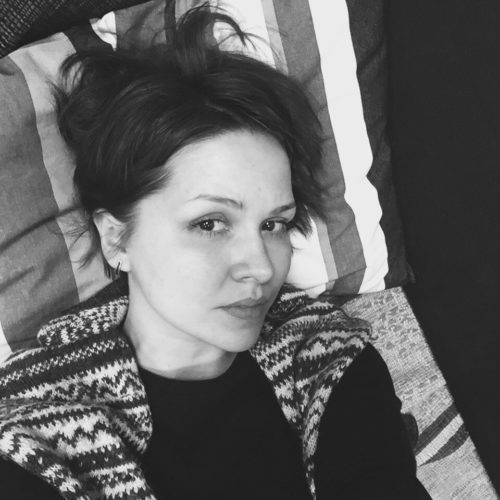 "Great eccentric Daniil Harms fitted in with puppet theatre sang and made a perfect ensemble in the performance by the St. Petersburg director Ruslan Kudashov and the artist Marina Zavyalova. This is the best way to present paradoxical texts of the central Soviet absurdist. The show resembles a dream of a slightly inflamed mind: an ecstatic pale little man either runs or flies through the space of his own imagination"

"Krasnoyarsk Puppet Theatre returned from an international festival. The performance "Kharms" became a participant of the international festival "BPT-FEST: Contemporary puppetry theatre" on a par with the leading European puppet theatres. All the tickets for the Krasnoyarsk performance had been sold a week before the theatre arrived in St. Petersburg. The performance met the hugest audience interest among other participants of the festival. The hall with 300 seats hardly had space for all the comers, the viewers stood along the walls and even sat on the floor"