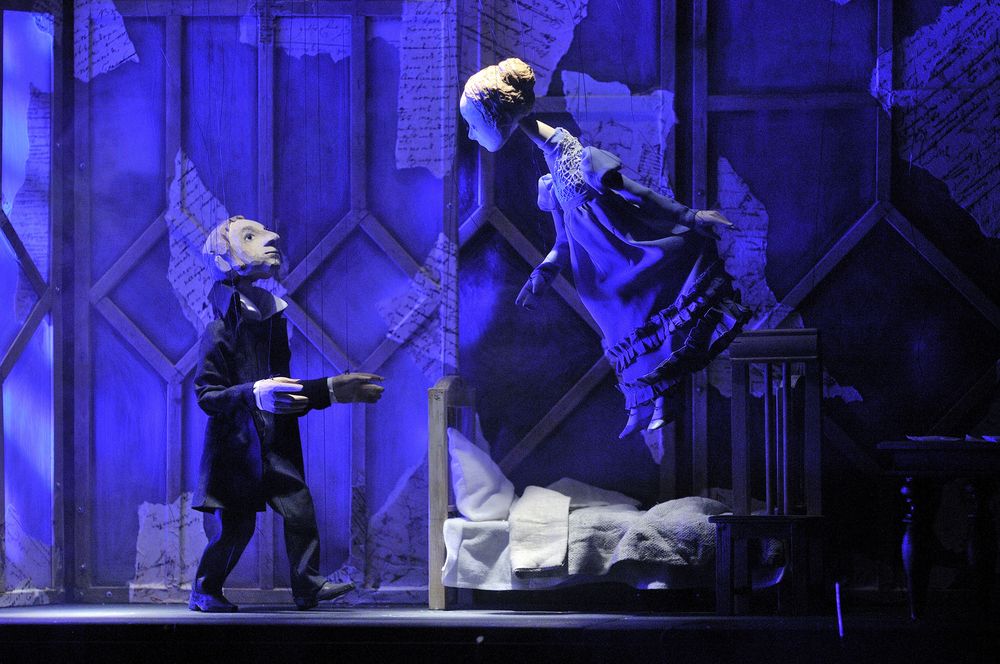 Ruslan Kudashov has assumed two stories “The Stationmaster” and “The Blizzard” by Alexander Pushkin, one of the greatest Russian writers, as a basis for his new creative work – a charming and delicate story. In this story marionettes are the main characters and they are the aristocracy among any other puppets. An actor operates the puppet pulling long strings, that’s why it is so fluent and its’ gestures are so graceful. This puppet system can transmit the spirit of works by Pushkin, who is “the lightest poet” according to Abram Tertz. Both there is a puppeteer operating the puppet, and there is a supreme power, which defines the characters’ destiny. These two stories are united by Ivan Petrovich Belkin, who animates Pushkins’ characters taking up his pen. Each of these characters ought to make his own way, make mistakes, sin and be mistaken, but towards the end each of them comes to repentance and receives forgiveness. The play is filled with joy and sadness at the same time, there easiness goes with tragedy, and lyrics gives place to phantasmagoria. 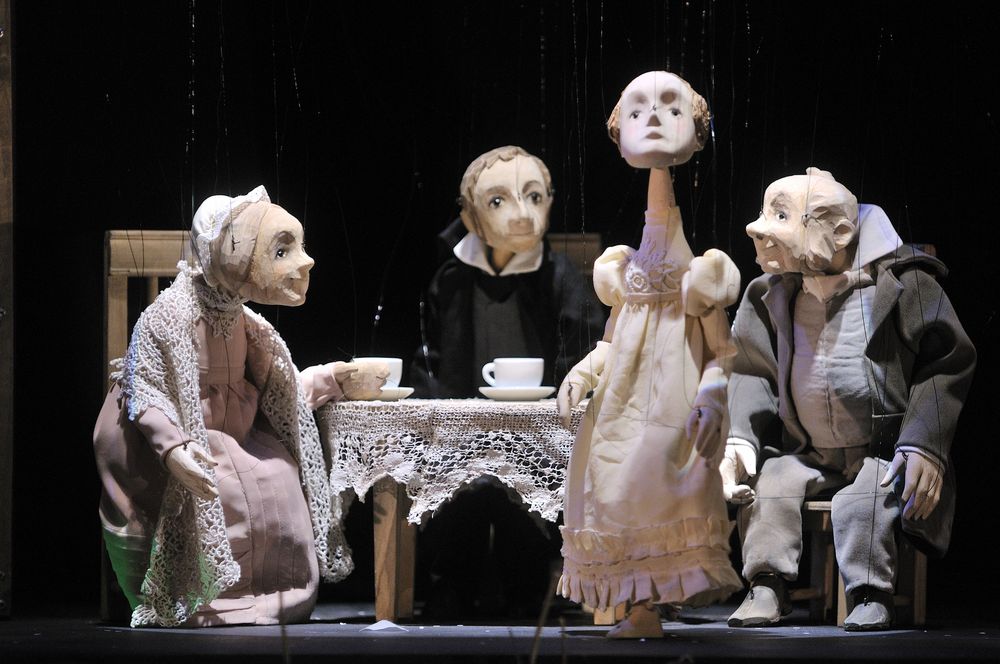 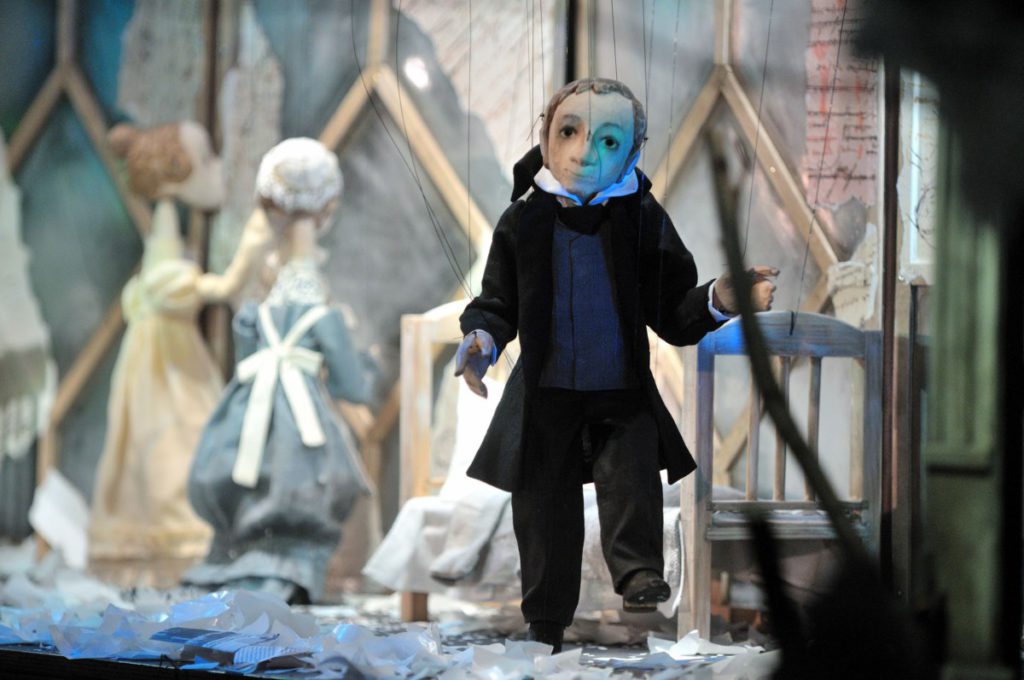 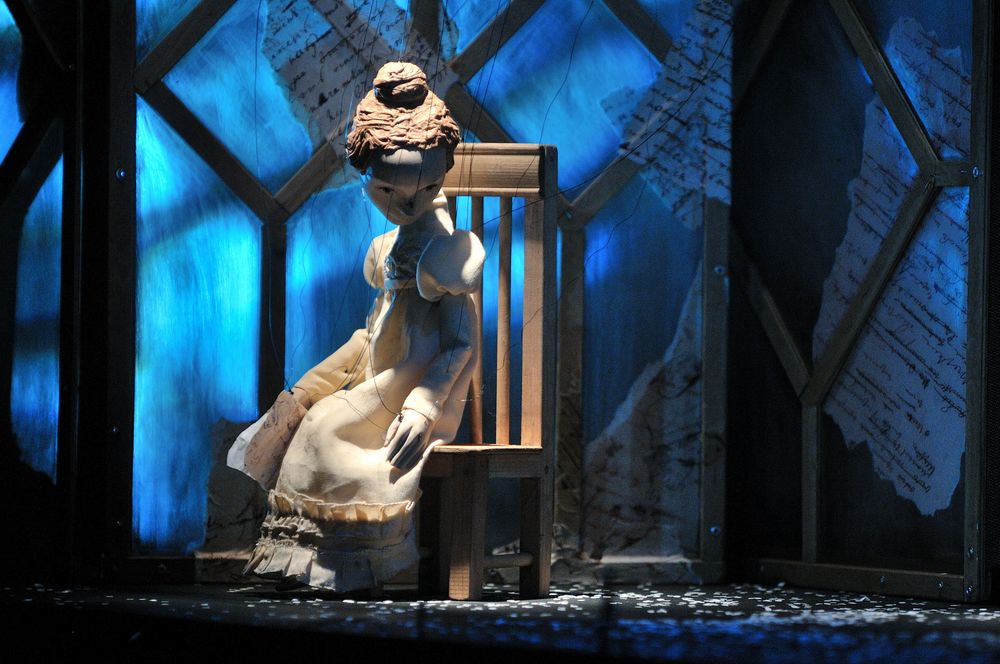 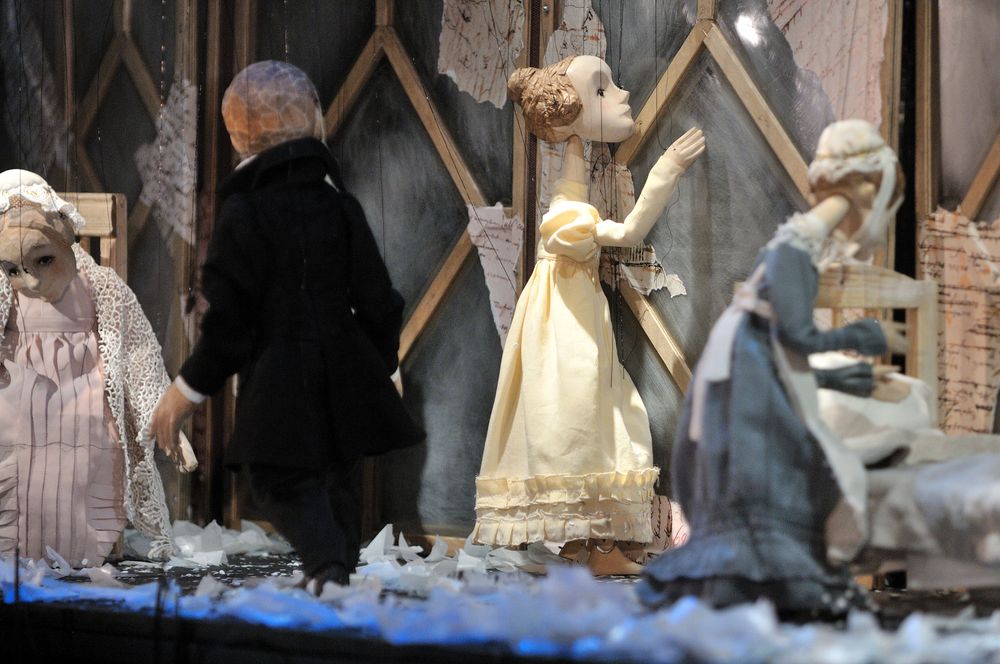 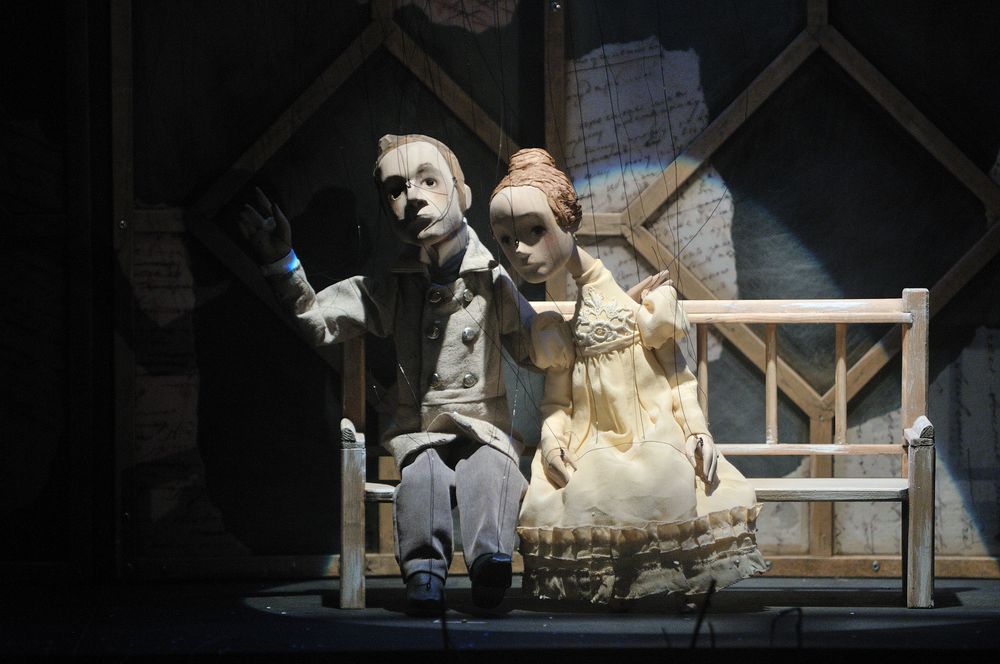 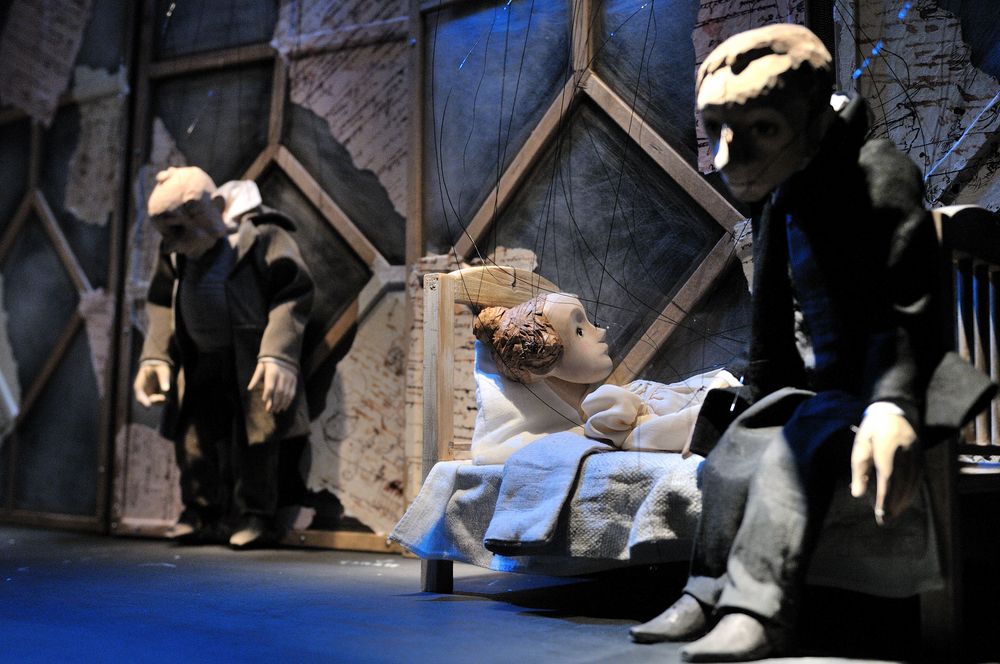 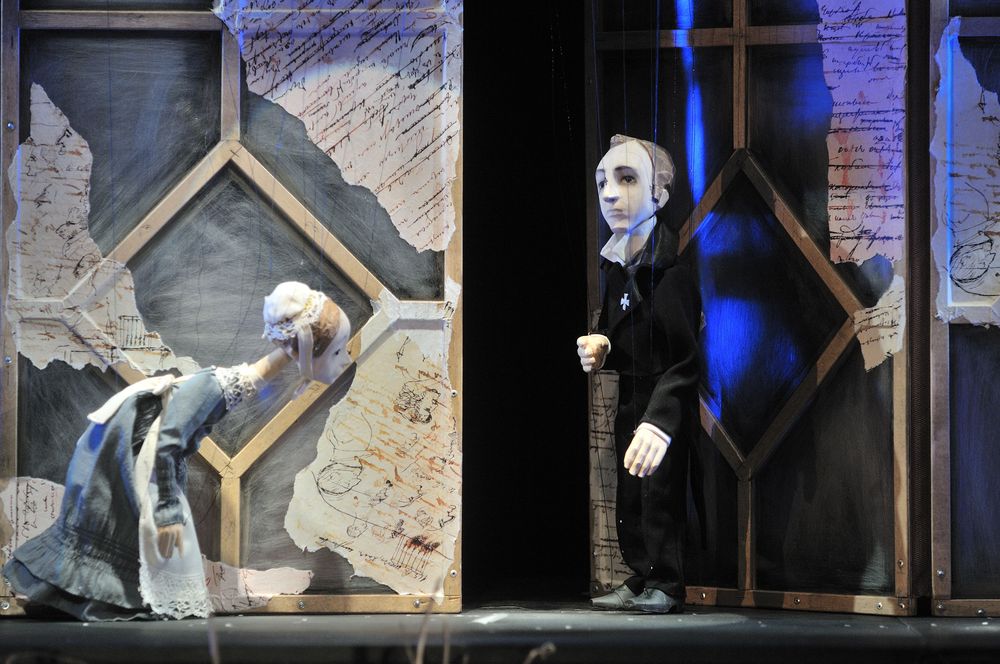 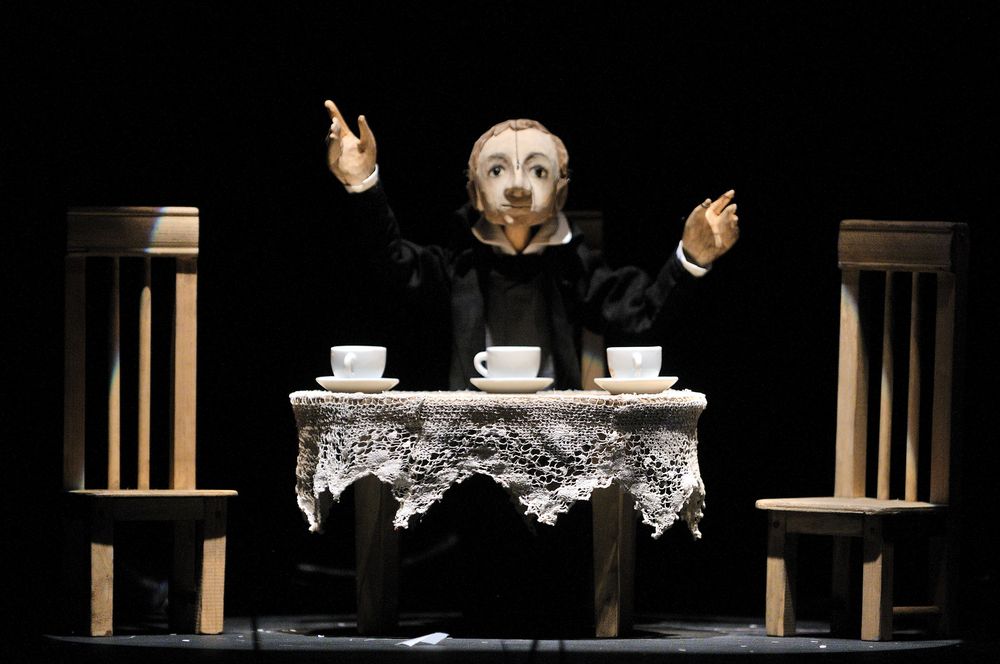 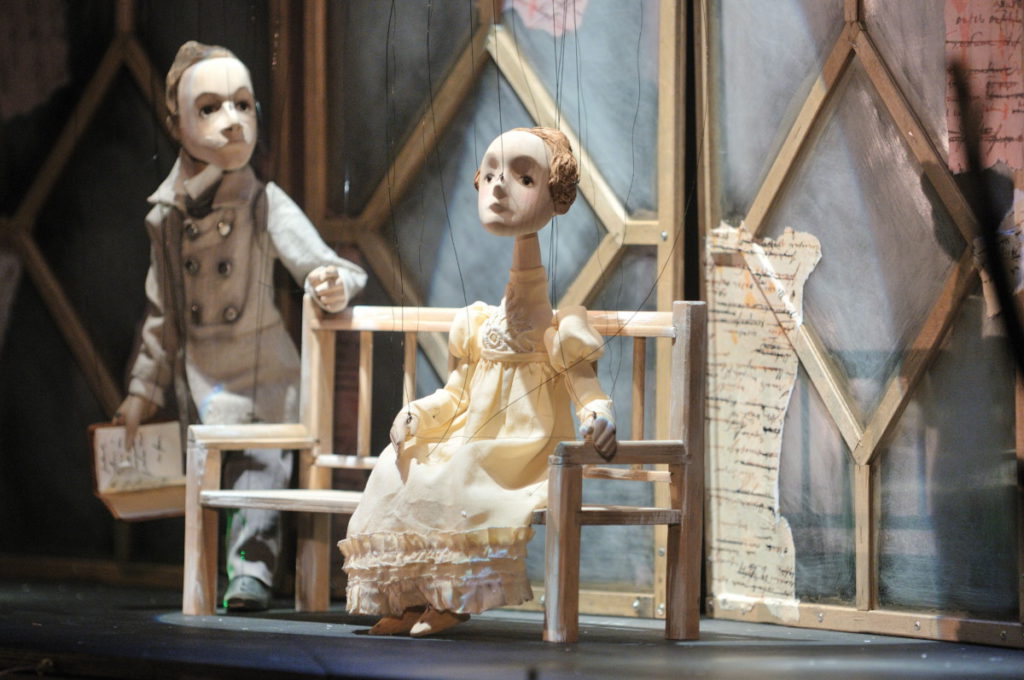 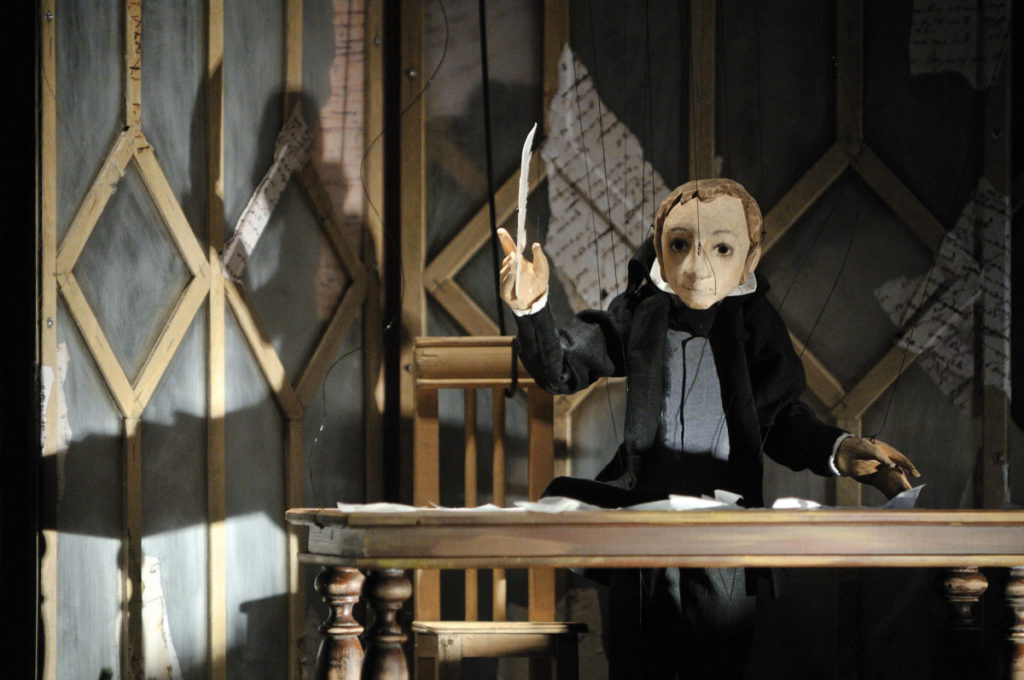 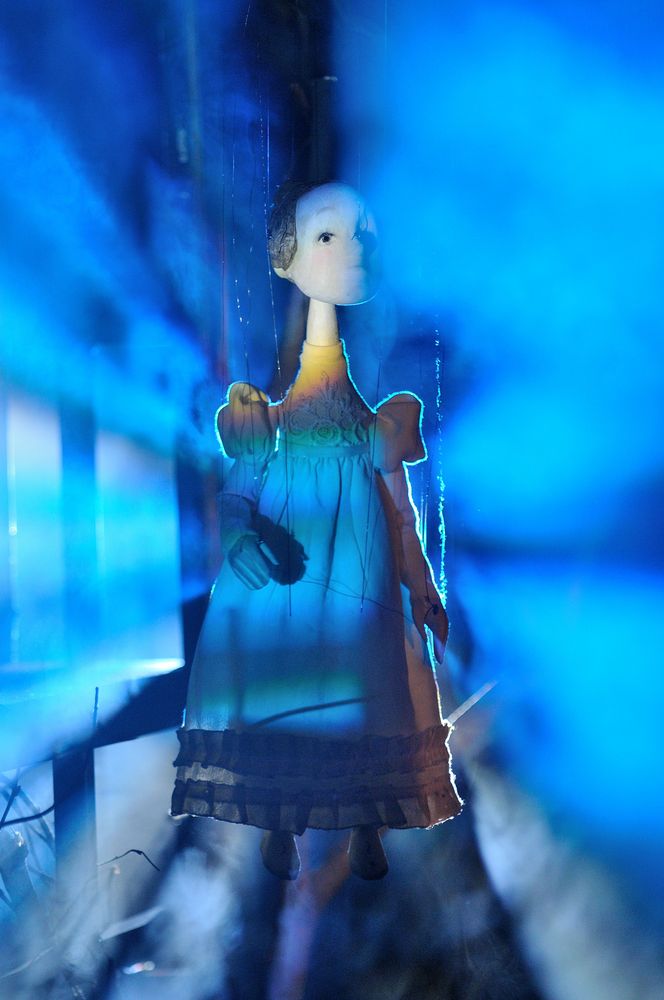 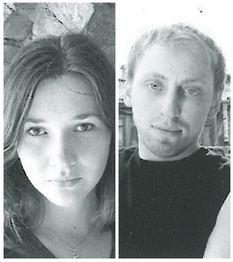 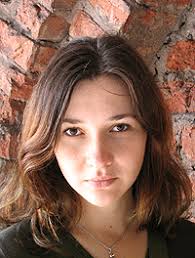 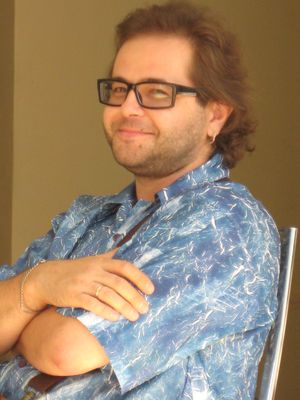 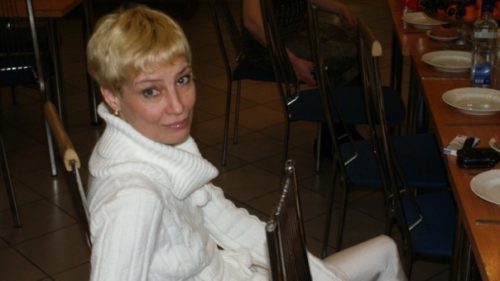 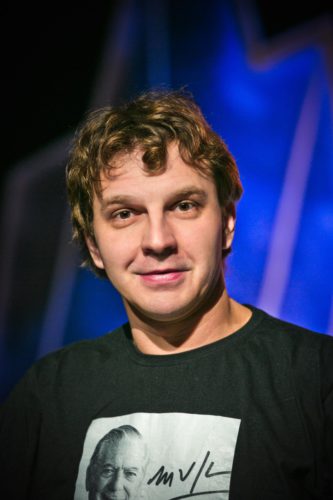 Assistant in work with marionettes 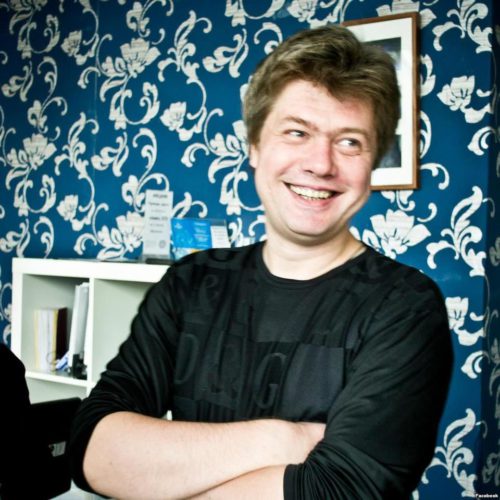 “The puppets created by artist Alevtina Torik are small, nearly weightless figures, flying about with butterflies’ grace. They really start flying from time to time drawn by the strength of their feelings. Young Dunya of amorous disposition, a daughter of postmaster Samson Vyrin, is like that, Marya Gavrilovna and Vladimir, Russian provincial Romeo and Juliette from “The Snowstorm”, are like that as well. Puppeteers as though make their puppets tenderly mischievous, which is so suitable for a pastoral in a Godforsaken place. Dunya runs about, making advances to Cavalry Captain Minsky, giving him an apple with insinuations, Marya and Vladimir are whispering in confidential tones on a bench, without noticing the time flying, and they are so infatuated that the coming winter takes them unawares.” 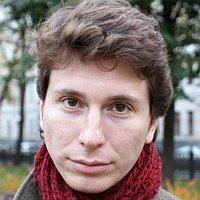 “The director turned light and frivolous “The Snowstorm”, which is like a French fashionable joke, into a mystery play about a lost soul, and he exposed “The Postmaster”, Pushkin’s paraphrase of the Bible, like a parable about the prodigal son. The performance is allegorical in the Middle Ages style: an apple offered to an unexpected guest becomes a fruit from the tree of knowledge, Dunya Vyrina has the face of tired Eve from the Ghent Altarpiece, and the garden, where Masha and Burmin have a talk, is Eden before the Fall. But there is Hell as well: Petersburg. The screens cut the acting space with bangs and the little postmaster finds himself in the country of indifferent Gullivers — actors march on stage, trampling down the frail puppet.”

The metaphors, used by Ruslan Kudashov, are absolutely direct, without eccentricity. In the very beginning the actors, sitting on both sides of the puppet stage, tear leafs from dry branches placed around, and read the first lines of Pushkin’s stories from them. And it turns out that life stories are composed from the savagely torn book pages, and they are full of troubles, upheavals and uncovered dramatic effects. Death to the characters taking part in the performance is brought by the hand with scissors, the blades clank once cutting the threads of the “dying” puppet. Or there is another scene: the final scene of “The Postmaster”, when the head of Dunya, who kisses the cross on her Father’s grave, is covered by the tender, forgiving, fatherly hand of actor Boris Matveev, who was responsible for the puppet imitating postmaster Vyrin.

In 2011 the play “Penitence and Absolution” was awarded with the highest theatre prize of Saint-Petersburg – “Golden Soffit” in the nomination of “The best puppet play” and “The best role in the puppet theatre” (Honoured artist of Russia Nina Tarnovskaya). 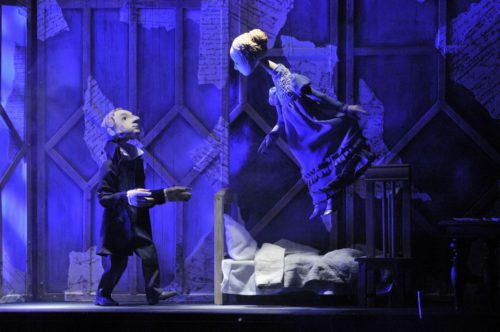