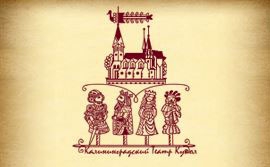 The Kaliningrad Regional Puppet Theater is located in one of the most beautiful buildings of the city, an architectural monument of the XIX century – Kirch’s memory of Queen Louise.

For more than 45 years, the puppet theater has delighted its spectators. The basis of his repertoire – performances for children on plays by Russian, German, English authors. The theater began its activity with the amateur collective at the dramatic theater in 1963. In October 1964 the theater gained professional status. The sources of the creation of a professional theater were: director N.Tihonyuk, artist V.Volodkevich, artists – A.Bronsky, V.Kuzmin, E.Labuhina, E.Duboiskaya, R.Kudryashova. In the 70s the theater troupe was formed from the graduates of the Gorky Theater School (zaslev.art.a of Russia A. Kondrakov, zasled.art.Russia T. Gulag, zasl.art.Go Russia G.Moskalenko, N. Udalova).

Today the repertoire of the theater has more than 30 performances for preschool and primary school children. The theater successfully took part in the International festivals in the cities: Brest (Belarus), Lodz, Pulawy (Poland), Husum (Germany), Panevezys, Klaipeda (Lithuania).

The Kaliningrad Regional Puppet Theater is the only children’s professional theater in our region. Over the years of its existence, it has long outgrown from a simple theater to a real cultural children’s center, which hosts children’s holidays, gala concerts, various competitions and festivals. In the foyer of the theater there are constantly held exhibitions of children’s drawings, as well as exhibitions of reproductions and paintings by artists.