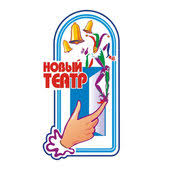 The starting point of the history of the New Puppet Theater was May 1993.

Today on the playbill of the theater there are children’s performances in Russian and foreign classics, performances for the adult audience.

The new puppet theater is a participant of many festivals: “Sit-rounds” in Voronezh (1993), and “Belgorod Fun” (1997), for several years, since 997, the festival “Artvisit”. In 2001, the “Three-rounder opera” (performance for adults by B. Brecht) was hosted by the “Silver Sturgeon” in Volgograd. Then there was an international festival of children’s theaters “I’m Small, Hello!”, The participant of which was the team for four years (2004-2007). In 2009 the theater became a participant of the Ryazan Ryazan International Festival in Ryazan, where he showed the performance for the adult audience “Hot Heart”.