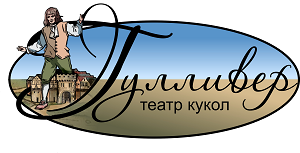 The head of the literary and dramatic part:
Andreeva Tatyana Petrovna
asmile@bk.ru

The Gulliver Puppet Theater is a laureate and winner of numerous International and Russian festivals, the collective member of UNIMA (International Union of Figures of Puppet Theaters) was created on the initiative of Olga Leonidovna Aristova, a Moscow actress who was in evacuation in Kurgan.

The theater, founded in 1941, went through a difficult path of becoming. In his fate there were touring wanderings in the absence of a hospital and the joy of getting the official status of the theater; finding the name “Gulliver” and the organic infusion into the theatrical space first of the country, and then of Europe. Performances on honorable stages of Moscow and St. Petersburg and the organization of its own International Festival of Puppet Theaters “Dream of Flight”, which immediately entered the top five of the largest puppet theater festivals in the country and was held four times already.

The theater goes on tour, participates in festivals, organizes creative meetings with the audience. An integral part of life was the children’s theater studio, the teachers of which are theater actors.

Among the projects of the theater “Gulliver” – the International Festival of Contemporary Art “Parallels”, which, like the “Dream of Flight” is very popular with the audience. Theaters from France, Italy, Poland, the Czech Republic, Sweden, Greece, Poland, Finland, Bulgaria, the Czech Republic, Ukraine, Azerbaijan, Turkey, Japan, Uzbekistan, Kazakhstan, theaters from Germany and a number of Russian cities have already become guests of the festivals.