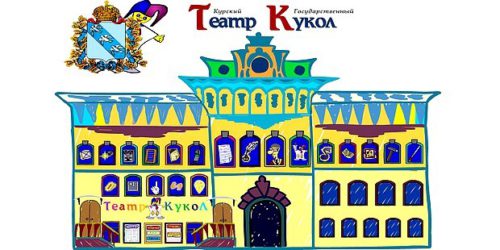 The theater was founded in the early 40’s. The first art director was Alexei Danilovich Mshasty. At the time of birth, the troupe had neither puppets, nor decorations, nor its premises. Only in 1965 the theater leased the building of the former gymnasium – a room in which it is located today.

In 1972 the theater was headed by Anatoly Sezonenko, a graduate of LGITMiK. After him came the artist Andrei Semenovich – a graduate of the same university. A new, fruitful stage in the life of the theater began. With the work of the two artists, many pages of the theater are linked between 1972 and the beginning of the 1990s: for the first time, performances were made for the adult audience in the Kursk Puppet Theater (“Adorable Galatea”, “Do tret’ikh petukhov”, “The Alien in Rome”), the geography of tours has expanded.

In September 1994, the main director of the theater became Honored Artist of Ukraine and Honored Artist of Russia Valery Bugayov. A new period of creative development of the team is beginning. After a long break in the repertoire, there were again performances for the adult audience: “Terem” by Alexander Limanov, “Scenes from the Dog’s Life” based on plays by Mikhail Suponin and Semyon Zlotnikov, “The King Is Dying” by Eugene Ionesco, “The Gypsies” by the poem of Alexander Pushkin.

Kursk Puppet Theater continues to produce both premieres for children, as well as performances for the adult public, touring. He learns new dramaturgy, seeks new forms of work with the audience, strives to be modern and regularly participates in regional and international festivals.