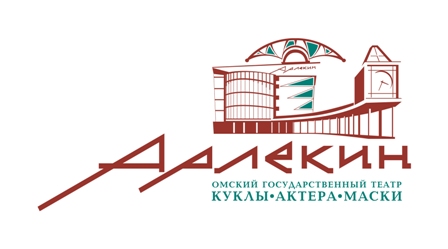 Omsk Puppet Theater was founded in 1936. His first leaders were: E. Asha-Parfenyev and N. Kuzmenko. There were only six artists. The theater was organized in April, and in July the first performance was shown – Chekhov’s Kashtanka. Puppet for him were discharged from Moscow from the theater of Sergei Obraztsov. Since 1937 the theater begins touring trips.

Another turn in the development of the theater begins with the arrival of the young director, the future chief director of the theater Boris Salamchev. From this period, active creative growth of the theater begins. Omsk puppeteers receive many invitations to prestigious forums and festivals. Due to the constant director’s samples and finds of Salamchev, the Omsk “Harlequin” acquires the reputation of an experimental theater, both in Russia and abroad. It was during this period that Salamchev began to actively develop the idea of ​​the narrator theater together with the creative team, which became the main creative concept of the theater and determined its development for the next decade.

In May 2001, the theater held a festival of puppet theaters of the Siberian region in the framework of AMIS, timed to the 65th anniversary of the theater.

In 2009, the Omsk State Theater of dolls, actors, masks “Arlekin” became the founder of the International Festival of Puppet Theaters “Visiting the”Arlekin”- the only international festival of this level in the territory of Siberia.

Omsk State Theater of puppet , actors, masks “Arlekin” – one of the most visited theaters of the city. Great attention is paid to working with the young spectator in the theater. On the basis of the theater, exhibitions of children’s art are regularly held, festivals aimed at popularizing the art of the puppet theater, stimulating interest in new cultural and artistic phenomena, as well as a qualitative and large-scale study of the public, its tastes, cultural needs and behavior.

On the occasion of the seventieth anniversary of the theater, the Administration of the region and directly the Chairman of the Government of the Omsk Region, Governor Polezhaev LK, reconstructed the former DC for the building of the puppet theater. The grand opening of the new theater building took place on December 30, 2005. Today in Omsk is one of the best buildings of the puppet theater of the Russian Federation.