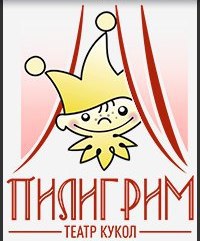 The head of the literary part,
Kandyukova Olga:

The first professional theater in Tol’yatti, which was created on the initiative of the famous director-puppeteer, People’s Artist of the Russian Federation, Roman Borisovich Renz in 1973.

Since the foundation of the theater, more than 100 performances have been staged on its stage. Over the years, the puppet theater has toured a lot and went to various theatrical festivals: Bukhara, Samarkand, Nizhny Novgorod, Syzran, Moscow, Penza, etc. In recent years (2014 – 2015) “Pilgrim” was a participant of many festivals in various cities of Russia.

In 2015, the theater opened a theater studio for children. Within the framework of the studio creative laboratories are organized with the involvement of directors and other theater specialists from different cities of the Russian Federation. The puppet theater “Pilgrim” also conducts master classes for spectators and pupils of schools. The tour of the theater introduces visitors to the history of the puppet theater, secrets behind the scenes and technical capabilities of theatrical light and sound.