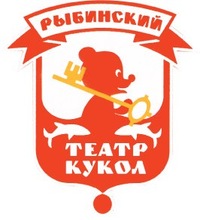 The first performance of the theater took place in 1933. The founder and the first art director was Zinaida Nikolaevna Demidova.

The theater continued its work during the Great Patriotic War: the company performed in children’s institutions and factory workshops. And in 1947 he received his own building on Lenin Avenue. Postwar time in the history of the theater was a period of creative development.

The theater went on tour with the theater in Ozersk, Chelyabinsk region, Kirov, Ivanovo, Kostroma. Performances of the theater are laureates and winners of international and Russian regional festivals.

Along with creative work, tours and festivals, the Rybinsk Puppet Theater deals with social and educational projects, for example: “The Theater through the Eyes of Children”, “Theater for All” and “Theater for Adults” – in conjunction with educational and social organizations in Rybinsk and the Yaroslavl Region.