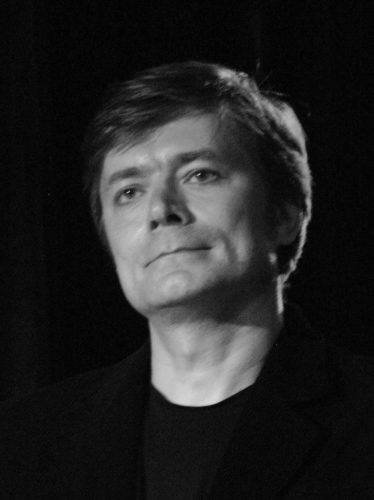 In 1984 Alexander was invited to join Chelyabinsk Puppet Theatre as an actor, where he worked with directors Valery Volkhovsky, Rein Agur, Mikhail Khusid,    inheriting from them the liberty in approaching the tradition and the appetite for the experiment. In the 1990s, together with actor Sergei Plotov, Borok created THE BLACK THEATRE, which gained acclaim all over Russia because of its swashbuckling humor and freethinking.

Starting to deal with directing full-time, Borok directed productions in various Russian towns, for several years was the head of Yekaterinburg Puppet Theatre, in 2008 returned to Chelyabinsk where he is working today. His productions received numerous regional theatre awards, became winners at prestigious theatre festivals in Russia. Under his guidance THE STRAW LARK, an international festival of puppet productions for adults, takes place in Chelyabinsk.

Postmodernist games with archetypical images, out-of-ordinary interpretations of classical stories, allowing to look at the original afresh – these are the favorite methods of Alexander Borok, whose productions bring together the author, the character, and the audience in the element of theatrical game.

Involuntary Translations from Shakespeare — 1996, The Black Theatre (together with S. Plotov)

Pictures at an Exhibition — 1996, Yekaterinburg Puppet Theatre (together with S. Plotov). Winner of THE GOLDEN MASK for best design

The Story of Love — 1997, (together with S. Plotov), Chelyabinsk Puppet Theatre. The production became a notable event in Russian theatre space of the 1990s, it was several times broadcast by Kultu

The Miraculous Journey of Edward the Rabbit — 2011, Chelyabinsk Puppet Theatre 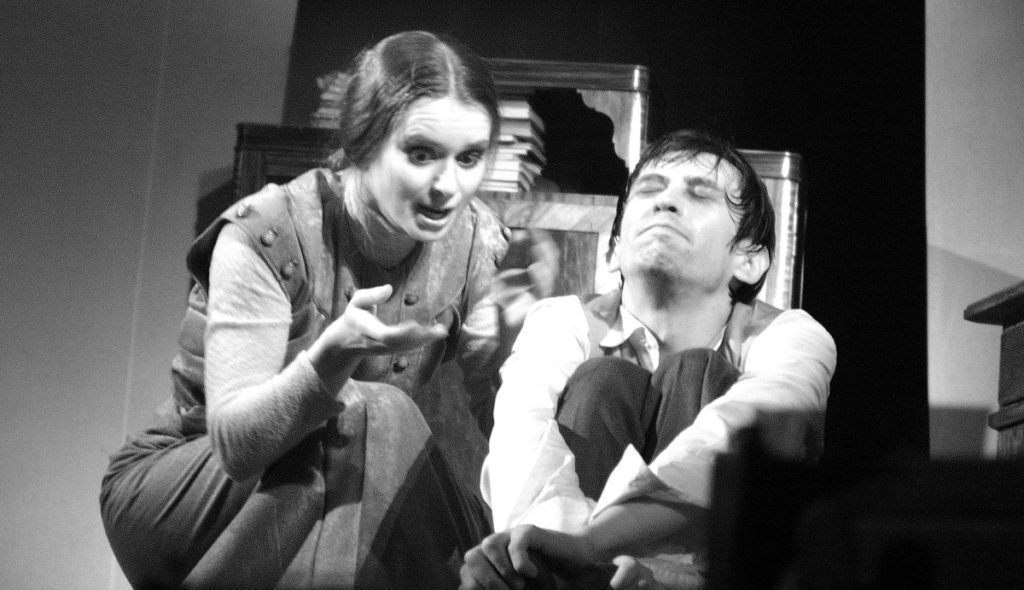 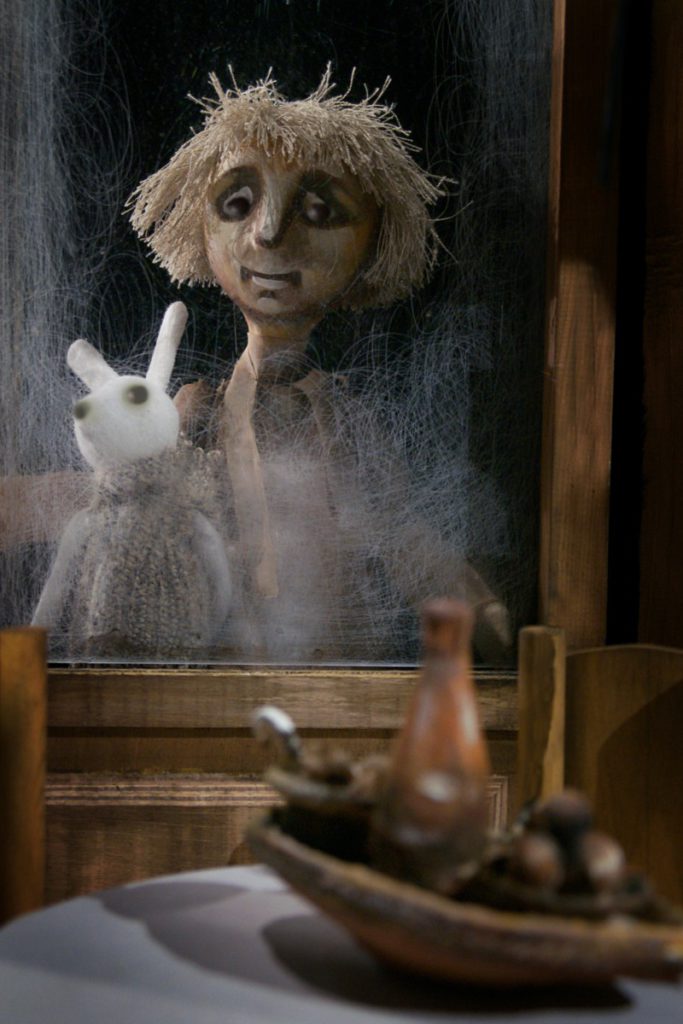 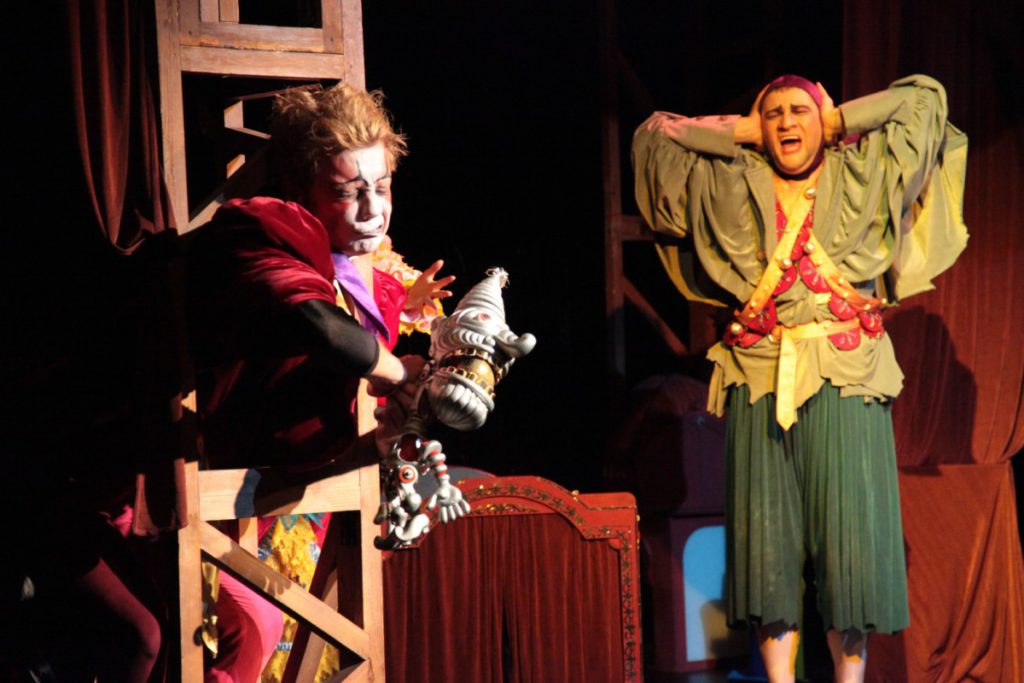 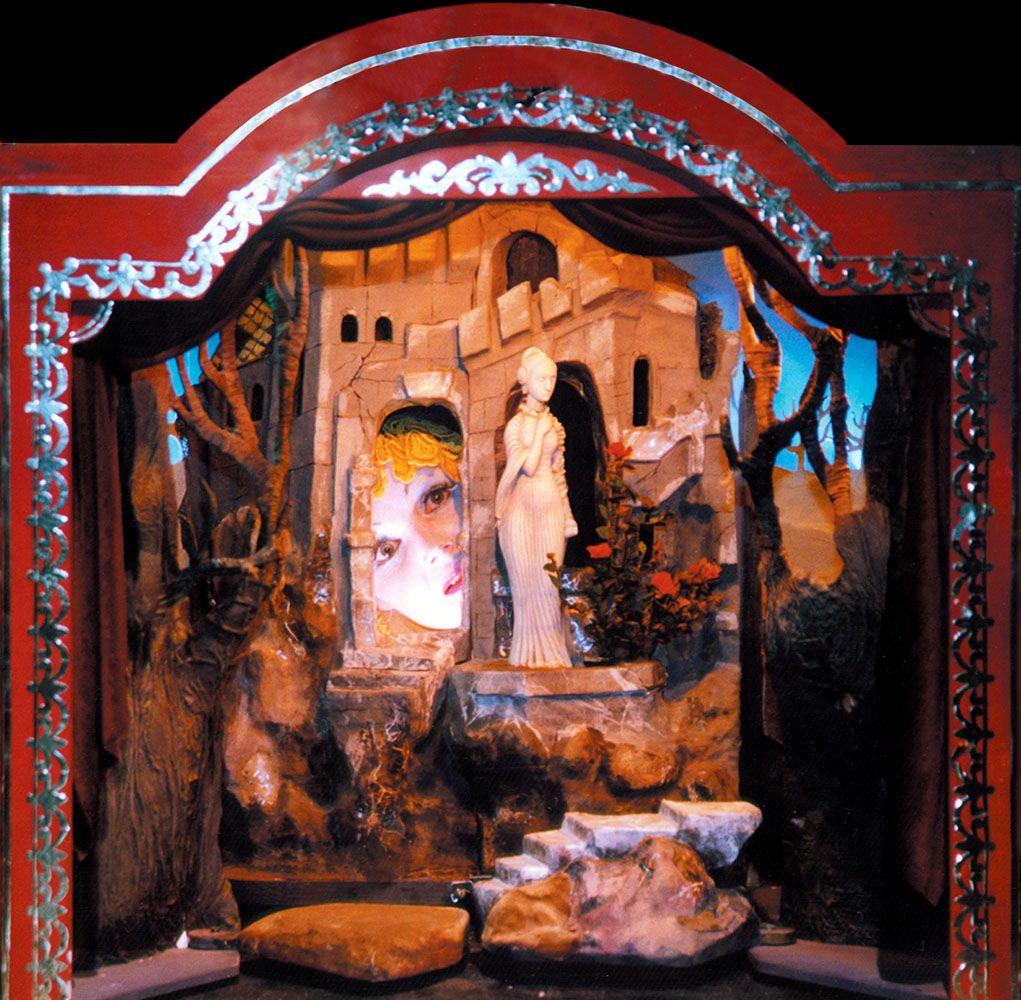 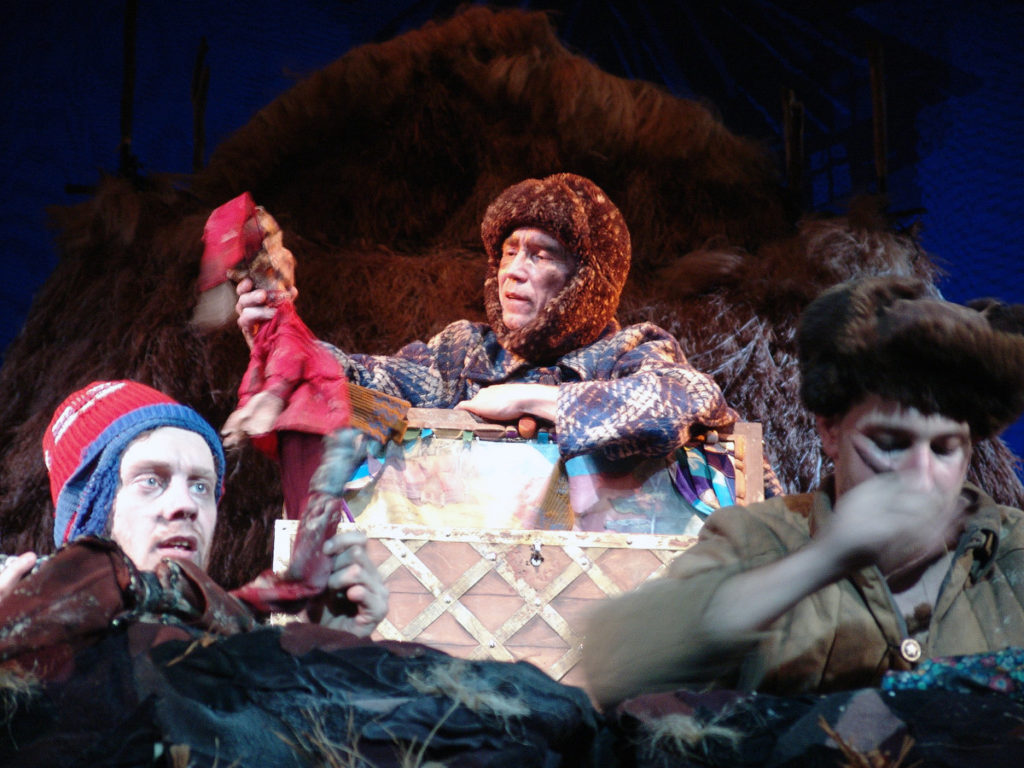 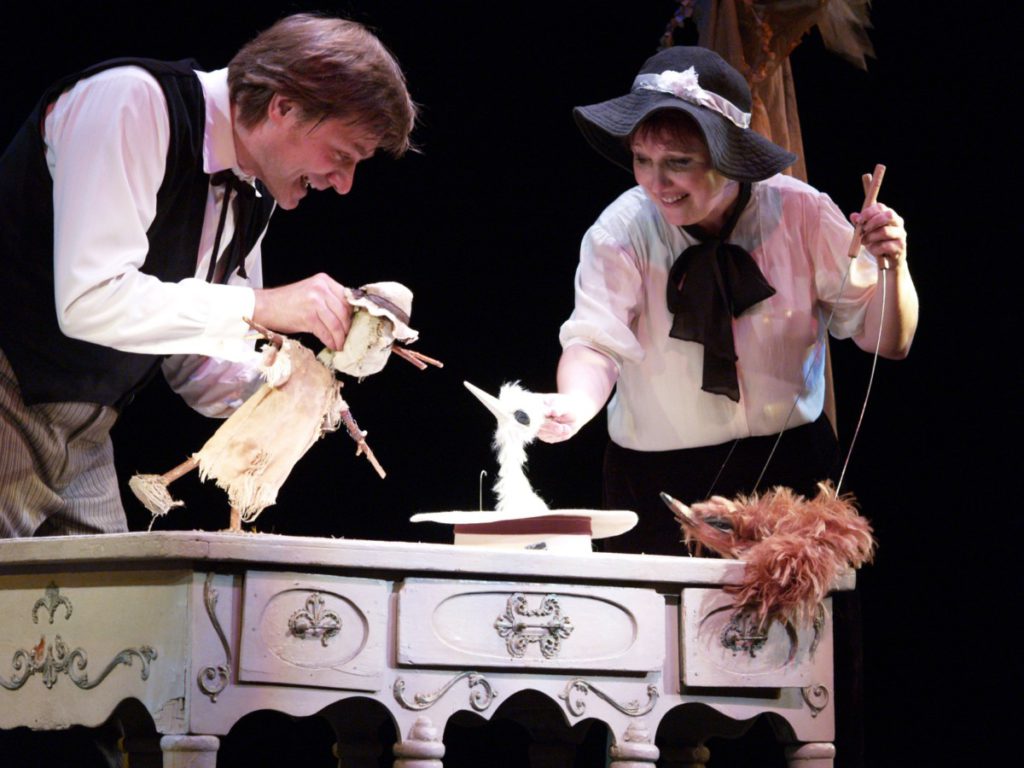 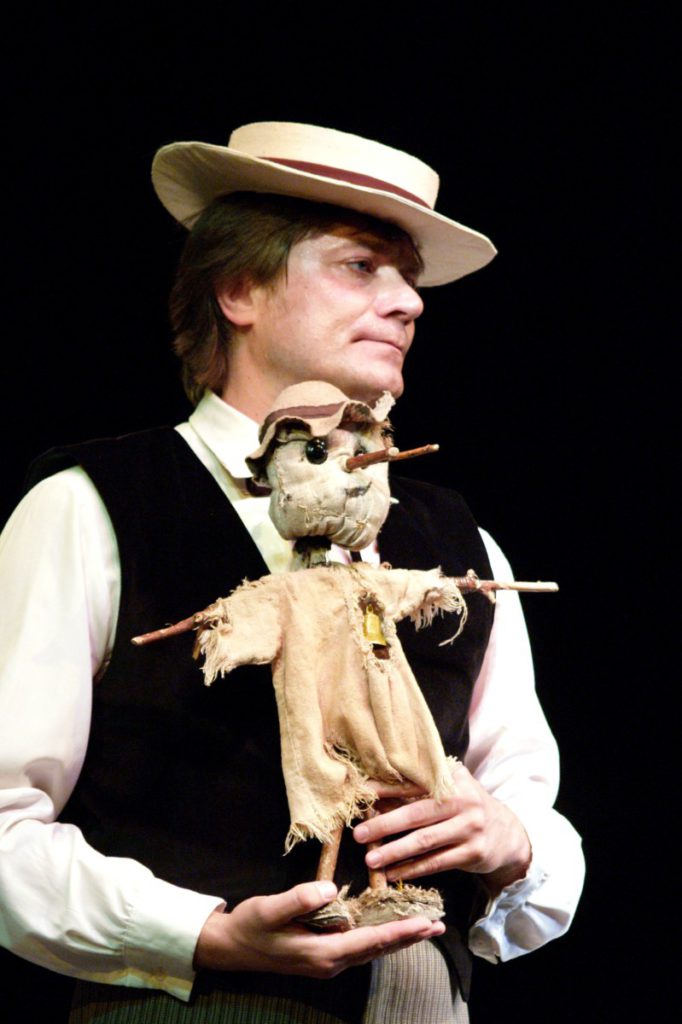 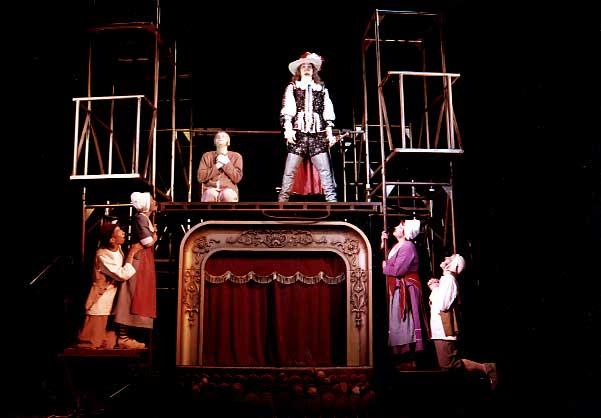 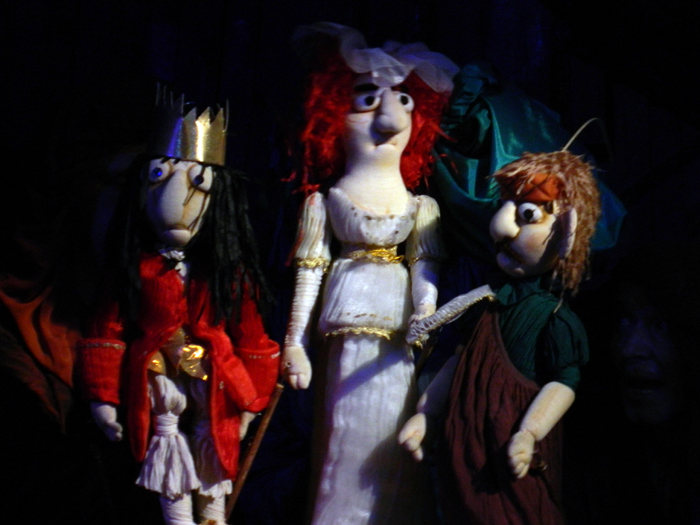 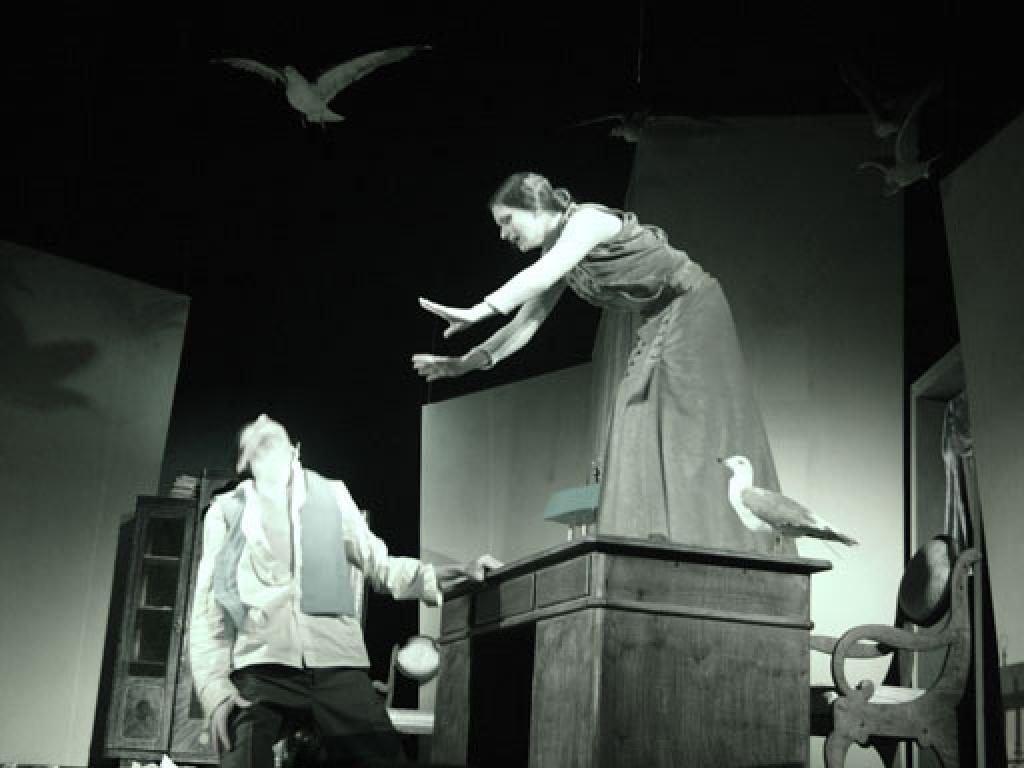 «
»
“… the language of the puppet production allows revealing some hidden sides, exaggerating, transforming… Puppet theatre has enormous abilities. Perhaps, the times are coming when it will become possible to use all those forms”.
Svetlana Simakova, "74.ru"
«
»
“Have you ever seen a production or read a book which you could give credit for bringing you up? The other thing is to awaken feelings. The most important is to tell the story which will be interesting – not to everyone, but at least to a part of the audience. And when a person is interested, he or she starts feeling compassion, and certain feelings awaken in him or her. The person can not tell him or herself: that is it, I am going to be a good person starting from tomorrow. Perhaps this will last for one day, and afterwards he or she will be the same as before”.
Svetlana Simakova, "74.ru"

Career: Since 1984 – actor of Chelyabinsk Puppet Theatre. At that time, the Principal Director of that theatre was Valery Volkhovsky, so I went there to work with him. I also worked with Rein Agur (A Midsummer Night’s Dream). When Volkhovsky left, Mikhail Khusid became the Principal Director. When Khusid left, together with Sergei Plotov we created our ‘own’ theatre within that theatre. We named it THE BLACK THEATRE. We started with actors’ parties and continued with directing shows in the theatres of other towns.

2008 – to the present day – Principal Director of Chelyabinsk Puppet Theatre.

Favorite traditional system of puppets/texture: I do not have favorite systems of puppets. It all depends on the concept and realization.

Does a performance need text? Whether the text is needed or not depends on the material we are working with. It also depends on the decision as to how this material will be interpreted on stage.

Is the expression “puppet theatre” still relevant today? Any combination of words, associated with theatre and puppets, is relevant.

What, in your opinion, is the difference between puppet theatre in Russia and the West? A large number of repertory theatres. Also, the problems of professional training – people often apply to the department of puppet theatre after failing their entrance examinations at the drama department. I.e., as early as during the training process we already encounter “second rate” students. There are exceptions, but they are quite rare. As a result, we have a huge army of graduates, who start working in the wrong field. 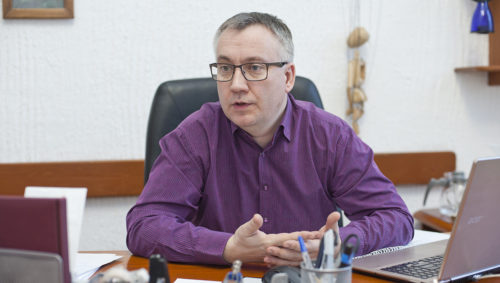 “Virtually all of Alexander Borok’s productions make an unforgettable impression. It is explained by the fact that he has found the key to the chest, which not every director can open. This key is the theatre of absurd.
The absurd of the purest tint.” 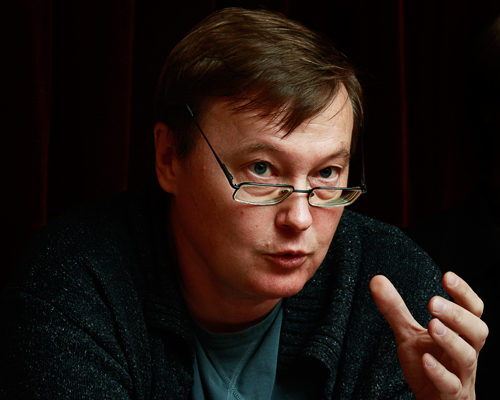 “The Miraculous Journey of Edward the Rabbit is a return to the territory of true theatre, when almost every puppet is unique, inimitable, and the miracles and subtleties happening on stage are of that particular kind that happens only on stage. By the way, the dignified level of such miracles is guaranteed, among other things, by a grant from The Mikhail Prokhorov Cultural Initiatives Foundation. In my opinion, this production proves that Alexander Borok has truly returned to his home – Chelyabinsk Puppet Theatre. He came here as an actor, a graduate of LGITMiK, in the middle of the 1980s, when Valery Volkhovsky directed for him and Arina Borok the production The Baby Stork and the Scarecrow (and they still perform it, for over than 25 years!). Borok, together with Sergei Plotov, created within these walls his own BLACK THEATRE, he was the Principal Director here, then resigned, left Chelyabinsk and, after travels and adventures, worthy of Edward the Rabbit himself (remember just the hunger strike he held as the Principal Director of Yekaterinburg Puppet Theatre!), came back home. It is never easy to come back, and the productions, which he directed here during the last couple of years, were worth watching, but not more than that. The Miraculous Journey of Edward the Rabbit is the work on a qualitatively different level, giving not only hope, but confidence as well.” 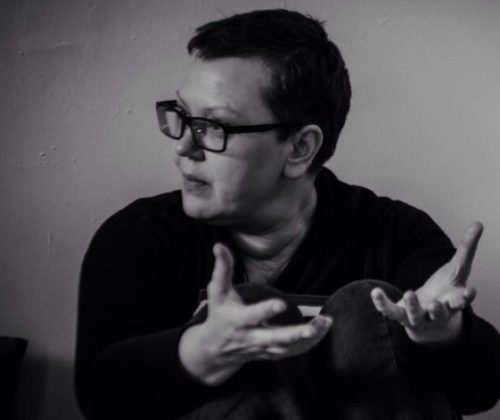 “All the three productions (Don Juan, Pictures at an Exhibition, The Story of Love) are unique in their own right. Every production has passionate fans and equally passionate foes. These productions arouse admiration, cause disappointment or irritation, spark outrage, but you can not ignore them. It is important that, catching the ideas (as it seems) right in the air, A. Borok and S. Plotov express themselves in their field so individually, convincingly, and fully, that almost every production of theirs virtually exhausts the subject, as if they were turning a page. It would be naïve to argue that another puppet theatre will never go back to Pictures at an Exhibition or Don Juan, but it would be hard not to pay attention to the creations of Borok and Plotov. At least in the near future.”