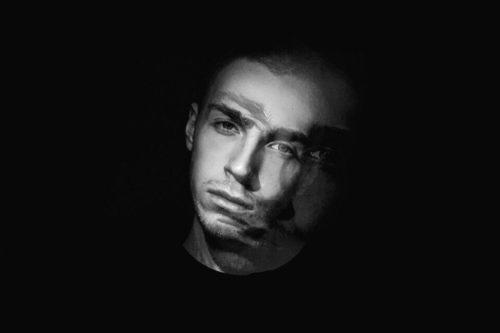 Director of puppet theatre, playwright. He is the creator and artistic director of the Maly Puppet Theatre (since 2015), which opened with the production based on Eugene Ionesco’s play Le roi se meurt.

Chakchi was born in a family of puppeteers. He directed his first production on professional stage at the age of 15. He is a graduate of RGISI, where he majored in puppet theatre directing (master artist T.R. Stavisskaya).

He is the creator and artistic director of the Maly Puppet Theatre (since 2015), which opened with the production based on Eugene Ionesco’s play Le roi se meurt.

In 2017 he published a collection of his own plays They Are Flying.  In his plays, as well as productions, the influence of absurdist writers can be distinctly traced.  Among the subjects, which the director addresses most often are mysteriousness, maskedness, duplicity of the world, an attempt to grasp the meaning of existence in the endless and often seemingly meaningless flow of human life.

Joseph Brodsky. All this was… — 2010, Sakhalin Puppet Theatre 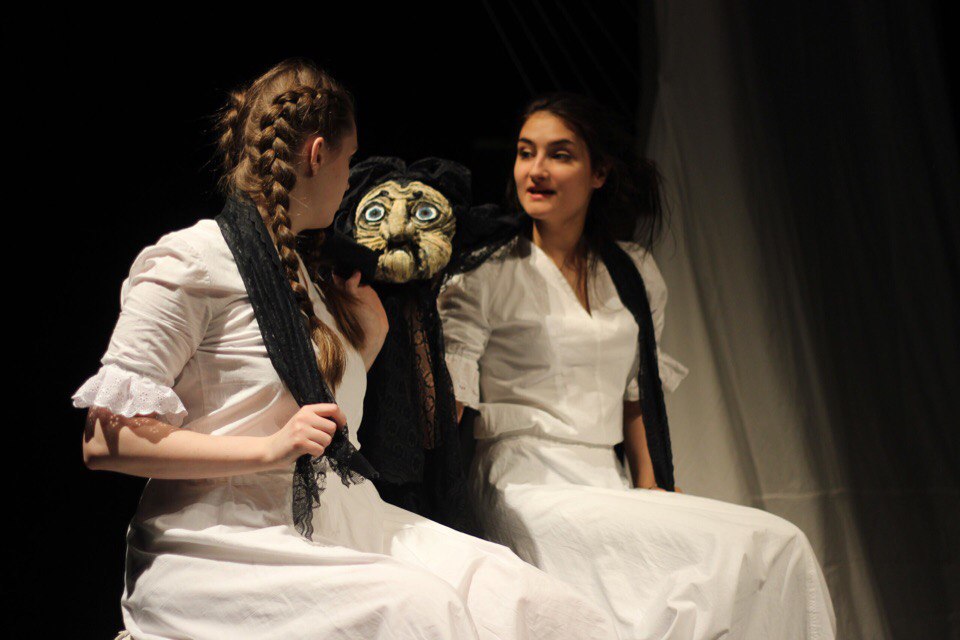 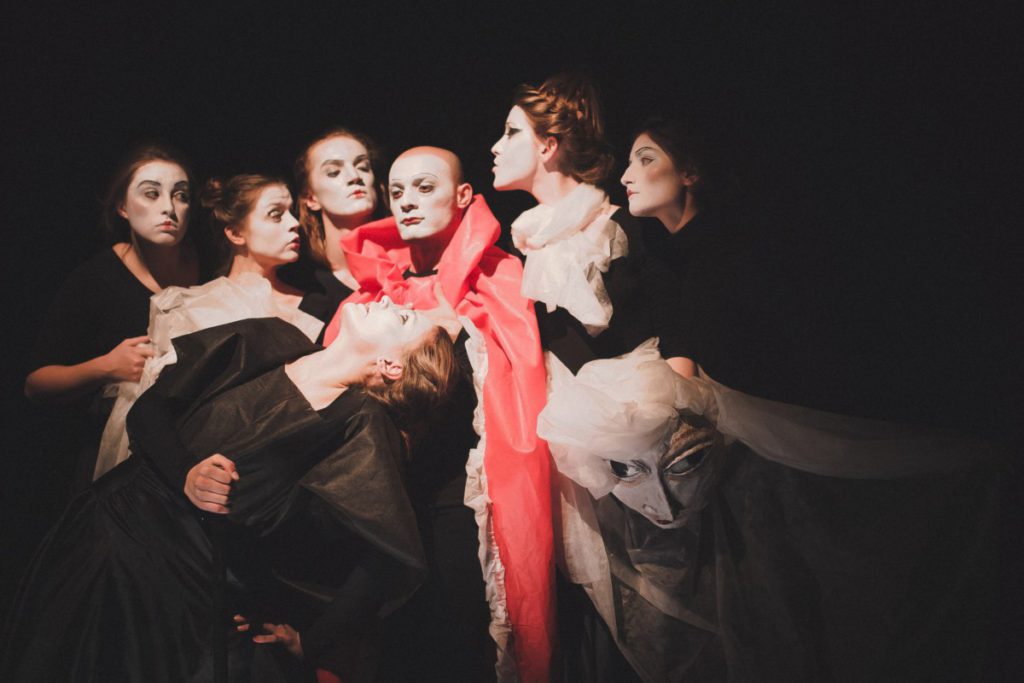 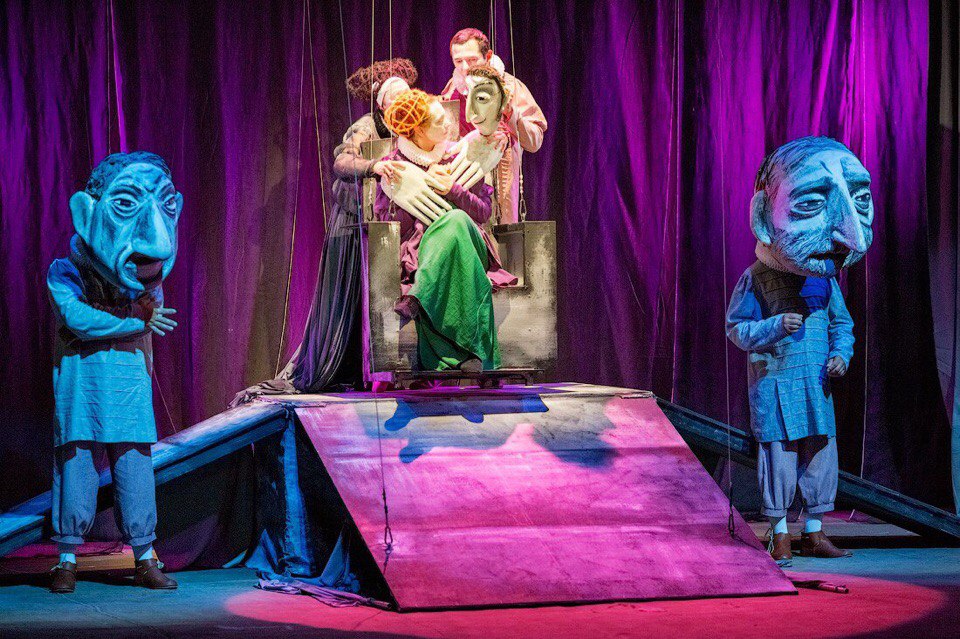 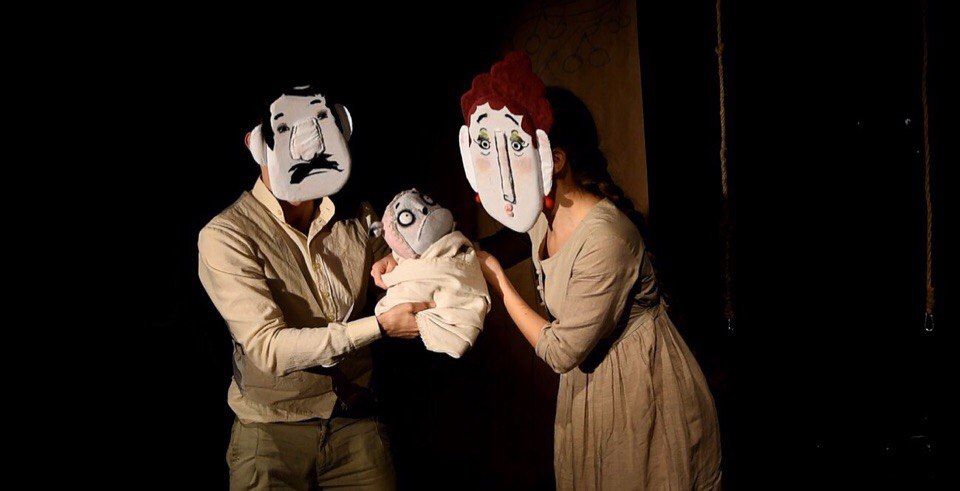 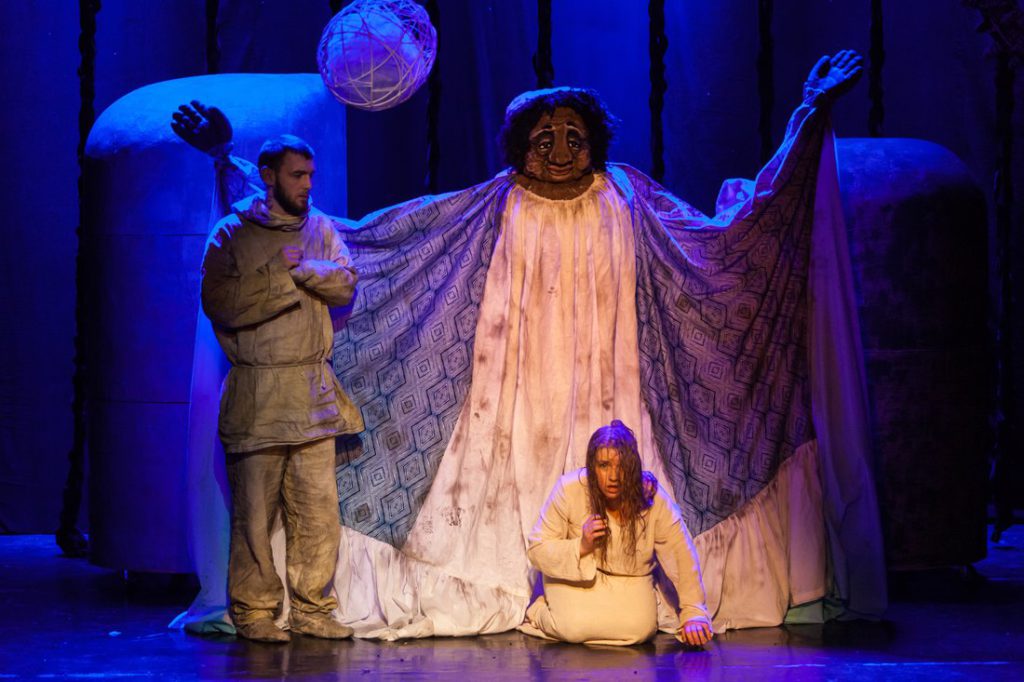 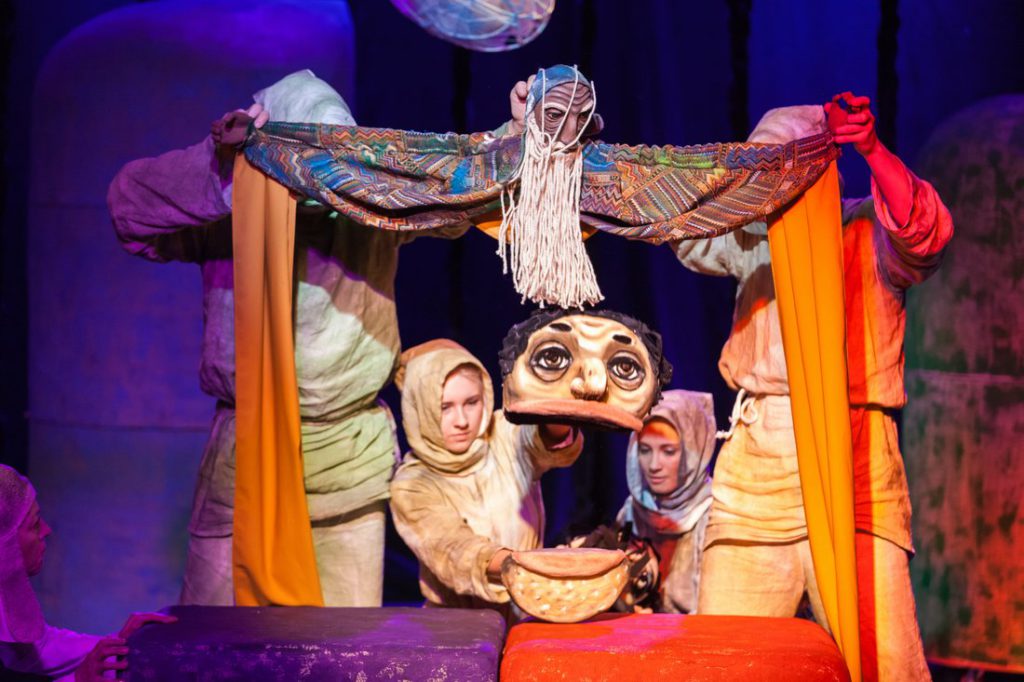 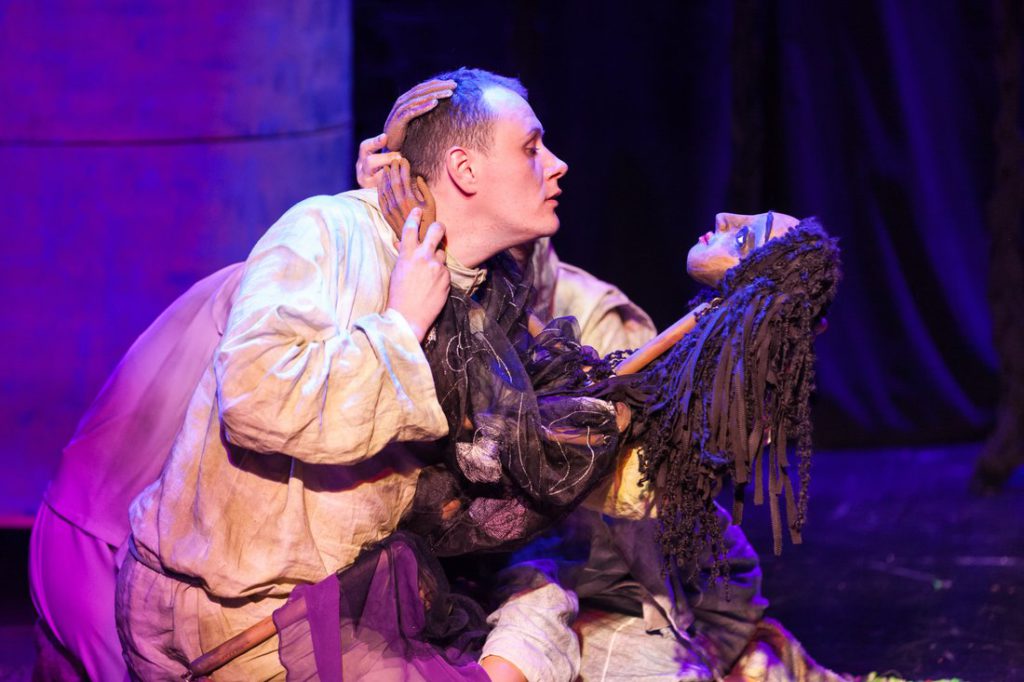 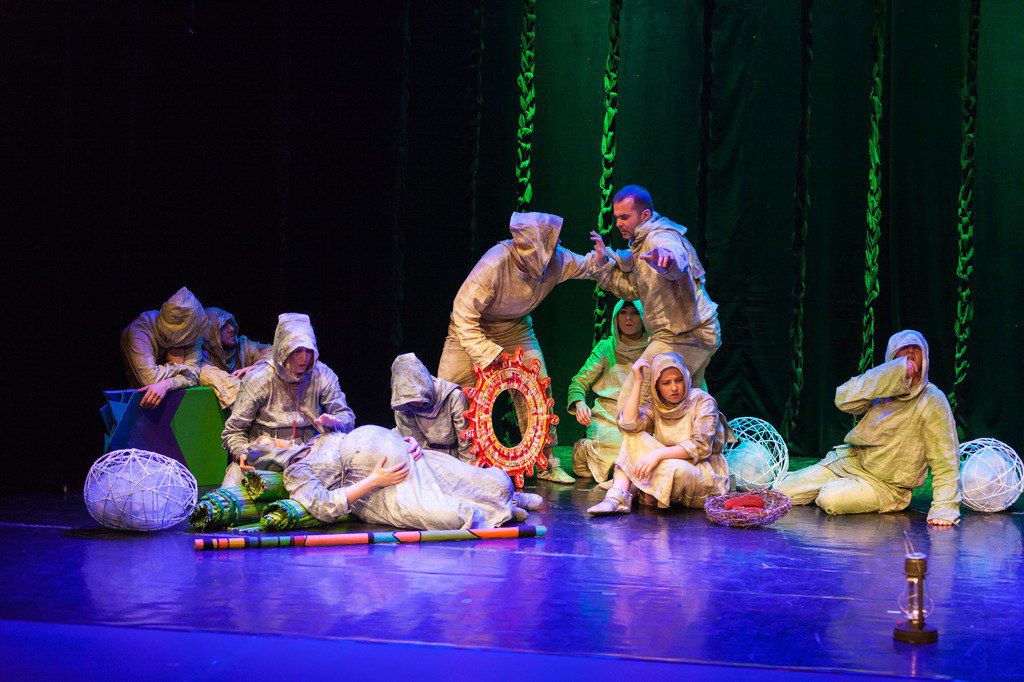 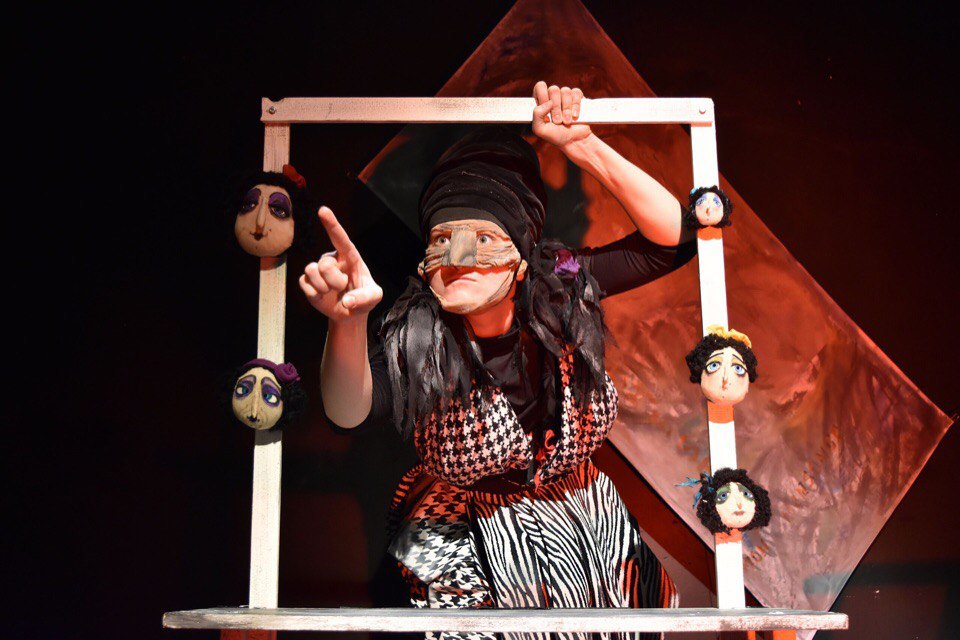 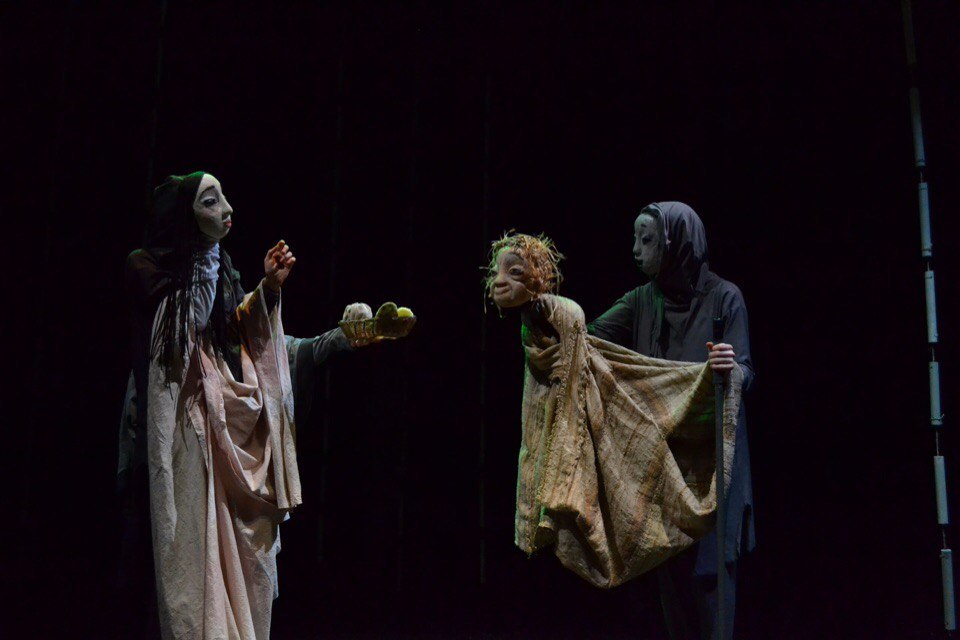 «
»
“There is no such production which could please everyone; sometimes it happens so that a child feels bored at a children’s performance. However, in most cases these are bad performances. In our works we mostly try to ask questions, because we do not have a goal to teach something. This concerns children’s productions in particular: there are questions which only children can answer. "
Valeriya Mescheriyakova, «Bridge»
«
»
“Theatre cannot stand the word ‘result’. […]. There is a difference, for instance, from film, where there is precise fixation. Film can change only if there is a shift in audience's perception – the art object itself is immobile. It remains the same for centuries. Theatre does not live for a long time. Its life is vivid, loud, but short. It is hardly possible to list productions, running for twenty years in a row. Theatre happens here and now. If an actor dies, the production ceases to exist. If they replace this actor, the production will be different, and it will not be possible to revive the first one. There was an opening, and then Solitude in Macondo was performed without me. I am sure this is a new production. It is growing, developing like a baby, a person. And, like a person, it will die some day. Theatre is an art, which cannot be fixated.”
Irina Nefedova

Is the expression “puppet theatre” still relevant today? The expression is relevant.
A puppet becomes an actor, the one who has an impact on the audience, and it is also the principal carrier of action, i.e. the audience keeps the dialogue with the actor via the medium – the puppet. It goes without saying that in such case the puppet is a defining link.

What, in your opinion, is the difference between puppet theatre in Russia and the West? Structural approach, thinking about the role of the puppet in modern puppet theatre.

What is useful about collaboration and cultural exchange? Everything. Exchanging forms.

“The narrative is eclectic. There are lots of layers, episodes, characters. Someone may think that it is jagged and not wholesome. However, following the destinies and encounters of all the characters is not the most important thing. It is much more important to fathom and feel – to allow the world of Marquez, reproduced on Sakhalin stage, to take you in its arms and ask questions. About the eternal, the most vital.”

Irina Nefedova about the production Solitude in Macondo 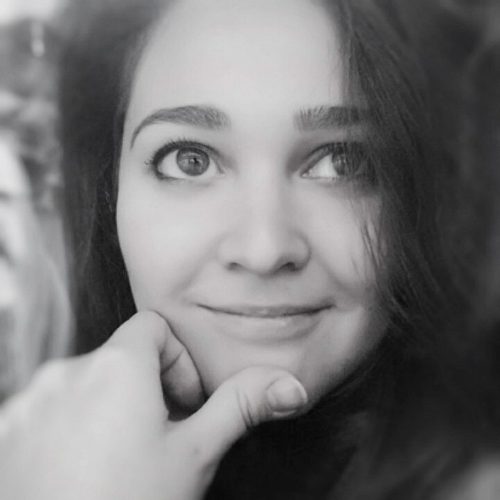 “Intentional playing with theatricality goes on: the production includes elements of several forms of theatre. Besides live actors and puppets, the creators of the production turn to masks, pantomime, and for one or two minutes the queens are transformed into Kabuki theatre characters. Another moment – and you can catch a glimpse of Ancient Greek theatre: you see it in the relief and exaggerated gestures.”

“Not yet 23 years old, Chakchi has already directed a number of productions in puppet theatres all over Russia and abroad. He directed his first production at the age of 15. Today he prefers to work with classical Russian and foreign literature, because classical literature allows greater freedom of reinterpretation.”

“Meanwhile, productions reveal the inner life of this mysterious young-old director-playwright much better than his plays. Bareness, naivety, openness to the audience, tenderness towards the actors, the power of feeling, always dominating his productions, and coldness, contempt, mistrust manifested in his plays.”

An article for the collection of plays "They Are Flying"