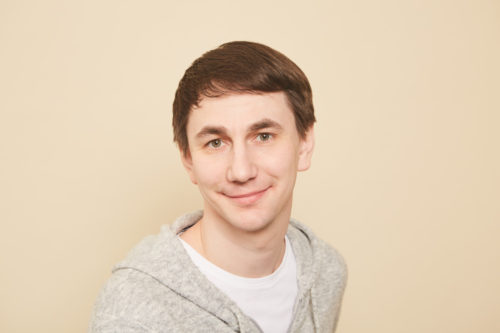 "Dashenka, or the story of puppy life" - 2019, Bolshoi puppet theater

"I am an elephant!" - 2019, The association of workers of inclusive art and Theatre Community stage 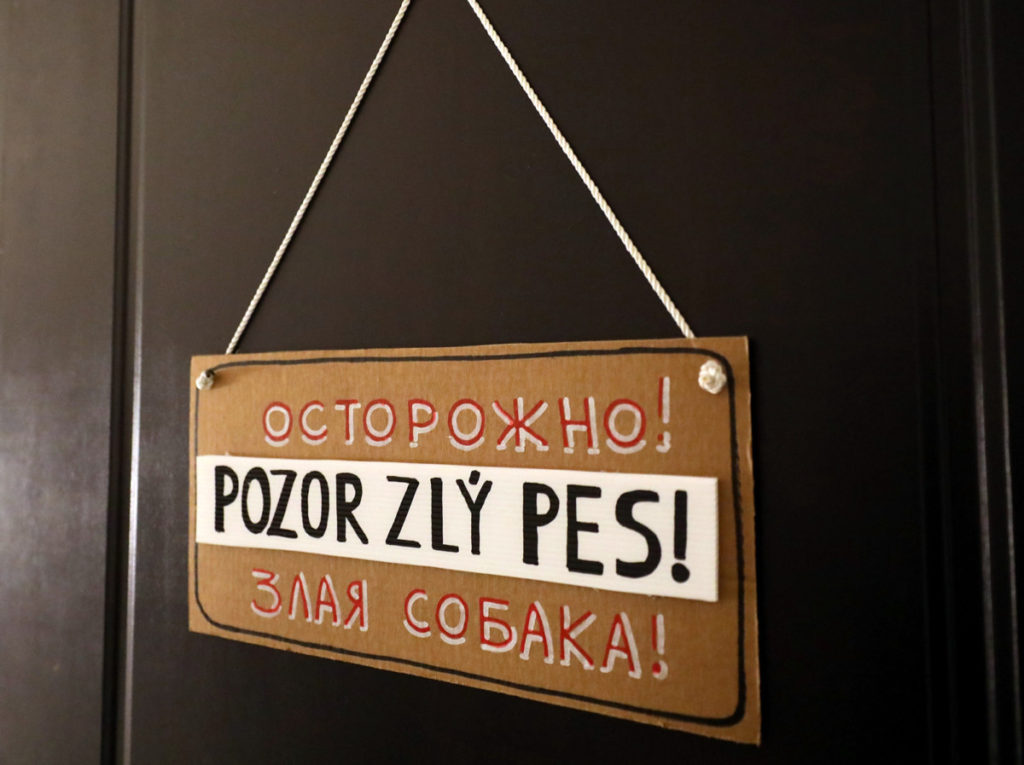 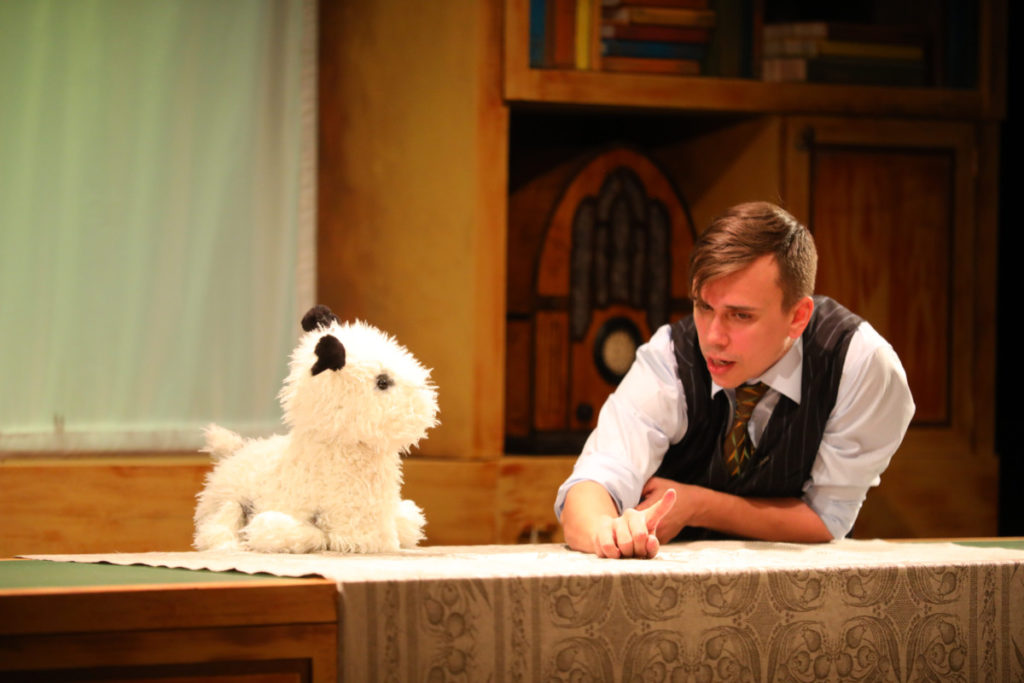 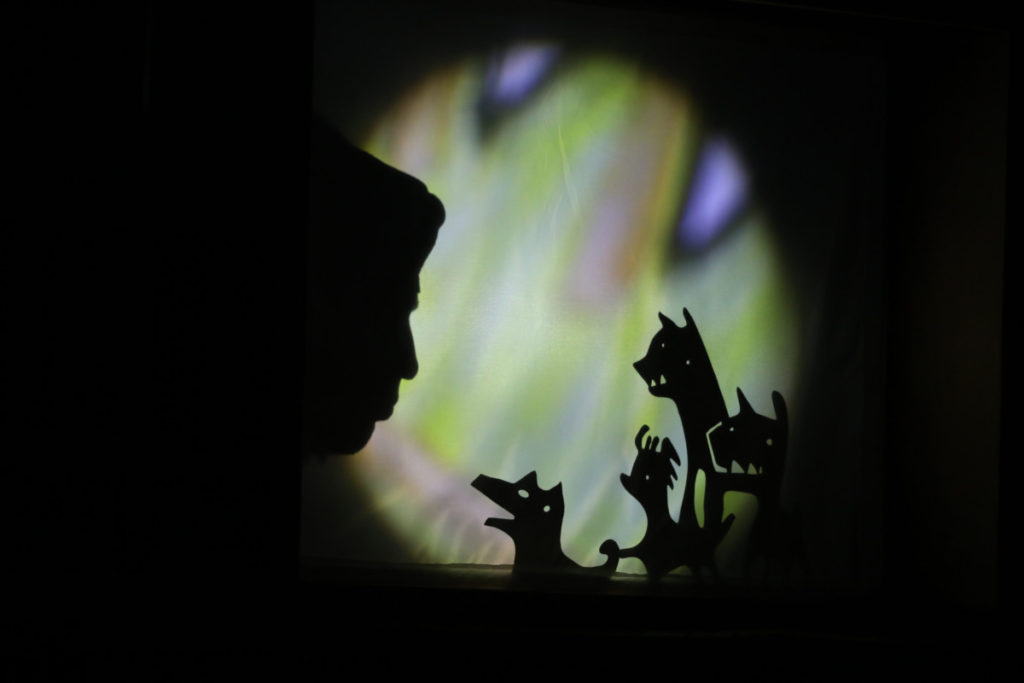 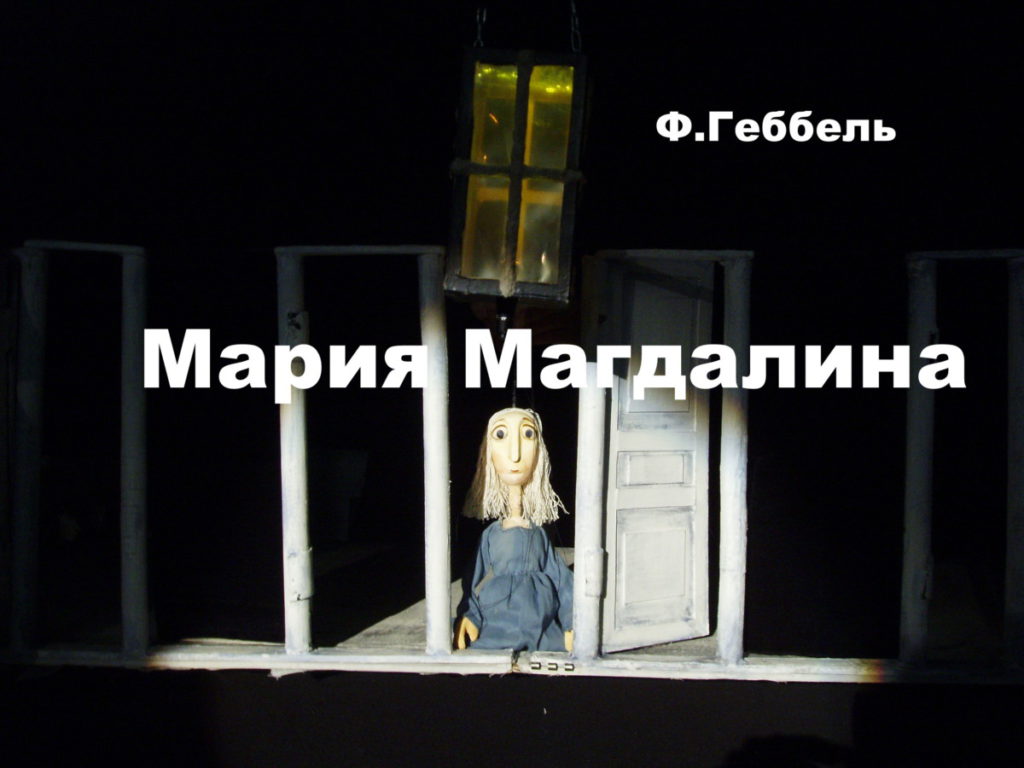 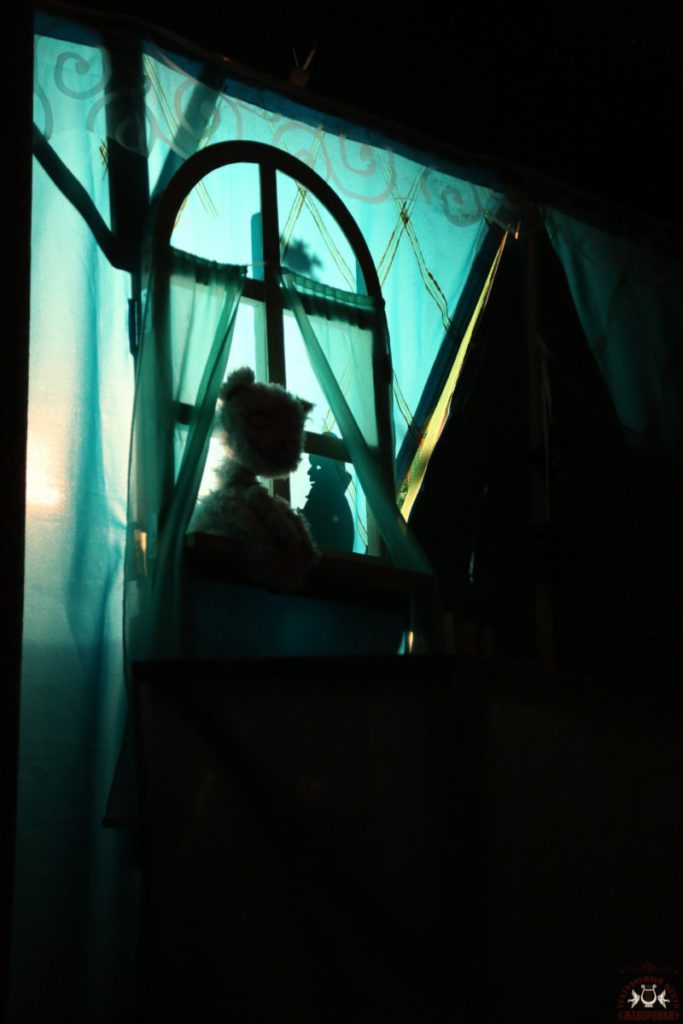 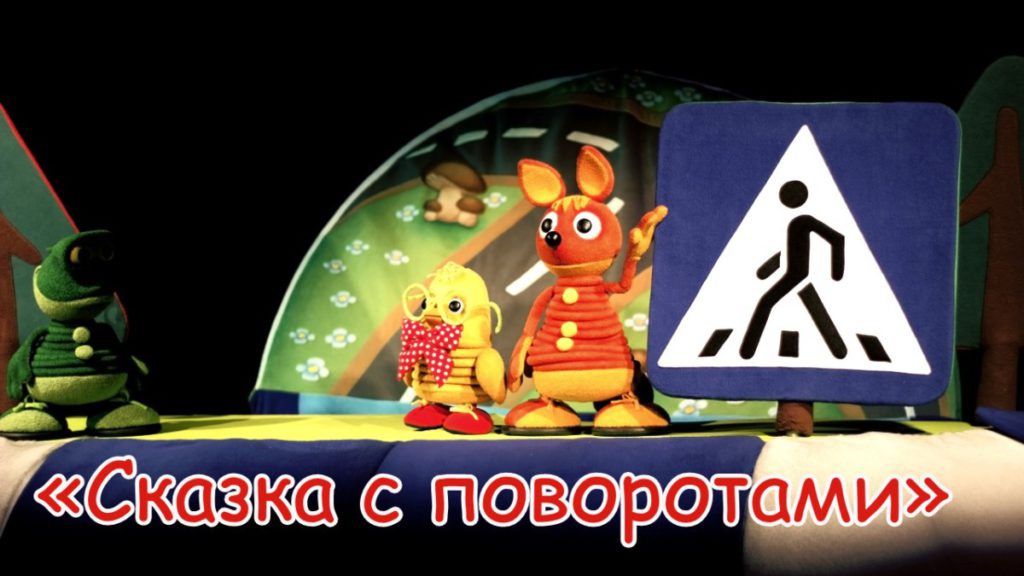 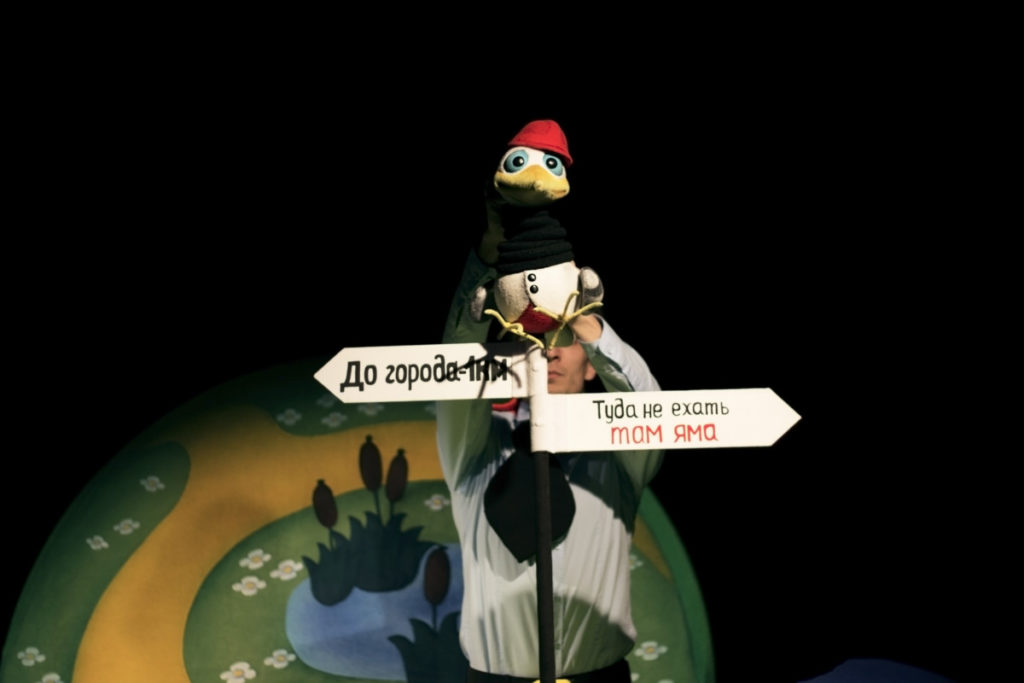 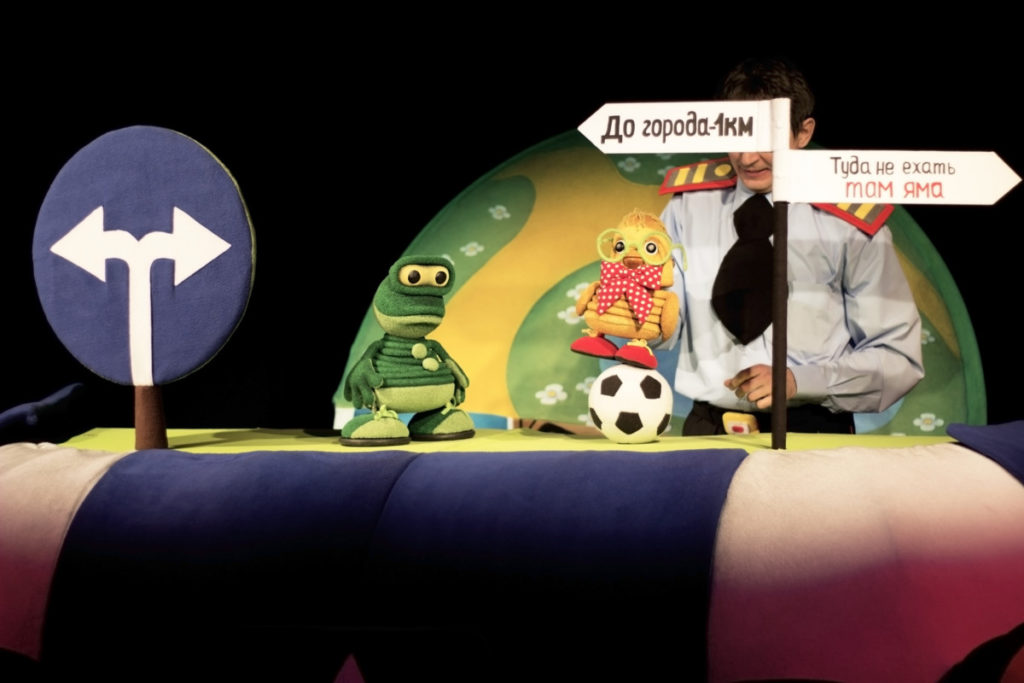 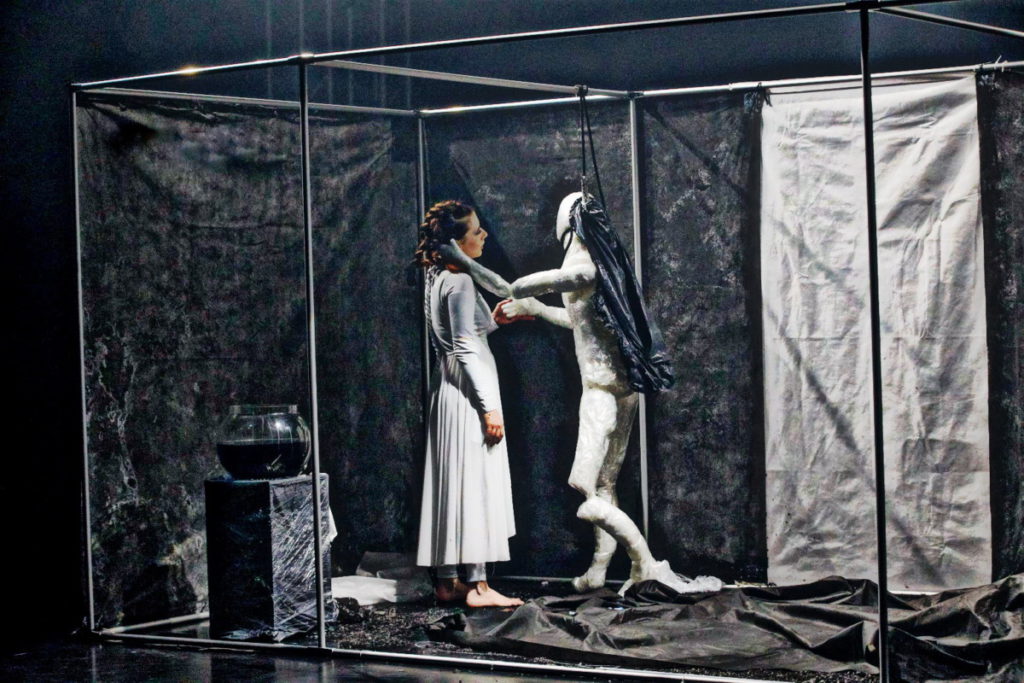 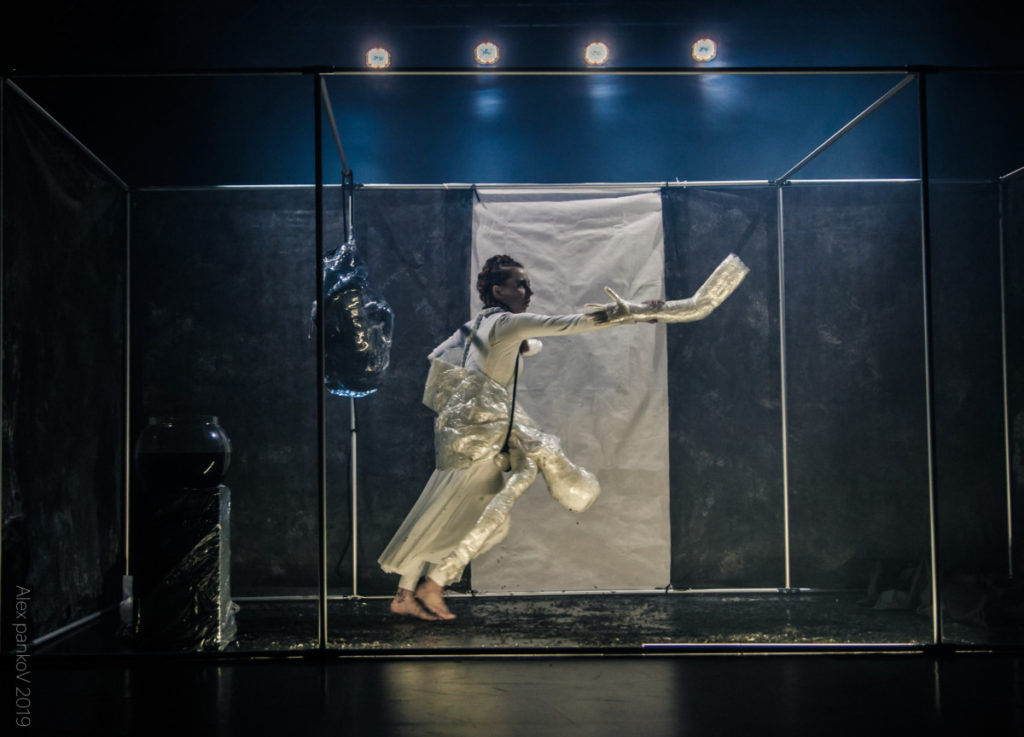 In a nutshell, tell us about your career (who had an impact on you, how and where you started, who you worked with, where you work now). How did you find yourself in puppet theatre? Tired of studying in physics lyceum, entered the Theater College on the puppet department. For a long time I did not understand what it is. After graduation went to work in the Pskov regional puppet theater and entered the St. Petersburg Academy of Theater Arts, where studied in two specialties: actor and director. Then moved to Moscow and worked in one theater. Since 2012 have been working at the State Academic Puppet Theatre named after Sergey Obraztsov. First performance “A tale with turns” was staged in 2015. In the same year, was as an assistant director in the performance “Three little pigs” at the theater named after Obraztsov. Then in 2017 “A tale with turns” was moved to the stage of the Khanty-Mansiysk puppet theater. And at the end of the year released the performance “With a New miracle!” according to the play by R.Musaev “When the Christmas tree is thrown out”. In 2018 participated in the director’s laboratory by Yana Tumina and in the laboratory of BTK-lab by Ruslan Kudashov. That is, to date, in one way or another came into contact with such outstanding russian directors as Boris Konstantinov, Yana Tumina and Ruslan Kudashov. In addition to them, was greatly influenced by Philippe Genty and the performance “Facade” (Bialystok puppet theater, director Duda Paiva). Now working on performances: “Kiss of the Snow Queen” by H.C.Andersen; “Little Longnose” by W.Hauff; “Look at him” by non-fiction novel of Anna Starobinets; “The lighthouse on the Lobster cliffs” by James Krüss; “The Tale of the Ghost Ship” by W.Hauff; “The exploits of Hercules” according to ancient greek myths; site-specific performance “Fahrenheit 451” by Ray Bradbury; “Morphine” by prose of Mikhail Bulgakov.

What would you like to direct in puppet theatre and why exactly with puppets? “Life of a man” by Leonid Andreev, “Urfin Joos and his wooden soldiers”, ” Fahrenheit 451″ by Ray Bradbury, “The tale of the ghost ship” by Wilhelm Gauf, “Lighthouse on Lobster cliffs” by James Krüss. Using the synthesis of a living person and a puppet, I am interested in exploring the interaction of life and its surrounding objects, textures, objects, higher and otherworldly forces.

Is the expression “puppet theatre” still relevant today? (yes/no) Why? I don’t think it’s very relevant. Classification leads to simplification, to stereotypical perception. There is either good theater or bad,  interesting or not. And what means of expression are used, what language, this is another question.

Favorite traditional system of puppet /texture. I don’t have favorite. I like  when the puppet is alive, as if by itself, when you can not see how the puppeteering is happening. The highest skill is when the actor interacts with the doll, while managing it himself.

Does a performance need text? It all depends on the specific decision. Through the text, it’s easier to find contact with the audience. I try to do with the minimum amount of text in my works, I try to visualize more. It doesn’t always work out.

What, in your opinion, is the difference between puppet theatre in Russia and the West? (Advantages/disadvantages, problems of professional school). The main problem is the formation of a repertoire of familiar names, the fear of offering the audience an unfamiliar experience. Another problem is that we go from a literary or dramatic source, and deal with its interpretation. Western colleagues are not limited to this, they tell about themselves today, make up stories themselves and talk about what excites them in the modern world.

What is useful about collaboration and cultural exchange? To expand the horizons and understanding of the direction in which modern art is developing, what is new, where the plane of the experiment lies, and where creative thought is moving.

Phone number and/ or email address for communication dmitry_bogdanov@mail.ru