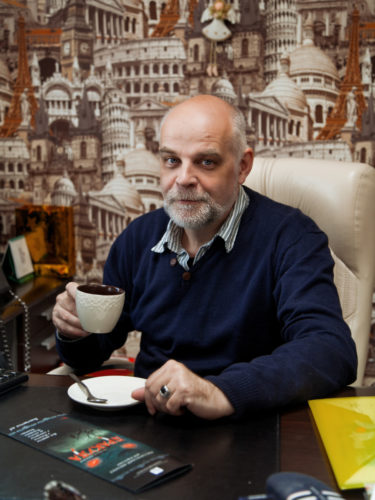 The principal director of Grodno Puppet Theatre, rewarded with Crystal Angel – the award of Belarusian Theatre Union – for contribution to the development of Belarusian puppet theatre (2008), as well as the medal of Franciscus Scorin (2011).

The principal director of Grodno Puppet Theatre, rewarded with Crystal Angel – the award of Belarusian Theatre Union – for contribution to the development of Belarusian puppet theatre (2008), as well as the medal of Franciscus Scorin (2011). By the decision of Grodno Regional Executive Committee, Oleg was named Man of the Year of Grodno Region – 2014.

Oleg Zhugzhda was born in Vilnius, got his first degree in Minsk, since 2000 has been the principal director of Grodno Regional Puppet Theatre. He started as an actor, but at the age of 25 debuted as a director and set designer of the production The Little Prince after the short novel by A. Saint-Exupery (1986), where he intuitively expressed his affinity for synthetism and aestheticism. Today his productions are in the repertoire of the majority of Belarusian puppet theatre companies.

Nowadays, Grodno Regional Puppet Theatre is one of the most frequently touring Belarusian companies (even compared to drama theatres). Oleg Zhugzhda directs lots of productions abroad, most often in neighboring Poland, Ukraine, Bulgaria, and, of course, in his native Lithuania.

The main characteristic feature of this director is his universality, the ability to create both complex philosophical productions (such as The Tragedy of Macbeth by W. Shakespeare, The Poem without Words by Yanka Kupala) and vivid, expressive family productions which are enjoyed by adults and children alike (Beauty and the Beast, Father Frost, Buratino). A separate chapter in his creative biography is formed by productions based on H. C. Andersen’s fairy tales.

The Lost Soul, or the Punishment of a Sinner — 1993, Vitebsk 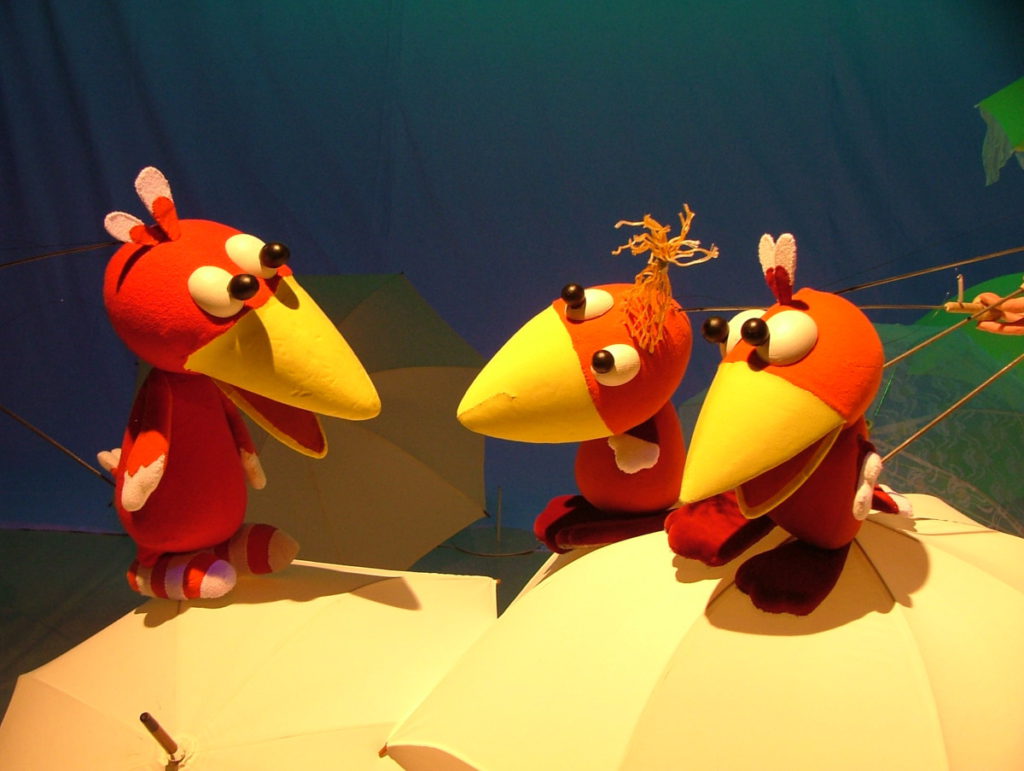 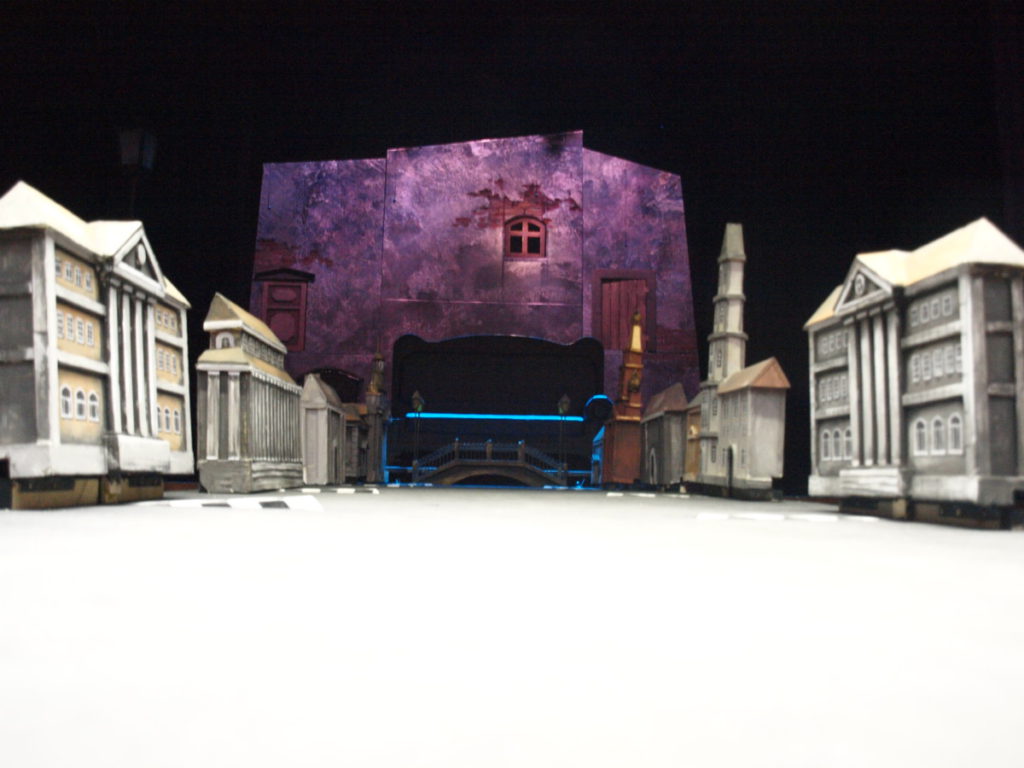 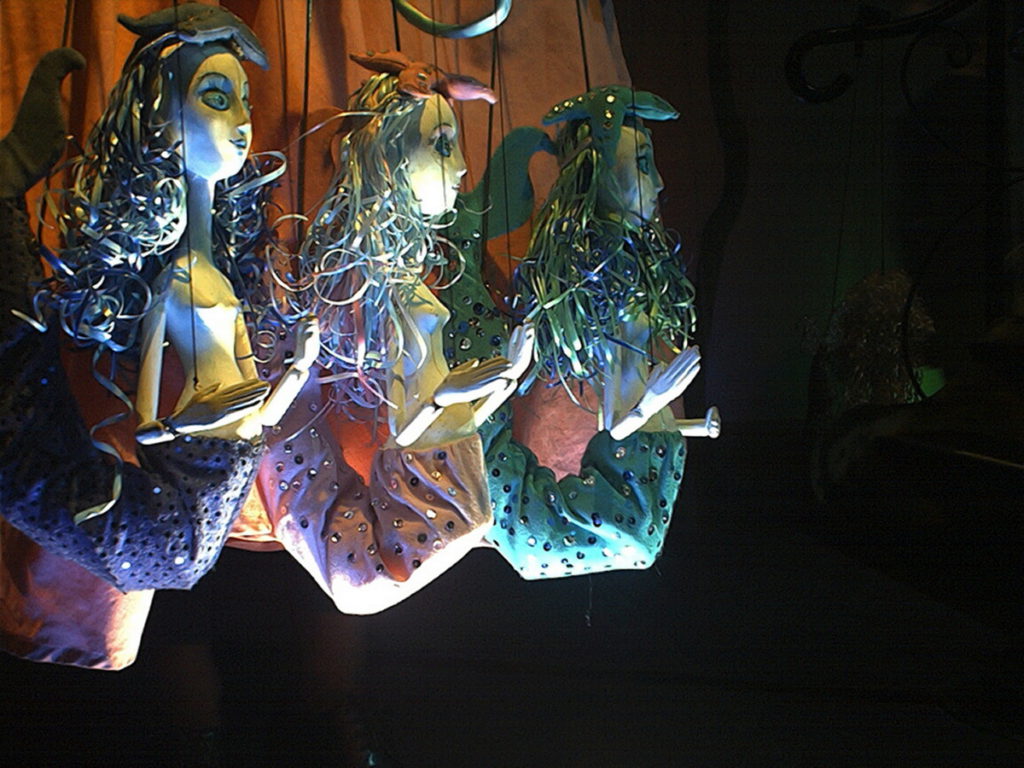 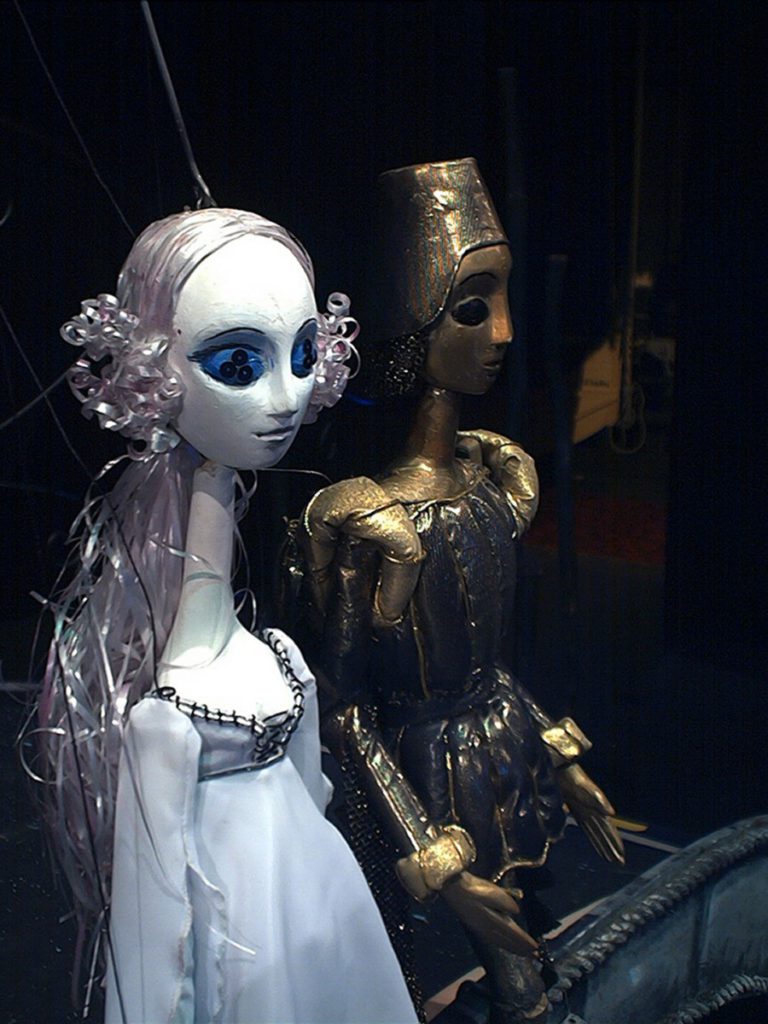 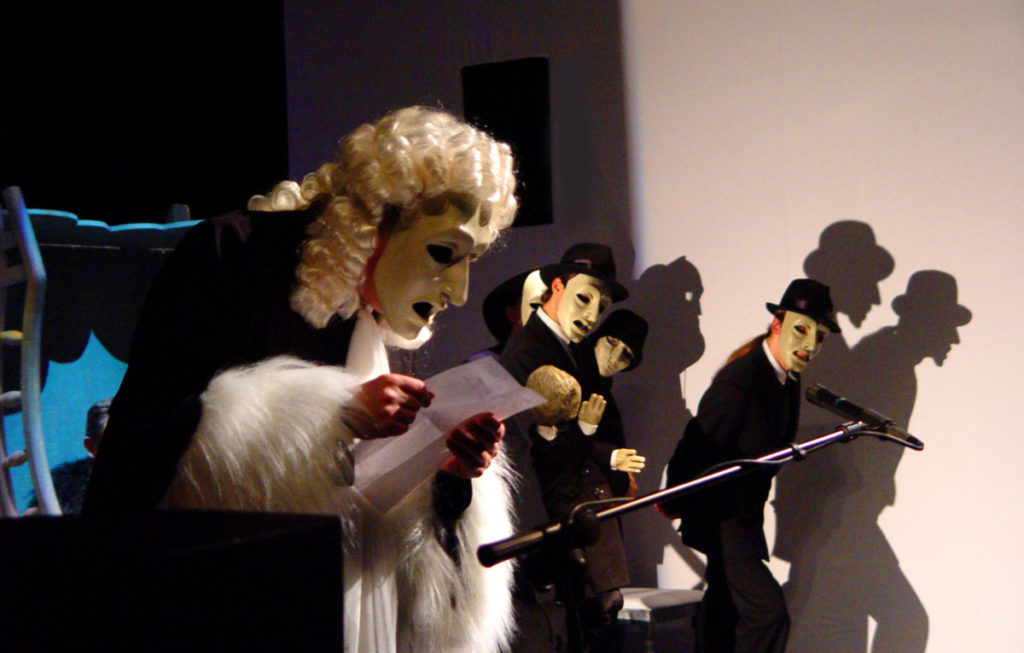 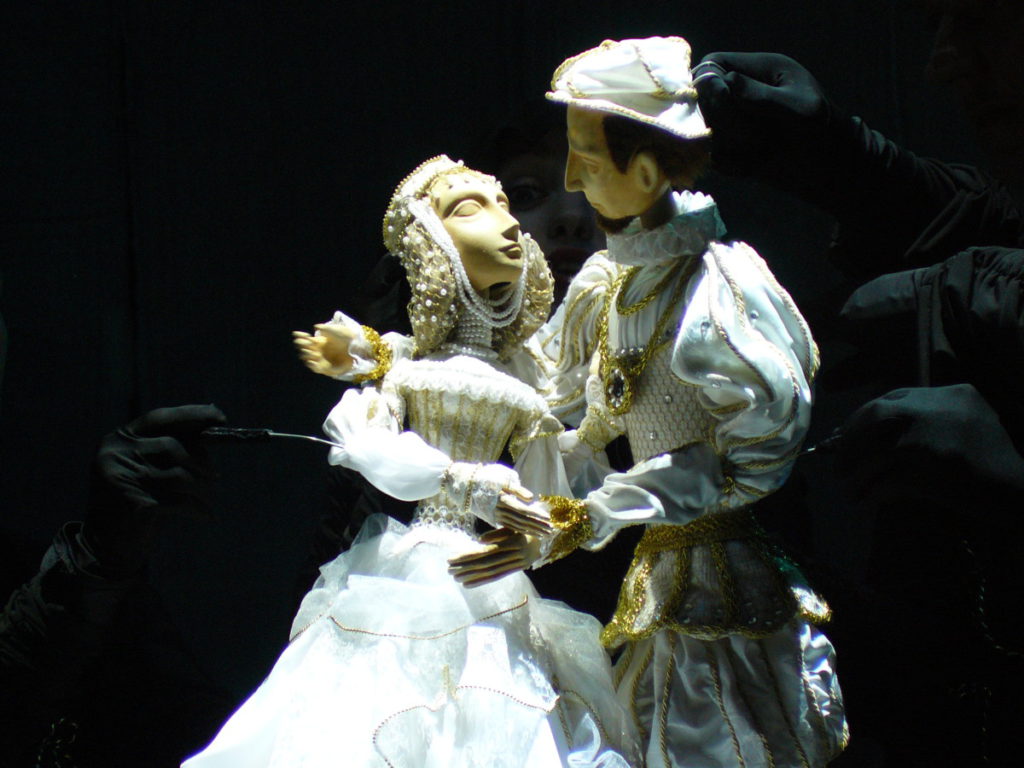 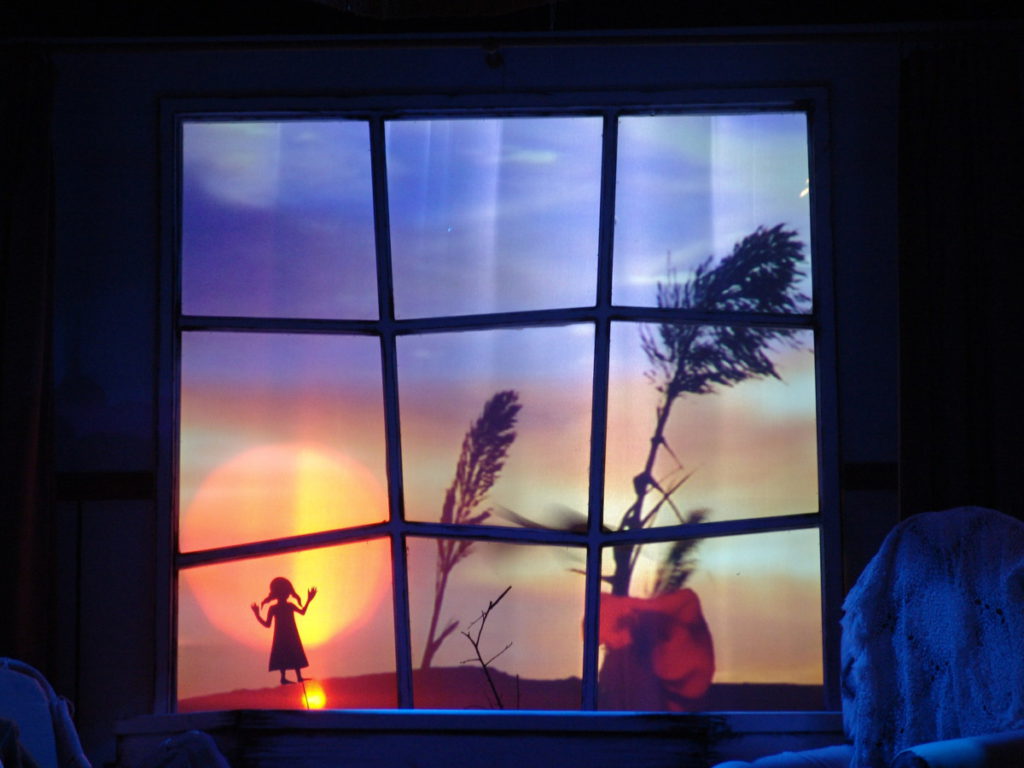 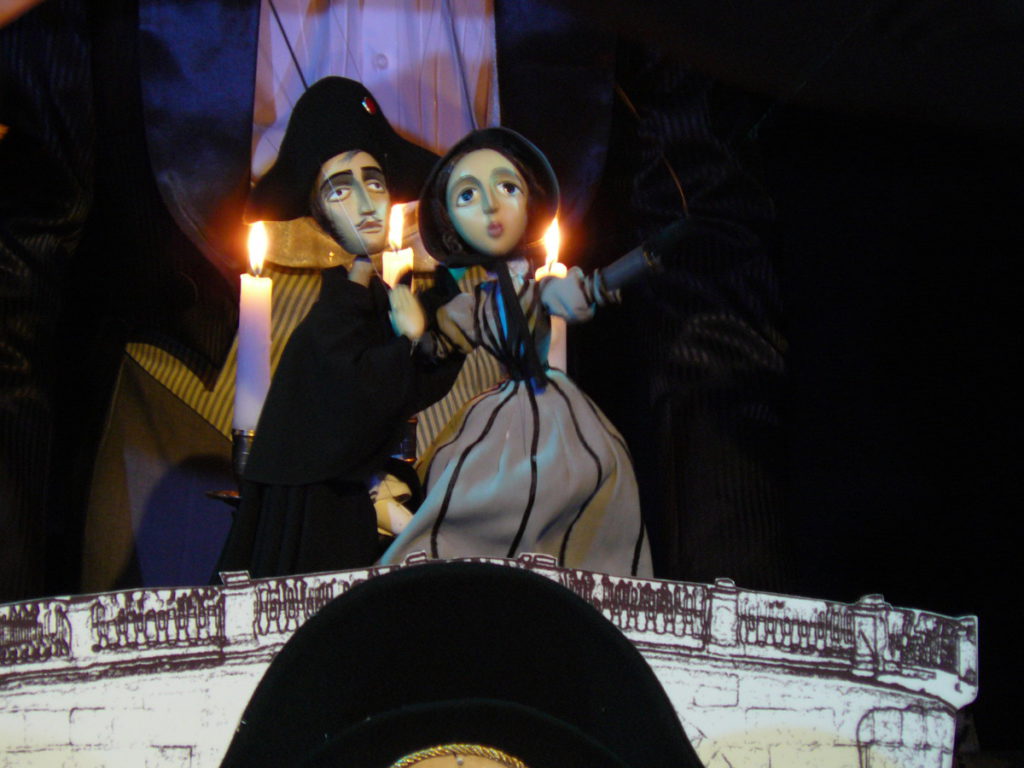 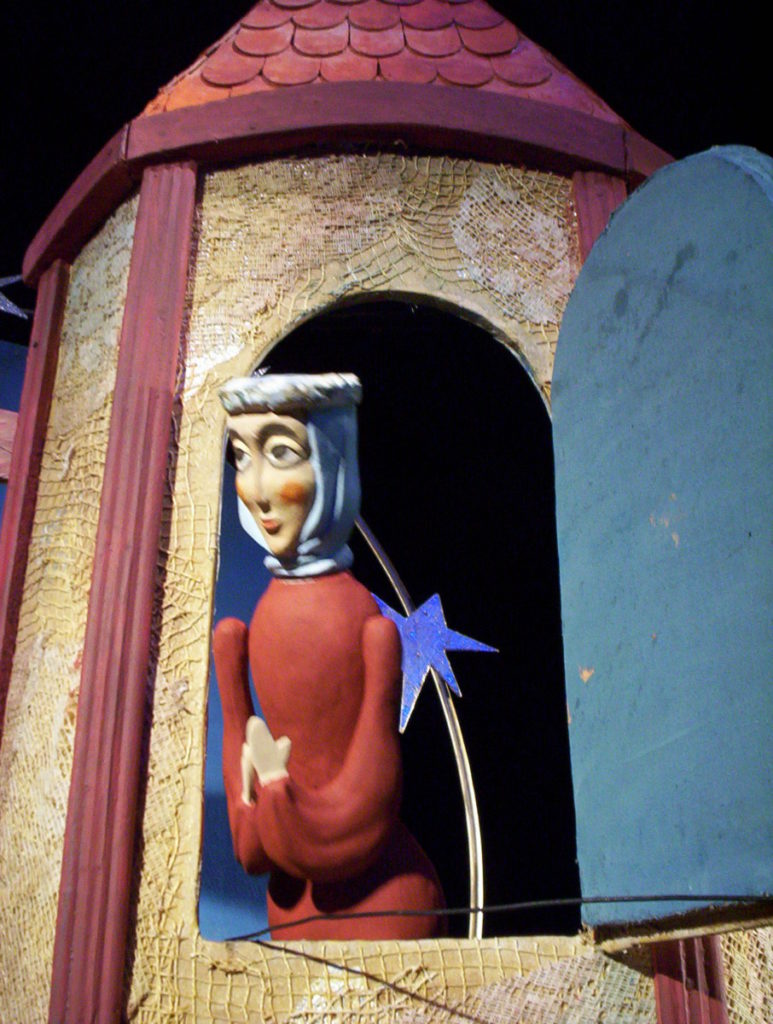 «
»
“Andersen’s fairy tales are dear to me because of their attempt to change this unchangeable world by means of certain humanistic Christian values, images. In general, all the strength of Andersen’s characters is in their weakness.”
Daria Michurina. K – Kultura. Ekaterinburg.rf
«
»
“Historically, puppet theatre has never been a theatre for children. This is not about playing with puppets, although such method is frequently used. This is a totally different kind of spectacle – much deeper, more philosophical. It demands understanding, the ability to disengage oneself, to read certain codes, which are put into the relations between the puppet and the human. Of course, this is for adults. For children, a visit to puppet theatre simply means watching a little fairy tale. The performance will turn into some kind of a simple coloring book, if at some point children do not get to understand that everything is for real, everything takes place here and now.”
Daria Michurina. K – Kultura. Ekaterinburg.rf
«
»
“The text in puppet theatre should be sparse, and it should not be illustrative. The only situation which allows much text is when this text is for the sake of musical imagery, when you do not have to discern the meaning of the text, but just listen to its sound. Generally speaking, it seems to me that Michael Chekhov would be more suitable to puppet theatre. He provides us with alienation. He seems to be virtually molding some kind of an image, and then he puts it on. The same thing happens in puppet theatre: there already is a ready image – just get into it.”
Natalia Zaitseva, Tatiana Kuzovchikova, "St. Petersburg Theatre Journal"
«
»
“… being a puppeteer requires a special way of thinking. <…>. In drama theatre an actor can play him or herself, and here there is a medium – a puppet, which is the quintessence, a certain bundle of energy – it is always between the actor and the audience.”
Natalia Zaitseva, Tatiana Kuzovchikova, "St. Petersburg Theatre Journal"

Career : As a child, I was influenced by Sergei Obraztsov. This influence lasted for a long time! In the first grade I played the Fox in The Little Round Bun, in the fourth grade I directed Malchish-Kibalchish at school, in the eighth grade I was the head of the amateur puppet theatre group hosted by the building management… I started working as a professional actor at Mogilev Regional Puppet Theatre. In 1988 I became the principal director there. I also worked at the Puppet Theatre in Brest.

Since 2000 I have been working at Grodno Puppet Theatre.  I have directed in Lithuania, Poland, Ukraine, Bulgaria, Slovakia, Russia.

Favorite authors, subjects, stories: Chekhov, Shakespeare, Gozzi. Besides that, since my childhood I have been a fan of Bazhov and Shergin. I am fond of folk fairytales.

Does a performance need text? Not always. Everything that can be conveyed without text, without verbal context, through visualization of the author’s idea – all that is ours, from the realm of puppet theatre!

Is the expression “puppet theatre” still relevant today? I would rather say ‘no’. There are too many systems, textures, various combinations of the actor and the object that we could still use this name, which describes precise form.

What, in your opinion, is the difference between puppet theatre in Russia and the West? If we look at East European puppet theatre, created on the basis of ‘socialist’ model of state theatre, all of us experience the same problems, characteristic of repertory theatre for children. It is state funding (or the system of grants, which also comes to our theatres), problems with the staff, problems pertaining to the training of specialists in higher education institutions (professional school), social support of creative youth (more often – lack of that).

What is useful about collaboration and cultural exchange? First of all, it is the widening of the creative horizon, the search for new forms of work and ways of existence of theatre. It is self-realization and search for the goal of existence in the global process of the development of art and its influence on community.

“Zhugzhda’s theatre text always has lots of layers and meanings, it is created with relatively sparse and reserved production means. The use of conceptual set design, contemporary stage effects, and the principle of improvisational acting creates in The Steadfast Tin Soldier the effect of immediate spectacle, unraveling in front of the audience.”

effect of immediate spectacle, unraveling in front of the audience.”
“There is no doubt that Oleg Zhugzhda has staged a puppet production – it is impossible to imagine it in drama. Here, complex relations between an actor and a puppet, a shadow and an actor, a puppet and a shadow are important. Zhugzhda focuses on every reference to puppet theatre in Dostoyevsky’s text – and plays out this reference. The production is built on the laws of cinema. Editing of the scenes, shifting between close-ups and long shots, looking at the same spot from different angles, shifting between statics and dynamics…”

Alexei Goncharenko about “... and punishment”

“The classical ‘saddest story in the world’, interpreted by Oleg Zhugzhda and set designer Yulia Selavri, has unexpectedly managed to surprise both the experienced audience and the actors-participants of the festival. The tragic story of lovers from Verona in the style of dance macabre was performed… by skeletons, who were scheming at the feet of the enormous statue of Death, marking every new death, happening on stage, with a stroke of her scythe. Paradoxically, the only alive people on stage were Romeo and Juliet – the life-giving love saved the unhappy lovers from the grave’s decay.”